Hirosaki Castle / Aomori Hirosaki Castle is located inside of "Hirosaki Park," which is very famous for its cherry blossoms.
Kakunodate Buke Yashiki-Dori / Akita A historical landmark of Kakunodate, Sendai, which flourished as a castle city. In spring the weeping cherry blossoms adorn the castle.
Kitakami Tenshochi / Iwate One of the "One Hundred Famous Sites for Cherry Blossoms," beautiful cherry trees line the 2-kilometer path.
Kajo park / Yamagata Designated as one of the "One Hundred Famous Castles of Japan," over 1,500 cherry trees bloom at once, making this the most popular cherry-viewing site in Yamagata.
Hitome Senbonzakura / Miyagi A colonnade of cherry trees stretches for approximately 8 kilometers. Hitome Senbonzakura is also considered to be one of the "One Hundred Famous Sites for Cherry Blossoms."
Tsuruga Castle / Fukushima In spring over 1000 Somei Yoshino cherry trees go into full bloom, enveloping the area in sweet aroma. The castle has also been selected as one of the "One Hundred Famous Sites for Cherry Blossoms in Japan."
Nicchusen Weeping Cherries / Fukushima Beautiful pink, weeping cherries line the 3-kilometer pathway.
Aomori Nebuta Festival / Aomori A summer spectacle held in Aomori, Aomori Prefecture, where over 2 million tourists attend each year. A must-see.
Akita Dog Village / Akita If you want to meet an authentic Akita dog, this is the place to go. Enjoy viewing authentic Akita dogs in the exhibit.
Suiden Terrasse / Iwate A beautiful hotel that floats on the rice paddy. Come and relax in an environment that melts into the surrounding tranquil scenery.
Chusonji Temple / Iwate A temple built in 850 with "Kinshokudo," an inner room decorated in gold leaf.
Ginzan Onsen / Yamagata An exotic hot spring village where timber inns and hotels line the hot spring river. In the evening, the entire area is enveloped in the soft glow of gas lamps. Truly picturesque.
Entsu-in Temple / Miyagi A beautiful and colorful garden in Matsushima. In summer enjoy beautiful rose gardens, and in the fall take in the gorgeous fall foliage. There is something beautiful to see with each season.
Ouchi-juku / Fukushima Ouchi-juku is a district that served as an important hub for travel and transportation during the Edo period. Even today, the nostalgic and original thatched-roof houses line the streets.
Oirase Rapids / Aomori Oirase Rapids is one of the most beautiful places to visit, with its lush forests, diverse landscape, and numerous waterfalls.
Shirakami Sanchi / Akita Shirakami Sanchi (forest) is a designated World Natural Heritage Site and home to the largest known Japanese beech tree forest.
Geibikei Rafting / Iwate Considered one of the "One Hundred Beautiful Sites of Japan." The captain of each raft uses only a single long pole to guide the raft down the river.
Mt. Chokai / Yamagata From the observatory a vast panorama and spectacular view of Mt. Tsukiyama, the Asahi Mountain Range, and Zao Mountain Range can be seen.
Zao Crater / Miyagi The gorgeous emerald-green crater lake is the symbol of the Zao Mountain Range. The color of the lake changes depending on how the sunlight hits the water.
Goshikinuma Ponds / Fukushima Depending on the vantage point, the color of the pond will appear different, which is why it is known as an unusual and "mysterious" pond.

Towada Barayaki / Aomori Towada Barayaki, invented by a vendor, is now a soul food of Towada city. Enjoy variations of the dish at different stores.
Hinajidori (Hina local chicken) / Akita Hinai Jidori chicken is considered one of the "Three most delicious types of chicken in Japan." Indulge in the succulent and authentic juicy flavor of chicken.
Maesawa Beef / Iwate Marble Maesawa beef has a bold, rich sweetness and flavor that is one of a kind and a must try.
Yonezawa Beef / Yamagata A name-brand marbled beef with a great balance of fat and a bold sweetness; the meat just melts in your mouth.
Gyu-tan (Beef Tongue) / Miyagi In Japan, the culinary culture of "Gyu-tan" is said to have originated in Sendai. Thin-sliced beef tongue is grilled over charcoal and served.
Enban Gyoza / Fukushima Fukushima gyoza (pot stickers) is known for being fried in a circle like a UFO in a frying pan.
Nokke Don / Aomori "Nokke-don" is the latest popular dish in Aomori. Go to the Furukawa Wholesale Market and Aomori Gyosai Center, choose your fresh fish toppings and have it added to a steaming bowl of rice.
Kiritanpo / Akita Kiritanpo is a typical Akita food, where rice is pounded into a paste and shaped into a bar, which is then roasted over coals, or cooked in hot pots.
Miyako Bin Don / Iwate An unusual and experiential dish, miyako bin is made by taking fresh sea urchin and stuffing it and other condiments into a milk bottle, then pouring it over a steaming bowl of rice.
Yamagata Dashi / Yamagata Fresh summer vegetables are minced and seasoned with soy sauce, bonito flakes, and other seasoning. Each family's version is slightly different. Enjoy by heaping a spoonful onto warm rice.
Harako Rice / Miyagi Rice is cooked in the bone broth of salmon, then topped with salmon and salmon roe. Exquisite dish.
Sauce Cutlet Don / Fukushima A familiar and popular peasant's dish of Aizu. Pork cutlets are soaked in a special sauce then placed on a bowl of rice.
Tsuyu Yakisoba / Aomori Kuroishi City is known as the city of Yakisoba. Grilled noodles are seasoned with juicy broth. A truly unique dish.
Inaniwa Udon / Akita Inaniwa noodles are a traditional signature dish of Akita, and have a very delicate and classy taste.
Wanko Soba / Iwate As soon as your bowl is empty, be careful, because it will be filled immediately until you say "no more!" Enjoy a Japanese food fight!
Meat Soba and Tori-chuka (Chicken Noodles) / Yamagata A bold and firm country soba topped with delicious chicken, and served in a chilled chicken-flavored soup. Tori-chuka is a B-class dish that originated as a food for the kitchen staff.
Ishinomaki Yakisoba / Miyagi Toasty-brown noodles cooked twice in a bamboo steamer are the key ingredients of Ishinomaki famous yakisoba.
Kitakata Ramen / Fukushima Kitakata Ramen is said to be one of the "Three most popular ramen stores in Japan." There are many shops that serve ramen from breakfast!
Apple Pie / Aomori Delicious pies made with Aomori famous "apples." Enjoy a variety of different apple pies throughout Aomori prefecture.
Babahera Ice Cream / Akita Pink and yellow sorbet-type ice cream. The staff will shape the ice cream like a rosebud.
Koiwai Farm Soft Serve / Iwate Famous soft serve ice cream made with fresh milk.
Cherry Parfait / Yamagata A luxurious parfait topped with Yamagata cherries. This delicious parfait is available between mid May to mid July.
Zunda Mochi / Miyagi Zunda mochi is mochi topped with a vivid green soy bean paste. Enjoy the natural color and aroma of "edamame."
Fruitea Fukushima / Fukushima "Fruitea Fukushima" is known as the "café on wheels" where one can enjoy a myriad of seasonal treats. (*The sweets menu is subject to change depending on the season.)

Fun Tohoku with Your Family

Apple picking / Aomori Enjoy picking famous Aomori apples and eating them right there on the spot!
Kayak Tours on Lake Tazawa / Akita The Lake Tazawa kayak tour is a popular activity that allows the entire family an opportunity to experience nature.
Morioka Reimen Noodle-making / Iwate Try your hand at making homemade reimen noodles from scratch, then tasting it on the spot.
Mogami River Boat Tour / Yamagata Take in the beautiful scenery of Mogami Canyon and the delightful conversation of the captain as the boat gently glides down the river.
POKĒMON with YOU TRAIN / Miyagi Pikachu inside, outside, and everywhere! The Pokemon train is fun for the whole family. ©2021 Pokémon. ©1995-2021 Nintendo/Creatures Inc./GAME FREAK inc.
Aizu Painted Candles / Fukushima Aizu painted candles is a traditional craft that showcases the unique techniques of the craftsman on every candle.
A-FACTORY / Aomori All of the great local "foods" from around the prefecture gathered in one place! Visitors can view the distillation process of cider made with local apples through the glass window.
Namahage Museum / Akita The museum displays the masks and costumes of "Oga Namahage," which is an Important Intangible Folk Cultural Property of Japan.
Iwate Safari Park / Iwate An interactive park where visitors can view the ecology and actions of the animals from their car or safari bus.
Kamo Aquarium / Yamagata The jellyfish exhibit, was entered into the Guinness Book of World Records for having the most variety of jellyfish.
Sendai Arcade Street / Miyagi Six shopping arcades comprise the Sendai Shopping Arcade between Sendai Station and Sendai's symbol road, "Jozenji-Dori avenue."
Spa Resort Hawaiians / Fukushima Six different water-themed parks spread across the premises equal to six Tokyo Dome stadiums. It's summer all year long here at this Hawaiian Resort.

Hakkoda Ropeway / Aomori The entire region of Aomori can be seen from the summit "Sancho-Koen Station."
Nyutou Onsen / Akita Experience to your heart's content the natural and picturesque scenery that changes with each season.
Jyodohama Coast / Iwate In winter, the snow-dusted rocks and beach and the contrasting vivid blue color of the ocean create a breathtaking vista.
Yamadera / Yamagata Climb the long stone steps lain against the backdrop of majestic mountains, and you will be rewarded with a spectacular view.
Aone Hot Springs Snow Light Path / Miyagi A myriad of handmade snow candles embraces the area in a gentle and mystic glow.
Lake Inawashiro / Fukushima The third-largest freshwater lake in Japan, Lake Inawashiro, has a transparency of 12 - 15 degrees.
Tsugaru Stove Train / Aomori Enjoy a feeling of nostalgia as you warm up by the pot-bellied stove and take in the beautiful snowscapes from the train.
Kamakura Museum / Akita This commercial complex with Fantastic Gallery allows visitors to experience igloos and winter all year long.
Smelt-fishing on Lake Gando / Iwate Smelt-fishing is an activity for all ages. It is done by drilling a hole into the frozen lake and dropping a fishing line into the water.
Zao Ropeway / Yamagata A work of art formed by vast yet delicate ice and snow is truly a masterpiece of nature.
Miyagi Zao Fox Village / Miyagi This unique zoo where foxes are the main attraction is truly unseen worldwide.
Snowshoeing Urabandai / Fukushima Snowshoeing allows visitors to experience the "mystique of winter." Some of the known winter views include Goshikinuma Pond and the Yellow Falls.

Angela, is a Filipino teacher and content creator who has found her way home in the Land of the Rising Sun. Join me and get to know more about my adventures. Taste the creative life and cuisine, see remarkable sceneries and landmarks, and explore the beautiful culture found in Japan. 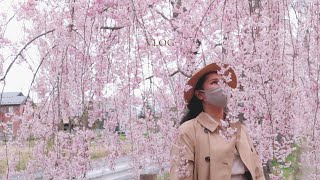 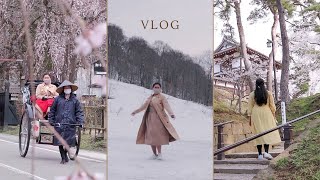 When Fumiya uploaded a video of his life in the Philippines that he visited while studying abroad on YouTube, the video in halting English became a hot topic in the Philippines. With that as a trigger, he entered and won the audition for the Philippine national variety show PBB (Pinoy Big Brother).
Fumiya's pure character in the program grabbed the hearts of Filipinos and became known as "the most famous Japanese in the Philippines". Its popularity is tremendous and exceeds that of Japanese idols. Currently (October 2021), the total number of followers of SNS channels including Fumiya's YouTube has exceeded 5,000,000. Currently, due to the corona virus situation, he is expanding the scope of his activities with a view to bridging the Philippines and Japan, focusing on activities in Japan. It is said that Fumiya's energetic activities are backed up by the inscription "Word Execution" . 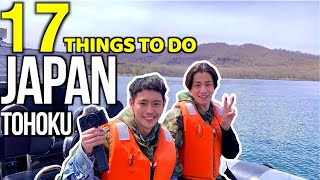 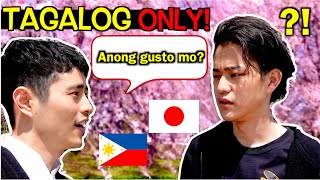 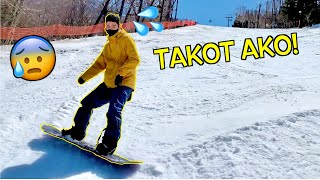 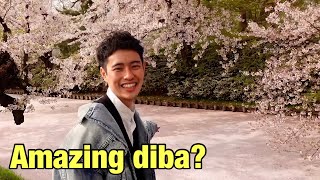 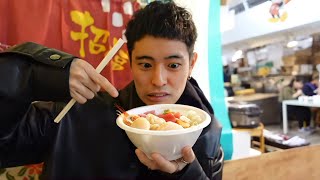 Grace, is a proud Filipino mom living in Japan who loves creating digital content (vlogging and blogging) to share her experiences and interests in travel, leisure, nature and cultural diversity. 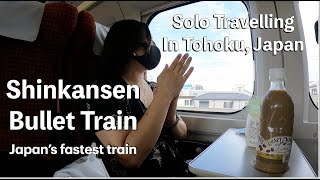 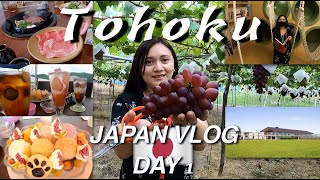 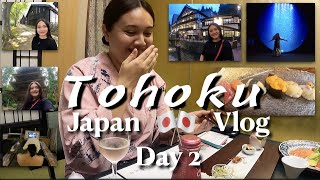 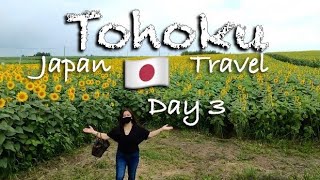 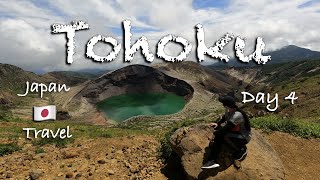