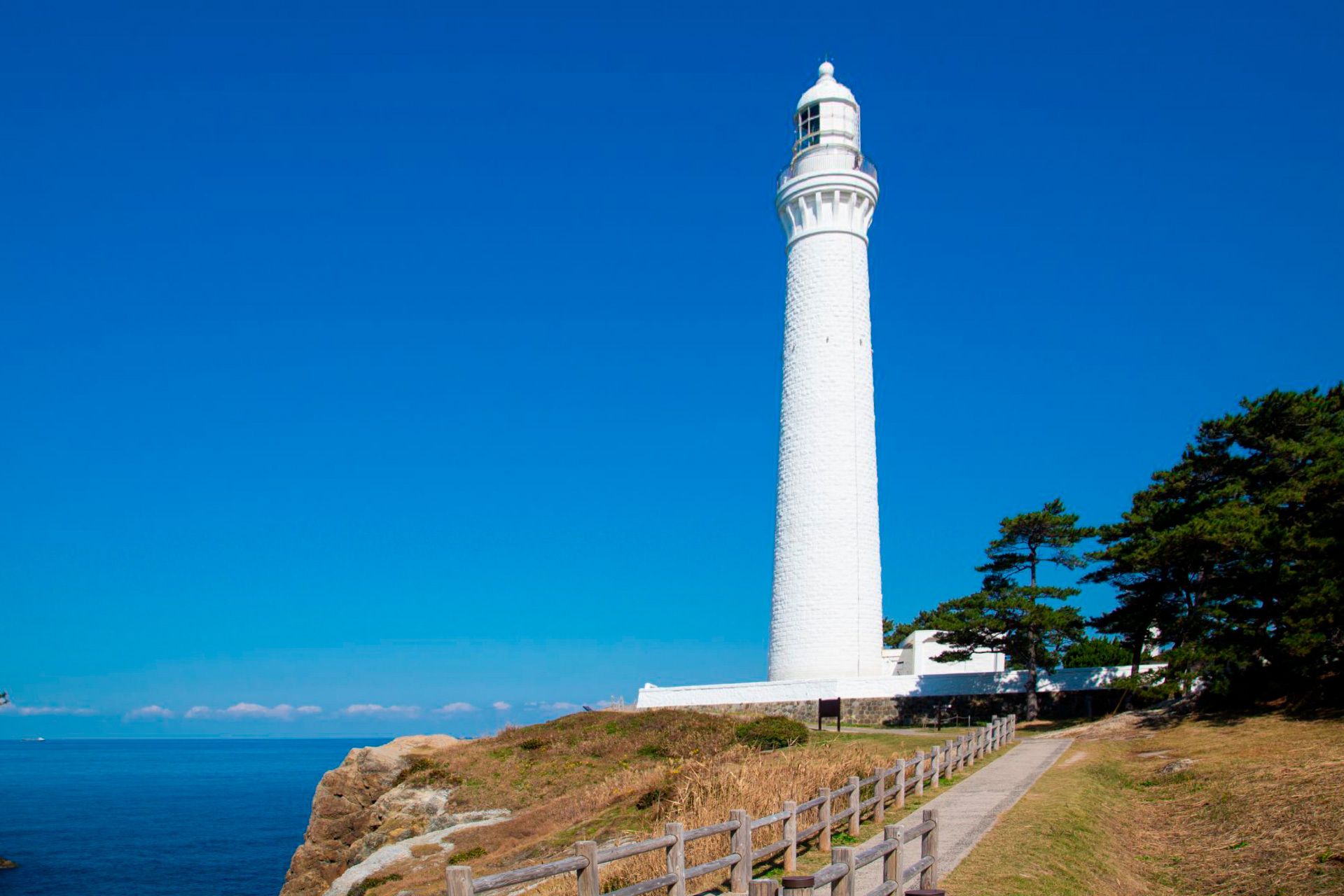 A stark white tower rising from the cliffs, it's impossible to miss Izumo Hinomisaki Lighthouse in Izumo , the tallest lighthouse in East Asia.

Climbing the 163 steps to the top rewards you with dramatic views. The 360-degree observation deck is almost 40 meters above ground, with views up and down the coast, inland over the Izumo region and as far as the Oki Islands more than 50 kilometers out in the Sea of Japan.

The lighthouse and its surroundings make a fantastic spot to view the sunset. You can buy snacks from nearby cafes and enjoy the views from the parklands. The lighthouse also has a small, free museum showing you its history and construction.

Located at the western tip of the rugged Shimane Peninsula, this quiet area is dotted with ancient shrines, the largest being the vivid red Hinomisaki-jinja Shrine.

Just 200 meters from the lighthouse in its own little cove, the vermilion buildings of Hinomisaki-jinja are set against the dark green forest, offering you a more intimate experience than the famous but slightly overpowering Izumo Taisha.

Already well established by the seventh century, the current form of the shrine was built under the order of Tokugawa Ieyasu in 1644.

Look for the small Karakuni Shrine which attests to the region's deep historic ties to the Korean Peninsula.

Afterward, stroll down the narrow alleys between fishermen's homes with their racks of freshly-caught fish drying in the sun. Don't miss the beautiful view of Fumishima, an islet covered with columnar joint that is a major breeding ground for black-tailed gulls.