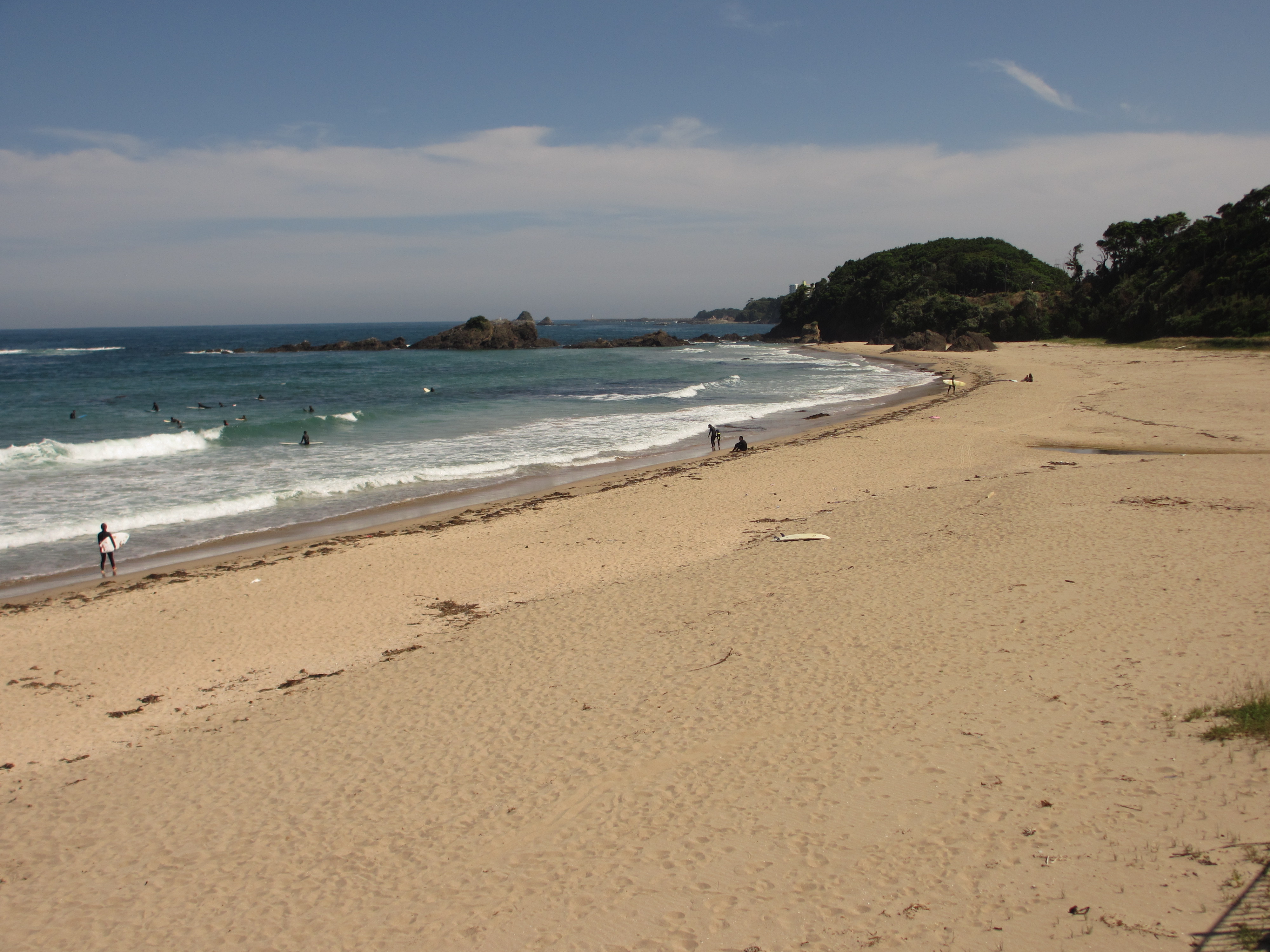 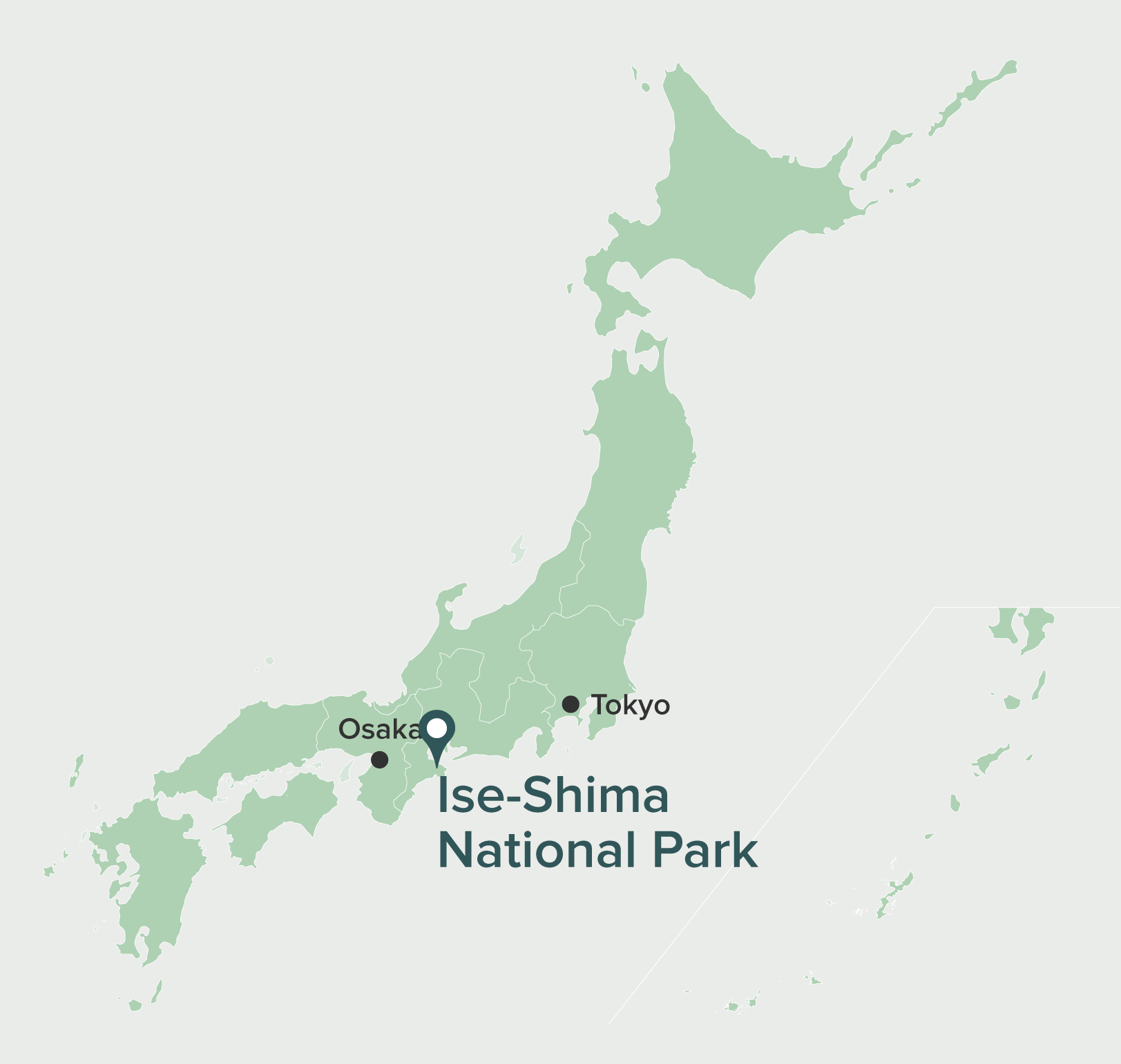 This short walking course takes you to sandy beaches, unusual Buddhist statues and a panoramic view from Mount Konpira

This walking route begins at the port town of Goza on the Sakishima Peninsula, easily accessible via the Ago Bay Liner from Kashikojima as well as by bus, car and bike. A few minutes' walk west from the port is the Ishibotoke-Jizoson, a Buddhist statue depicting Buddha that sits half-submerged in the sea.

Before rejoining the main course, you can take a detour to Goza-Shirahama Beach, which is a popular swimming spot. After relaxing at the beach, head back the way you came until you reach the two-lane national road, then follow that inland toward Mount Konpira. After a few minutes, you'll reach an intersection, with the observatory signposted to the right along a small road.

After enjoying the magnificent view from Mount Konpira Observatory, continue along the path, which leads down toward the Pacific Ocean. Once you reach the prefectural road, turn east and follow the shoreline to Azuri Beach, a picturesque spot with a small pine-topped island sitting just offshore. The Ama Museum and Ama Hut Experience Facility (Satoumi-an) are both nearby.

To return to the start of the walking course, take a bus headed to Ugata. 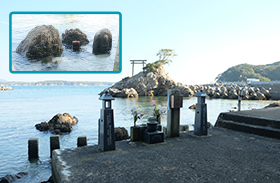 This small stone statue of Jizo (the guardian deity of children) has reportedly been here since ancient times and is considered a local treasure. According to legend, the deity inhabiting the statue instructed villagers not to move it from its semi-submerged position in the bay, so to this day it's worshiped there. 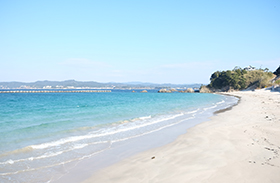 This beautiful, natural crescent of soft white sand attracts a large number of people each summer. The water safe for swimming, and the beach has a nice range of facilities, from accommodations to restaurants where you can sample fresh local seafood. 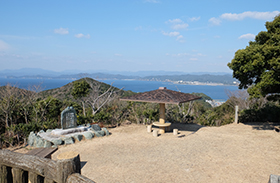 Set on Mount Konpira (110 m) near the tip of the peninsula, this observatory commands 360-degree views of Ago Bay and the Kumanonada Sea. On some days, you can see Mount Odaigahara in the distance, and when conditions are especially clear, you may even catch a glimpse of Mount Fuji. 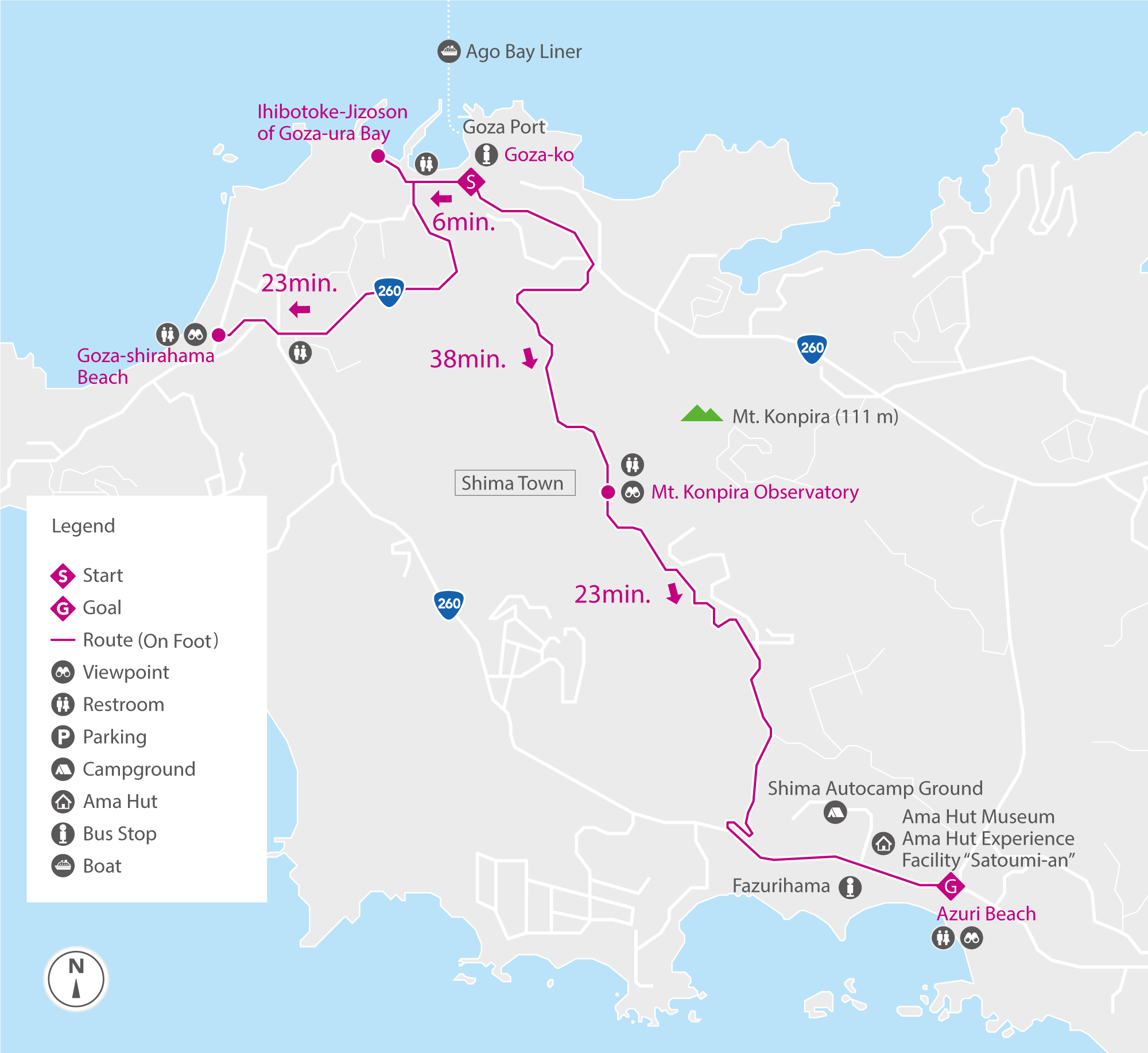