Enjoy sea, sun, and sand and coral reefs at this scenic getaway

Get away from the bustle of Tokyo in this rural paradise just across the bay. Take in vibrant foliage in the hill country of the lower peninsula or walk along pristine coastlines and rugged cliffs in the coastal area.

Train: The JR Uchibo Line stretches along the west coast of the peninsula, while the JR Sotobo Line runs down the east coast. To access either, take the Keiyo Line from Tokyo Station to Soga Station. The trip takes one to two hours depending on how far you travel.

Bus: There are highway buses from Tokyo Station to specific Boso destinations like Tateyama and Kamogawa.

Car: Take the Aqua Line from Tokyo to the Boso Peninsula.

Ferry: Take the Tokyo Bay Ferry to Kanaya on the Boso Peninsula from Kurihama on the Miura Peninsula. It takes about 40 minutes.

One of Chiba's most popular attractions is Kamogawa Seaworld , an aquarium on the southeast edge of the peninsula with a gorgeous view of the Pacific Ocean. It has around 11,000 sea animals including killer whales, dolphins, sea lions, otters, belugas, pelicans, and penguins.

The aquarium is also a marine research and protection facility that promotes animal breeding. Regular performances and educational activities are held here, and you can interact with the animals.

The orca show at Seaworld

One of the most historically significant structures in Chiba is Tateyama Castle . It was built in the latter half of the 16th century by feudal lord Satomi Yoshiyasu and rebuilt in the 1980s as an annex to Tateyama City Museum.

The castle sits on the 66-meter high hilltop of Shiroyama Park and is open to the public. Go inside to view exhibits on Chiba's history. The third-floor observation area offers sweeping views of Tokyo Bay.

The museum's exhibitions show you what life was like in the 16th century Boso. Permanent exhibits include displays of swords, armor, earthenware, and reconstructed houses, as well as information on Boso culture and folklore.

Shiroyama Park, which surrounds the castle and museum, is a lush area with beautiful cherry blossoms in the spring and is excellent for bird watching year-round. Rare plants and small shrines can be found throughout the park.

Views of the Pacific at Nojimazaki Lighthouse

At the very tip of the Boso Peninsula is Nojimazaki Lighthouse , one of the world's 100 most important lighthouses according to the International Association of Lighthouse Authorities. First lit in 1869, it was built under the Anglo-Japanese Treaty of Amity and Commerce at the beginning of the Meiji Period and was Japan's second Western-style lighthouse.

The 29-meter lighthouse has undergone some damage and reconstruction but maintains its basic original structure. It offers a panoramic view of the boats coming in and out of Tokyo Bay as well as the vast expanse of the Pacific Ocean.

Sandy beaches and coral on Okinoshima

Okinoshima is at the southern end of Tateyama Bay. One kilometer in circumference, it is connected to the mainland by a hundred meters of sandy beach.

The water here is calm and clear and has the northernmost reach of coral in Japan. As such, it's a great place for snorkeling. The island contains various trees and plant life, unique seashells, and interesting rock formations. The sandbar that connects the island is a perfect place to watch the sunset.

The Boso Peninsula is known for its many colorful flowers, and the Boso Flower Line is the perfect place to view them. This is a scenic road that stretches along the southern coast from Chikura to Tateyama. At the sides of the road are farms and parks with blooming flowers in all seasons, but the most spectacular are winter's nanohana (rapeseed) and swamp chrysanthemum. Along the way are quaint little seaside towns.

As there is a lot to see and do on the peninsula, be sure to set aside an entire day for your trip or consider an overnight visit. 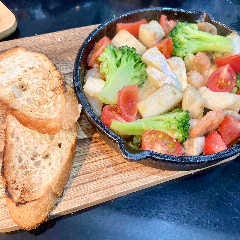