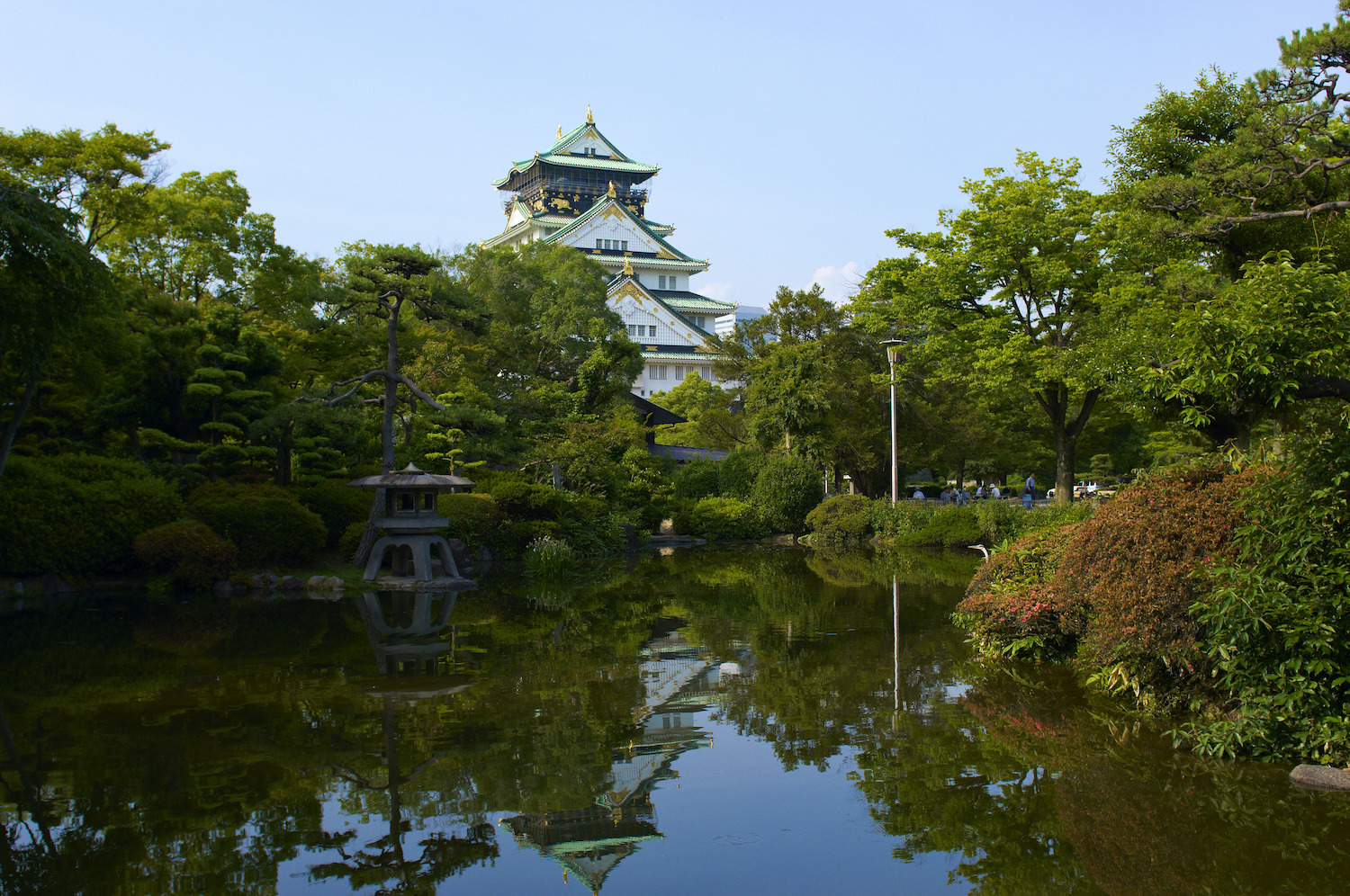 Built by the "Napoleon of Japan," imposing Osaka Castle towers over the city

Osaka Castle is arguably Osaka's most prominent landmark and belies bloody power struggles leading up to the 1603 foundation of the Edo era. While its history dates back to 1583, the landmark main tower that is the castle's icon was only re-constructed in 1931.

Today, the history museum adjacent to the castle documents its rich history, while the surrounding park and green space are a hub for Osakans to jog, cycle and relax.

Osaka Castle can also be reached on foot from Tanimachi Yonchome Station on the Chuo and Tanimachi Metro lines.

Hideyoshi Toyotomi, known as the "Napoleon of Japan," began construction of Osaka Castle in 1583. Since then, Osaka Castle has served as the scene of various conflicts, and was burned down and rebuilt several times. The current castle keep was rebuilt in 1931. Inside the castle keep is a museum that contains information on the history of Osaka Castle.

The museum inside the castle is open from 9 a.m. to 5 p.m. Admission for adults is 600 yen, and free for children age 15 or younger. For more information, please visit the official website.

A green oasis in the city

Osaka Castle is surrounded by 106 hectares of open park, making it a pleasant refuge from the city's more urban areas.

Join the runners around the outer moat, or board a gozabune sightseeing boat for another view of the castle.

With an abundance of cherry, apricot and plum trees, the diverse flora promises beautiful displays in both spring and fall.

Osaka Castle sits on a hill and towers above many contemporary office buildings. It is surrounded by a huge park with pleasant picnic areas, making it a perennial favorite in spring during the hanami (cherry blossom viewing) season.

For a panoramic view of the cityscape, climb the stairs or take the elevator up to the observation deck at the top of the castle.

The castle also houses a museum with over 10,000 historical artifacts, which will give you a deeper insight into the prominent role Osaka played in Japan's history.

Things to do near Osaka Castle

In addition to Osaka Castle, Nishinomaru Garden and the surrounding park, there are a handful of other attractions in the area. Osakajo Hall is a large concert venue and event space that hosts many international headliners. The Osaka Museum of History gives an in-depth look at the city's past, and the Mint Museum Osaka has a number of exhibits on the history of money in Japan.