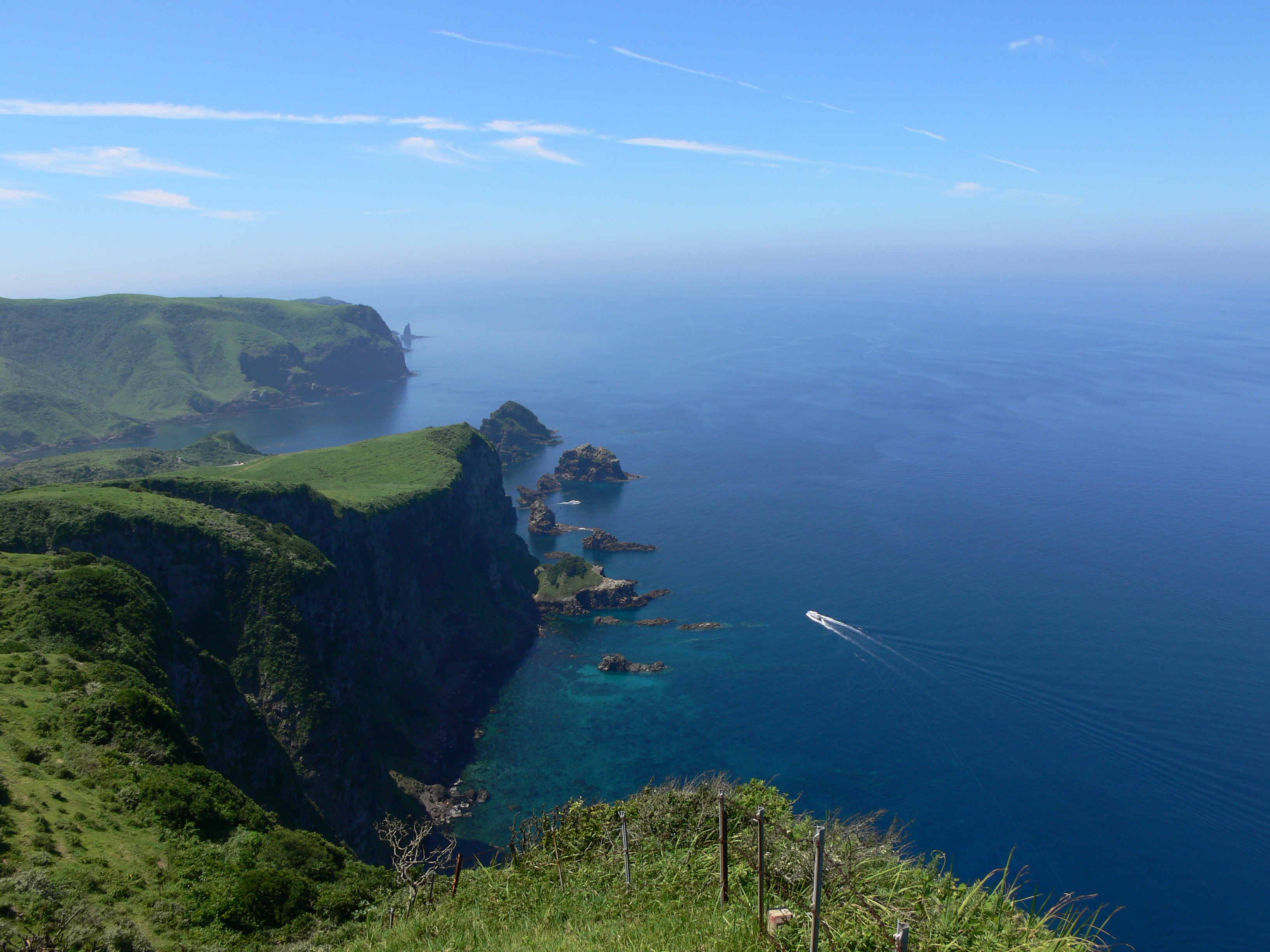 Impressive and jaw-dropping cliff along a stunning stretch of coastline

Rising 257 meters above the pounding surf below and sculpted through years of erosion, Matengai Cliff is peak viewing along the Kuniga coastline of Nishinoshima, an island in the Oki Islands UNESCO Global Geopark . It is best to set aside an entire day to explore Nishinoshima.

The cliff carpark is a popular sunset viewing point

The track from the clifftop to the shoreline below is a steep 2.5 kilometers

Matengai Cliff is ten kilometers from Beppu Port and five kilometers from Urago Port. Public transport is limited on Nishinoshima, making cycling or car rental the most convenient options.

Ferries and the smaller inter-island ferries dock at Beppu Port. The tourist information office at Beppu Port can help with travel arrangements and advice on organized tours.

Matengai Cliff rises 257 meters above the surf below and offers fantastic views of the dramatic coastline. From here, you can see the 200-meter-high Akao Lookout a few kilometers down the coast and the many strangely shaped rocks of Kuniga Coast. This area is a pasture where horses and cows graze peacefully; an unusual sight in Japan.

The bay between Matengai Cliff and Akao Lookout is called Tenjokai, or Heavenly World. It is made up of multi-colored sea stacks, sea caves, and a natural arch called Tsutenkyo, or Heaven's Bridge. Many of the rock formations are named for their shape, like Elephant Trunk Rock, Frog Rock, and Kannon Rock.

A boat with a view

If you're not up for a hike, take a ride on one of the several tour boats that cruise the coastline. They operate out of both Beppu and Urago ports between April and October and offer an alternative but no less stunning view of the coastline.