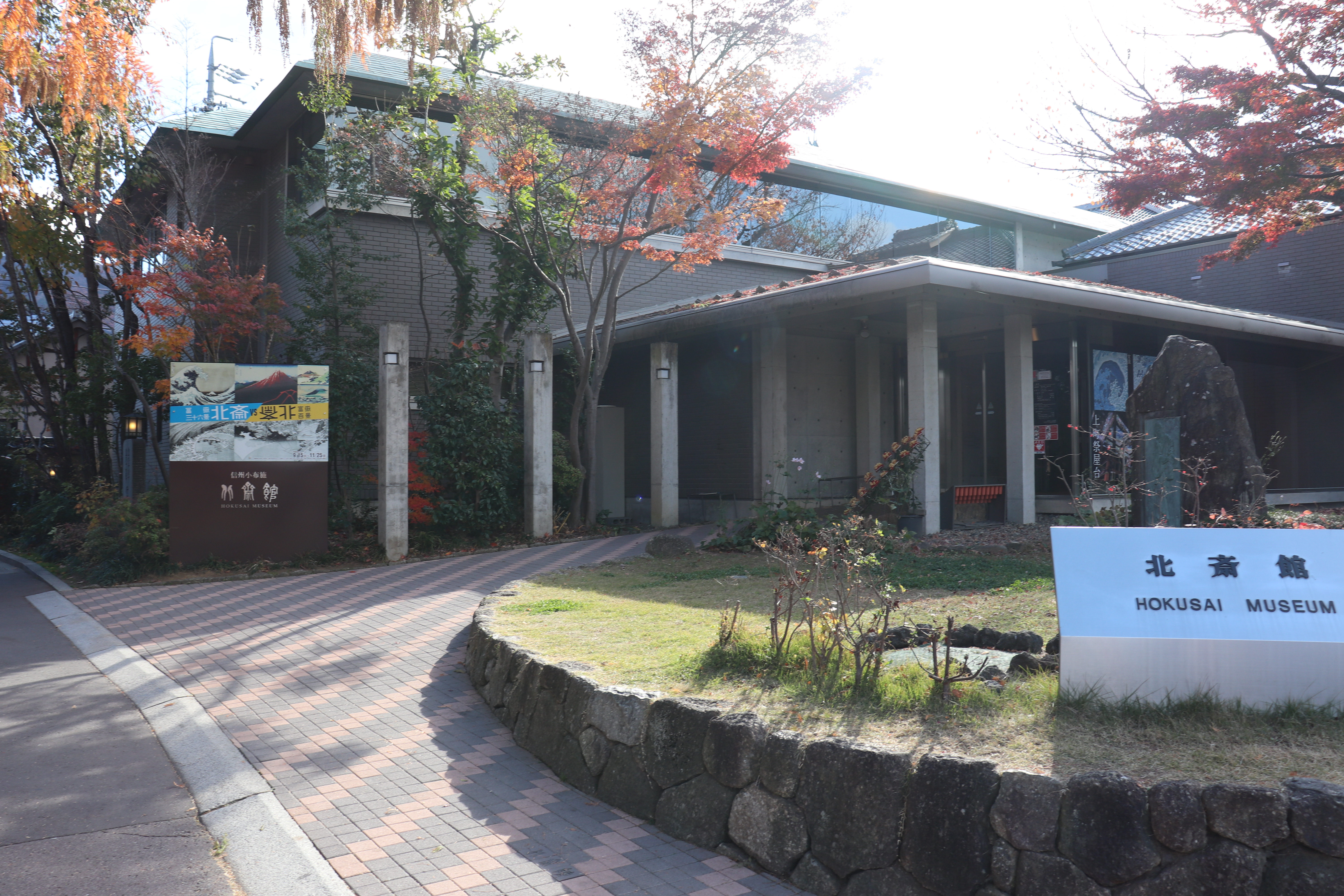 A collection from the floating world of Hokusai

The Hokusai Museum is a diverse tribute to the renowned Japanese artist Hokusai Katsushika who visited several times near the end of his life in the charming town of Obuse, about 20 kilometers northeast of Nagano.

You can easily reach Obuse with a half-hour train ride from Nagano City .

From Tokyo, Nagano City is a straight one hour and 20-minute ride on the Hokuriku Shinkansen. Osaka and Kyoto also have a shinkansen connection to Nagoya, followed by the Shinano Express to Nagano.

The Nagano Electric Railway will bring you from Nagano to Obuse. The museum is just a 12-minute walk from Obuse Station.

The master in Obuse

Hokusai Katsushika was a master of Ukiyo-e, a Japanese genre of painting and woodblock printing that flourished between the late 17th and late 19th centuries.

The word "ukiyo" means "this world" or "the present world." Ukiyoe is an artform featuring depictions of the everyday themes preferred by ordinary people, including scenes of daily life in cities and towns, beautiful women, and travel landscapes. Hokusai's famous Thirty-Six Views of Mt. Fuji series was one of these. It includes the renowned painting of the Great Wave off Kanagawa. This Japanese aesthetic, and Hokusai's work, in particular, influenced Western artists like Monet and Van Gogh.

When he arrived in Obuse in 1844 at the behest of a local merchant, Takai Kozan (1806–1883), Hokusai was one of Japan's most prominent artists. Working from his studio annex, he created a variety of new works. The Hokusai Museum is a treasure trove of his work. Established in 1976, it includes woodblock prints, hanging scrolls, and two intricately decorated festival floats, as well as many other works. The museum displays some of Hokusai's rare three-dimensional work.

Hokusai's elaborate ceiling mural at Ganshoin Temple, located about two kilometers away, is a must-see. This Soto Zen temple was founded in 1472, and Hokusai's mural there was one of his final large-scale installations. It's a 30-minute walk or 10-minute bus ride from central Obuse.

Not far from the Hokusai Museum is the Takai Kozan Memorial Museum. Here you can view some of Takai Kozan's own work, and the historical Yuzenro building, where literati and artists such as Gyosai and Shozan had discussions with Kozan.

Obuse has a reputation as one of Japan's most scenic small towns. Streets paved with blocks of chestnut wood are great for slow strolls while popping into the refurbished townscape's many shops and cafes.

The town has long been famous for its chestnuts. You can try all kinds of chestnut confectionaries and cakes at one of Obuse's many charming cafes.

Local sake is popular, with some brews still handcrafted in cedar barrels. Stop by Masuichi-Ichimura brewery or Matsubaya for samples.