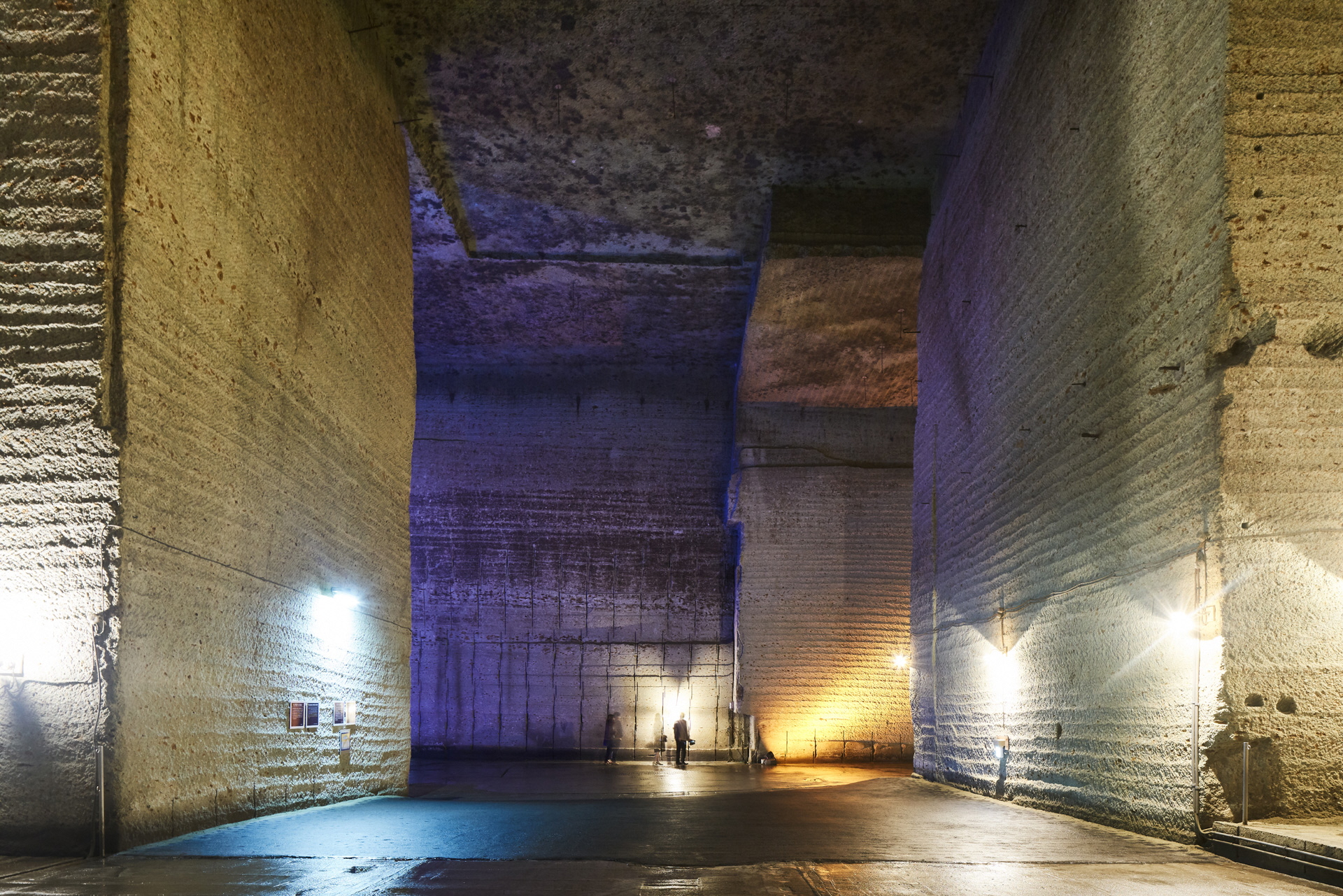 A museum where history is set in stone

Located on the outskirts of Utsunomiya , the Oya Stone Mine was once a major source of wealth for the area. Though long defunct, parts of the mine have been transformed into the Oya History Museum, this underground realm now a site offering a one-of-a-kind exploration.

Buses run to the Oya History Museum from Utsunomiya Station.

From the west side of Utsunomiya Station, take the bus at stop six heading for Oya/Tateiwa. The ride will take about 30 minutes. Get off at the Shiryokaniriguchi stop; the museum is a three-minute walk.

A rock for the ages

Created from lava and ash, igneous Oya stone is easily carvable, resistant to erosion, and has been used in Japan since the 17th century for everything from tombs to paving stones to Tokyo's Imperial Hotel . Its use declined dramatically with the spread of concrete.

The Oya History Museum opened in 1979, giving the quarries a new direction. The last mines closed in 1986, but the museum continues to thrive as one of Utsunomiya's most popular destinations.

A small building houses oya stone-related exhibits, but the real draw is the massive underground network of caverns with more than 20,000 square meters of open space. Exhibits along the walls explain local geology and the history and methods of oya quarrying.

Not your ordinary mine

Walking underground through such open spaces is a rare experience. Artwork is displayed throughout the mine, and many of the rooms are illuminated with various colors, creating a sometimes surreal atmosphere.

Event spaces have also been carved into the caverns; these host weddings and concerts, and have become popular as sets for music videos, commercials, and films.

Two hours is about enough time to fully explore the museum. Deep underground, the air is cool, even during summer, so make sure you have something warm to wear.

After your underground adventure

Outside the museum, Rockside Market has a cafe with tasty ice cream and a gift shop to help you ease back into the surface light and air.

Nearby Oyaji Temple is a ten-minute walk from the museum and worth a visit. Over 1,200 years old, the temple is built into a towering section of exposed oya stone. It is dedicated to Kannon, the Buddhist goddess of mercy. A visit here offers a rare glimpse at some of Japan's oldest Buddhist carvings.

Take a moment to admire the colossal statue of Kannon across the street from the temple. It was carved as a monument to peace after WWII.