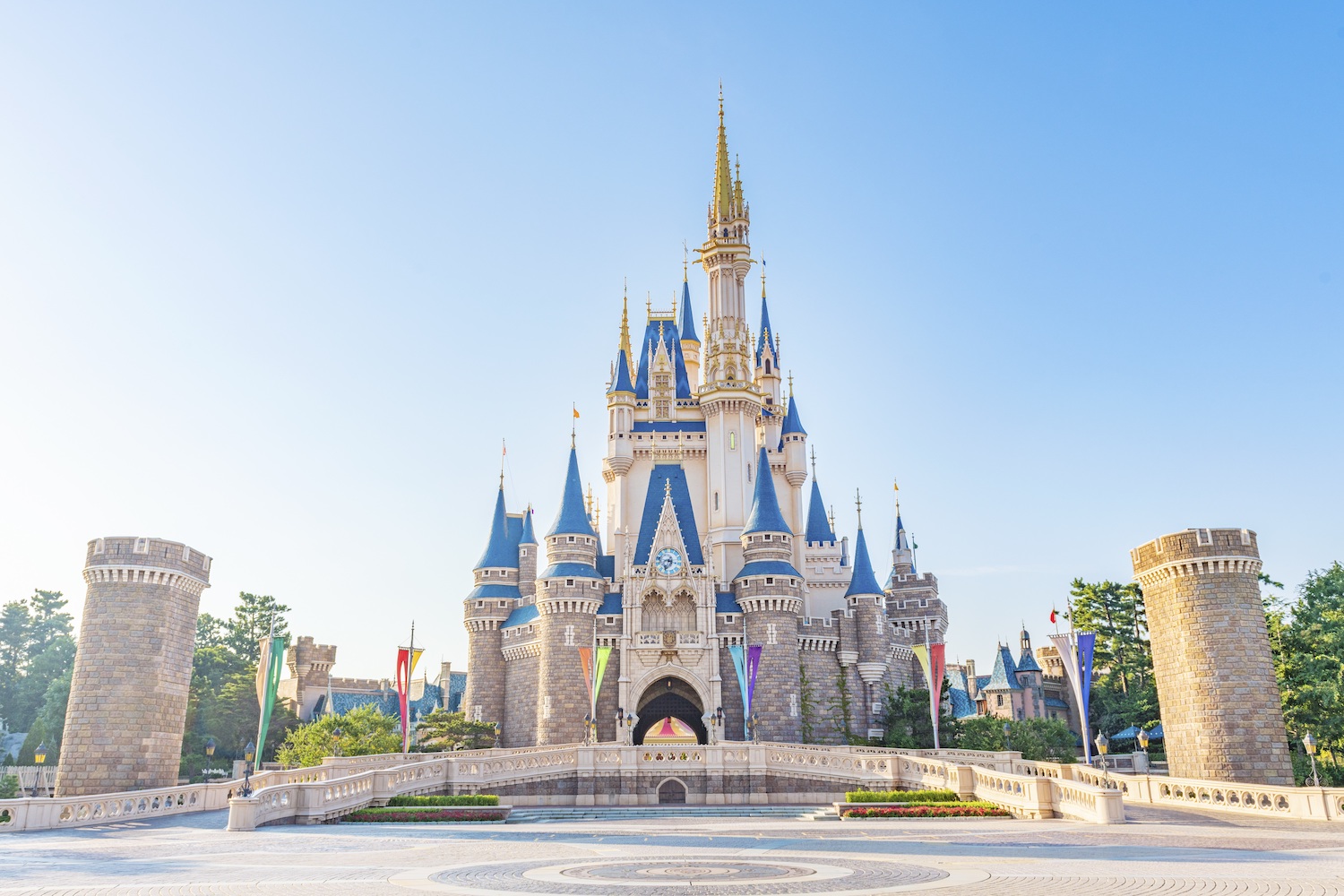 Two enchanting Disney parks with attractions you won't find anywhere else, all in one place

Any real Disney aficionado will tell you that Tokyo Disneyland and DisneySea are a cut above the franchise's other parks, but you don't have to be a Disney fanatic to have an unforgettable day of fun.

The parks offer attractions and experiences that are unique to Japan's Disney parks, and they're must-do attractions when you visit Tokyo.

Tokyo Disneyland, DisneySea, and Ikspiari are located just a few minutes walk from JR Maihama Station on the Keiyo Line. The Keiyo Line's starting point is Tokyo Station . You can also access the parks directly from Tokyo Station by bus.

Although called "Tokyo" Disney Resort, the parks are actually located in Urayasu, Chiba Prefecture , right around the bay from Tokyo. From the JR Keiyo Line train, which rounds the bay, you can see the majestic spires of the Magic Kingdom and DisneySea's towering volcano.

The many worlds of Disney

The park has familiar attractions like Space Mountain, Pirates of the Caribbean, Big Thunder Mountain, and Haunted Mansion, as well as rides like the Star Wars-themed Star Tours: The Adventures Continue, Monsters, Inc. Ride & Go Seek! and Pooh's Hunny Hunt.

"Tokyo Disneyland Electric Parade Dreamlights" is held at night, lighting up the night with vivid light design and music. During the event, floats and familiar Disney characters parade through the park. The parade takes place year-round.

DisneySea is a unique park that's only found in Tokyo. Opened in 2001, it offers scenic and picturesque views from rides only found at DisneySea. There are also restaurants, shows, and other entertainment options.

The world of DisneySea

Instead of themed lands, DisneySea has different themed ports.

Reasons to visit throughout the different seasons

Tokyo Disneyland and DisneySea offer seasonal events at various times throughout the year, for extra enjoyment whenever you visit.

Shopping and Fun at Ikspiari

Located within Tokyo Disney Resort®, Ikspiari has 140 stores and restaurants and a 16-screen multiplex cinema. The buildings and streets were designed based on their own stories and history, and it is an ideal place for shopping, dining, or just strolling around.

With so much shopping, dining, and experiences available, it's worth spending a day each at both Tokyo Disneyland and Tokyo DisneySea. We recommend a multi-day stay, to make the most of both parks.