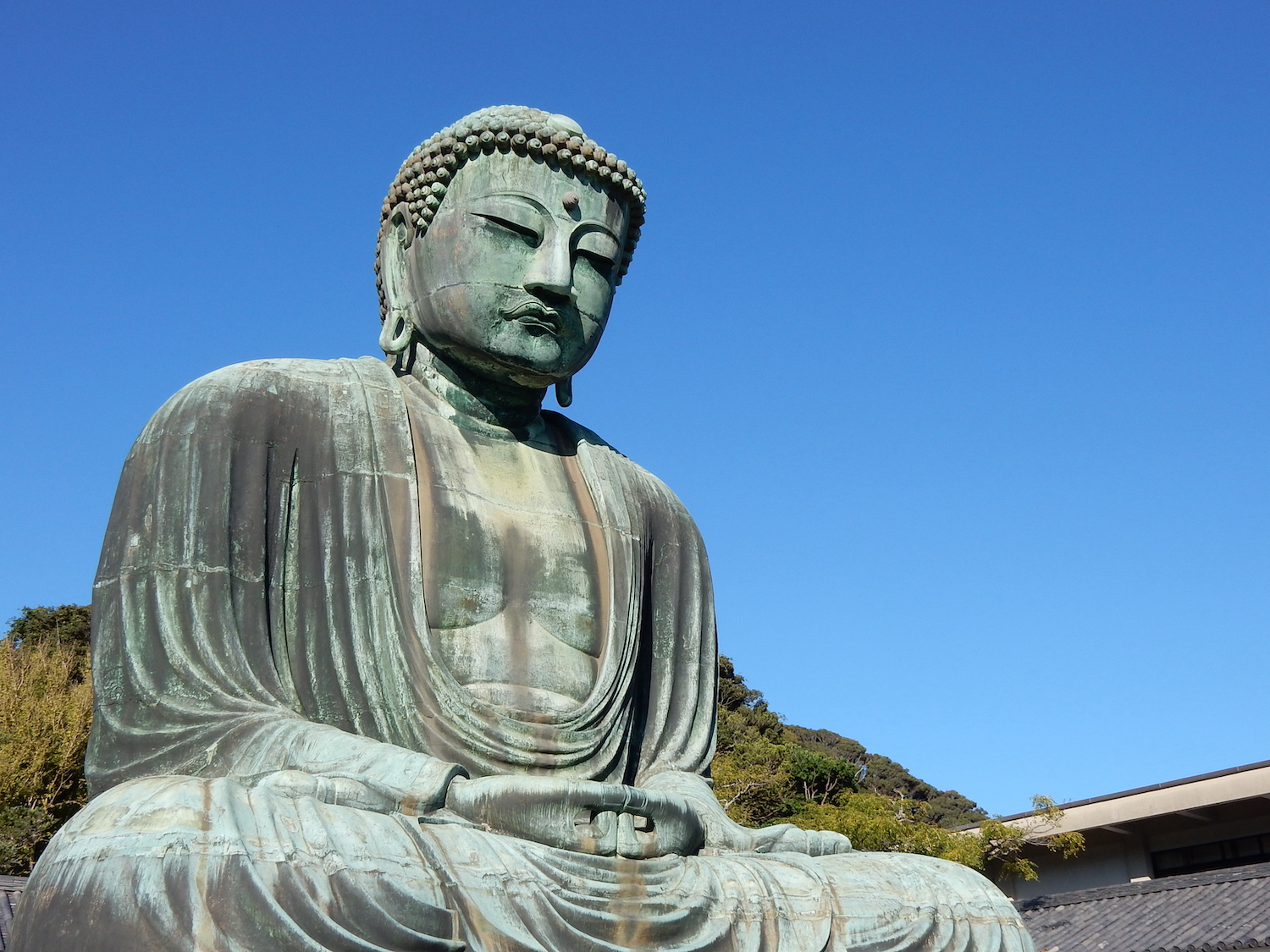 Stand inside Buddha and contemplate life and the universe

The bronzed Great Buddha of Kamakura or Kamakura Daibutsu dates back to the 13th century and is the second tallest bronze Buddha in Japan. The statue is an iconic sight and one of the most visited tourist attractions in the Kanto area.

A visit to the Kamakura Daibutsu is an easy day trip from Tokyo.

From Tokyo, take the Shonan Shinjuku line from Shinjuku Station to Kamakura Station. From there, transfer to and take the Enoshima Electric Railway towards Fujisawa and get off at Hase Station.

The Great Buddha is a 7-minute walk from there. It is well signposted.

The statue is 11.3 meters tall and weighs 121 tons. It is a bronze statue of Amida Buddha and is second only in height to Todaiji's Great Buddha in Nara.

Like the statue in Nara , the Daibutsu was originally housed inside a temple building after its casting in the 13th century. However, in the 14th and 15th centuries, the hall was repeatedly destroyed by typhoons, tsunami and earthquakes. So, in 1498, the Amida's carers caved in to the inevitable and left the statue exposed to the elements.

Since then it has stood, implacable, the venerable symbol of Kamakura .

The Kamakura Daibutsu sits in the grounds of Kotokuin, a temple belonging to the Jodo Sect of Buddhism. The Jodo are committed to the liberation of all beings, meaning the Great Buddha is there for all: saints and sinners, rich and poor, young and old. An equal opportunities Buddha, guiding all to the Pure Land.

Have warazori and willing to travel

The highlight of any visit is standing inside the Great Buddha itself, listening to the muted world carrying on outside.

To the right of the Buddha hangs a pair of 1.8 meter-long warazori straw sandals. Originally woven by children in 1951 in the hope that the Buddha would use them to walk the length and breadth of Japan, they are renewed every three years by children from the same club.

An entrance of kings

Other sites of interest include Niomon gate, the richly colored entrance where the temple's two protecting Deva Kings reside.

Behind the Buddha stands Kangetsudo Hall which started life as part of the imperial palace in 15th-century Seoul before being moved first to Tokyo and then to Kamakura. It contains an Edo period (1603-1867) image of Kannon Bosatsu, the Goddess of Mercy.

Kotokuin is very well set up for visitors of restricted mobility, with a well signposted barrier-free route. Tickets to Kotokuin cost 200 yen, with an additional 20 yen charge to go inside the Buddha.

Plan to spend 30 minutes to see the Kamakura Daibutsu and the other treasures at Kotokuin Temple without feeling rushed. During azalea blooming season and national holiday periods, expect to spend a longer time due to the crowds in the area.