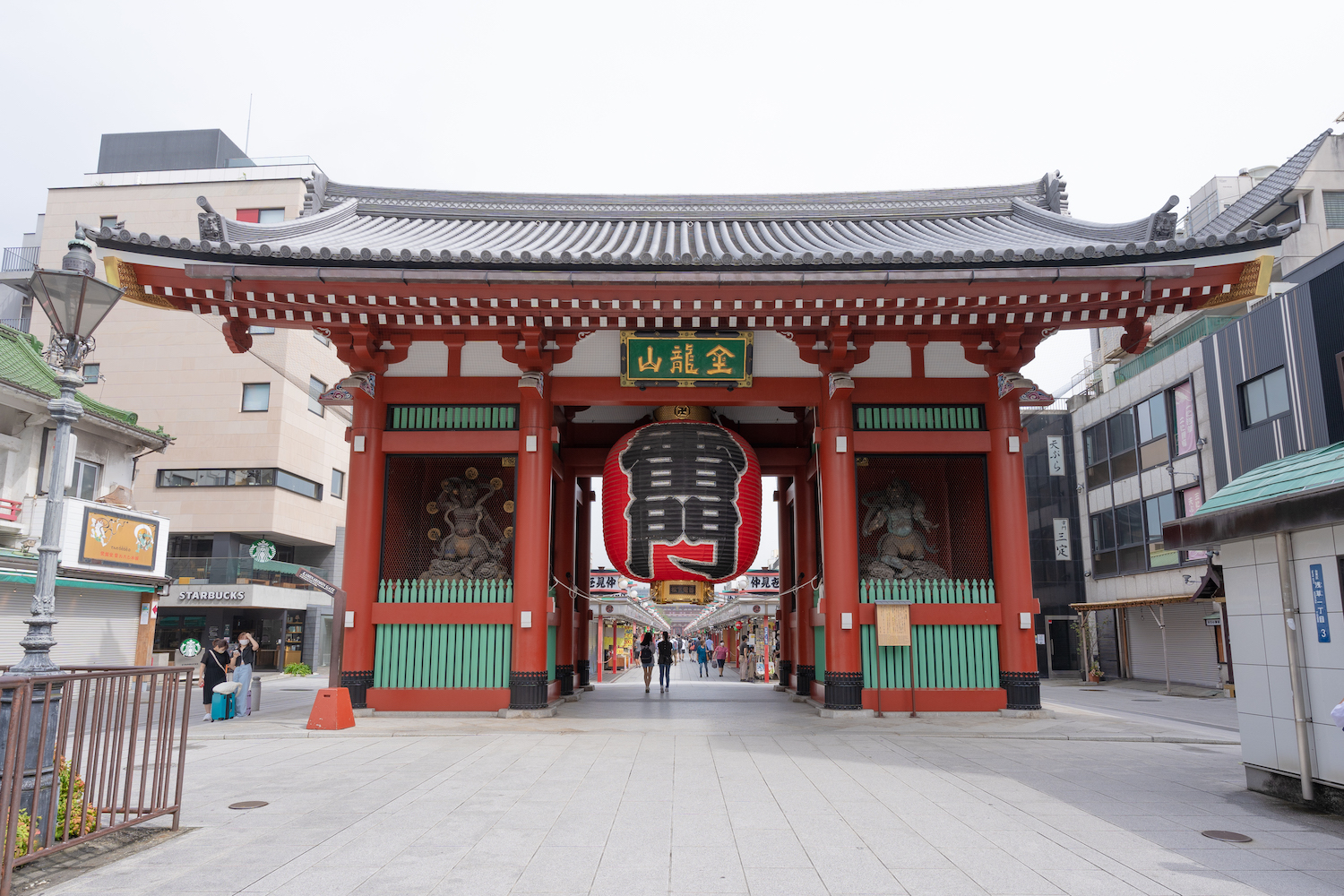 Sensoji Temple is a place where you can take in that good old Edo atmosphere. It is a must-see spot when visiting Tokyo.

Sensoji Temple is popular with both locals and tourists alike as a place where you can feel the atmosphere of the Edo period. With the Kaminarimon and the five-storied pagoda, as well as the busy side streets and specialty shops of Nakamise-dori street, there's so much to see and do. You'll want to keep your camera ready at all times!

Built in 628 AD, Sensoji Temple has been rebuilt almost 20 times throughout history

A temple steeped in history and lore

Legend has it that in 628 AD, fishermen found a statue of Kannon in the Sumida River, and Sensoji Temple was built to enshrine it. Throughout its long history, the Main Hall has been destroyed countless times and rebuilt from the donations of people from all over Japan. Within the Main Hall, the statue of Kannon is enshrined, and visitors can pay their respects to the benevolent Kannon before touring the rest of the grounds.

The Main Gate of Sensoji Temple, guarded by the gods of wind and thunder

There is a large red lantern inscribed with the word "Kaminarimon." As a symbol of Asakusa, it is bustling with people from both Japan and abroad taking pictures. With a height of just under four meters and a weight of 700 kilograms, it has dignified air. On both sides of the Kaminarimon, there are statues of Fujin and Raijin.

Experience the old capital on the grounds of Sensoji Temple

Pass by the watchful eyes of Fujin and Raijin and slip under the giant lantern of the Kaminarimon to get straight to the heart of the Nakamise-dori street. Shops bursting with unique souvenirs and traditional snacks line the promenade. As you enter the grounds, you'll find unusual English omikuji fortunes. Say a wish and pick your fortune!

On the expansive temple grounds is the Hozomon “Treasure House” Gate, which houses sacred Buddhist scriptures; a traditional Japanese garden, and several historical structures. Visible from anywhere on the grounds, the five-storied pagoda pierces the skyline. Of course, the Main Hall is situated at the center of the grounds, and it is there where visitors can pay respect to Kannon.

Sensoji Temple is lit up every evening from sunset until around 11 p.m. Enjoy a walk in this spiritual and historical epicenter as you gaze at the ethereal illuminations.

After exploring the grounds, head back out to Nakamise-dori street, one of Japan's oldest shopping arcades. Feel like a patron of old Edo as you go from one shop to the next.

A scenic stroll along the Sumida River

Venture outside the grounds of Sensoji Temple by taking a leisurely walk along the Sumida River that will lead you right to the Tokyo Skytree. The Skytree is one of Tokyo's most prominent landmarks and the view from the top is breathtaking. There are many restaurants to enjoy as well. In the springtime, the cherry blossoms all along the river bloom, and festivals can be enjoyed in Sumida Park, which runs along both sides of the river.

If you tire of walking, take a scenic cruise along the Sumida River on a futuristic Hotaluna ship designed by the famous manga artist Leiji Matsumoto. The river is the best place to see Tokyo's skyline and take in landmarks like the Tokyo Skytree and Asahi Beer Tower with its signature golden rooftop sculpture.