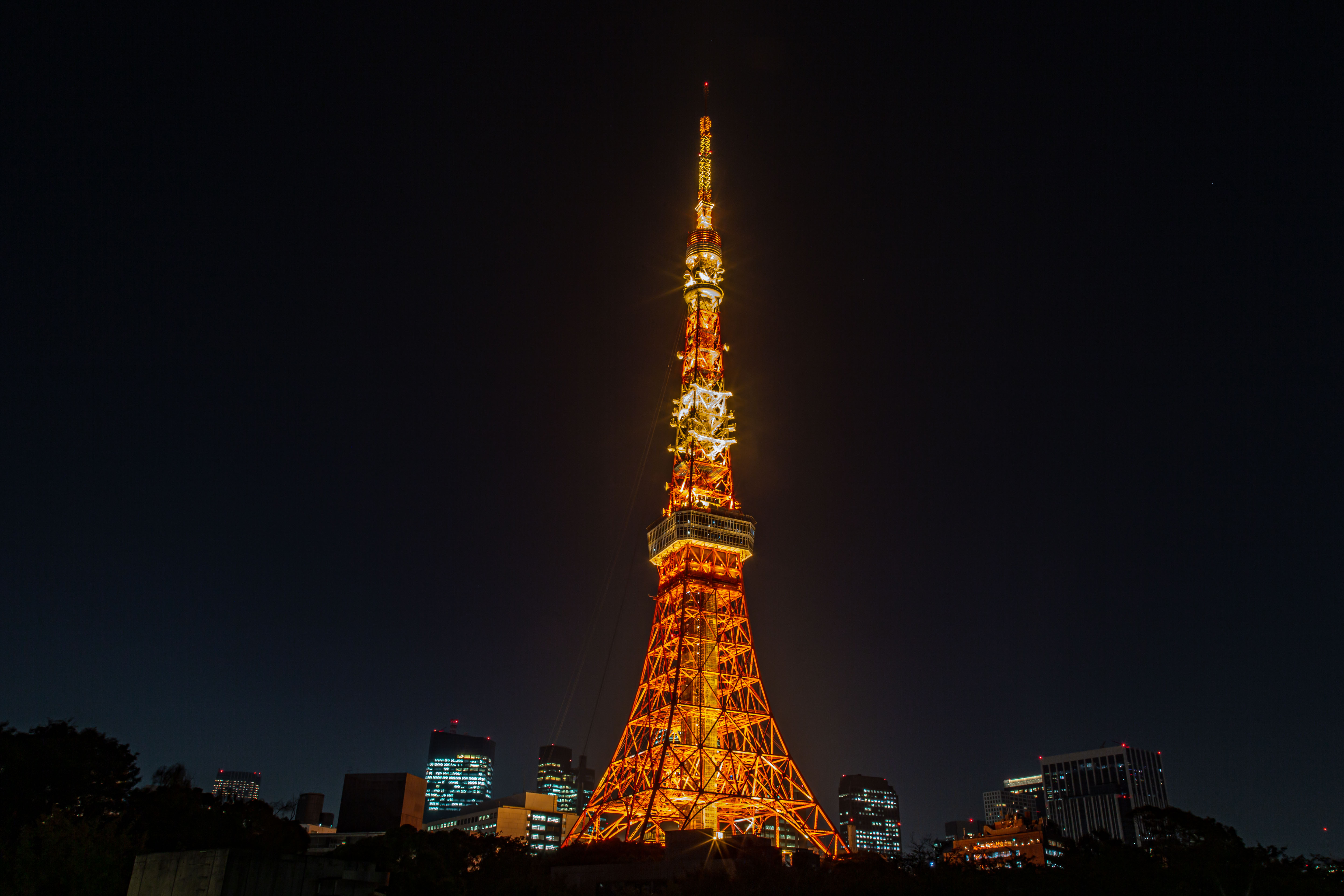 A bright beacon in a sprawling metropolis

Seeing the bold red and white stripes of Tokyo Tower will tell you that you have, at last, arrived in Metropolitan Tokyo.

Tokyo Tower is both an active broadcasting facility and an ideal spot for travelers to take in the dazzling cityscape below. The structure's modernist charm can be appreciated from the outside as it lights up at night, but the real thrill comes as you climb to the top to catch dynamic views of the city.

At the base of the tower, you'll find a shopping complex called Foot Town, which features an array of international shops and restaurants.

Tokyo Tower is conveniently located. To get there, hop on the Mita Subway Line and get off at Onarimon Station. Alternatively, take the Hibiya Subway Line to Kamiyacho or the Oedo Subway Line to Akabanebashi. The tower is about a five-minute walk from each of these stations.

Alternatively, take the JR Yamanote Line to Hamamatsucho Station. From there, the tower is a 15-minute walk.

If you're feeling energetic, you can bypass the elevator and take the 600-step stairway up to the Main Deck

With the start of NHK, Japan's national broadcaster, in 1953, the Tokyo area needed a large broadcasting tower.

Based on the Eiffel Tower in design, Tokyo Tower was completed in 1958. At 333 meters tall, it was the tallest freestanding tower in the world when it was built. It remained the tallest structure in Japan until being surpassed by Skytree in 2010.

Tokyo Tower is separated into three distinct sections. Foot Town sits at the base of the tower and is a vibrant area of cafes, restaurants and souvenir shops.

The Main Deck is located 150 meters up and offers memorable views of the city as well as a “look-down” window—not for the faint-hearted.

For truly spectacular views, however, seek out the Top Deck. A heady 250 meters in the sky, this point has panoramic views of the metropolis below and, weather allowing, Skytree and even Mt. Fuji on the horizon.

The completion of Tokyo Skytree in 2012 might have stolen some of Tokyo Tower's glory, but the 1958 construction remains a magnificent symbol of Japan's postwar ascendancy, as well as an exciting entertainment hub for both visitors to, and residents of, this inexhaustible city.