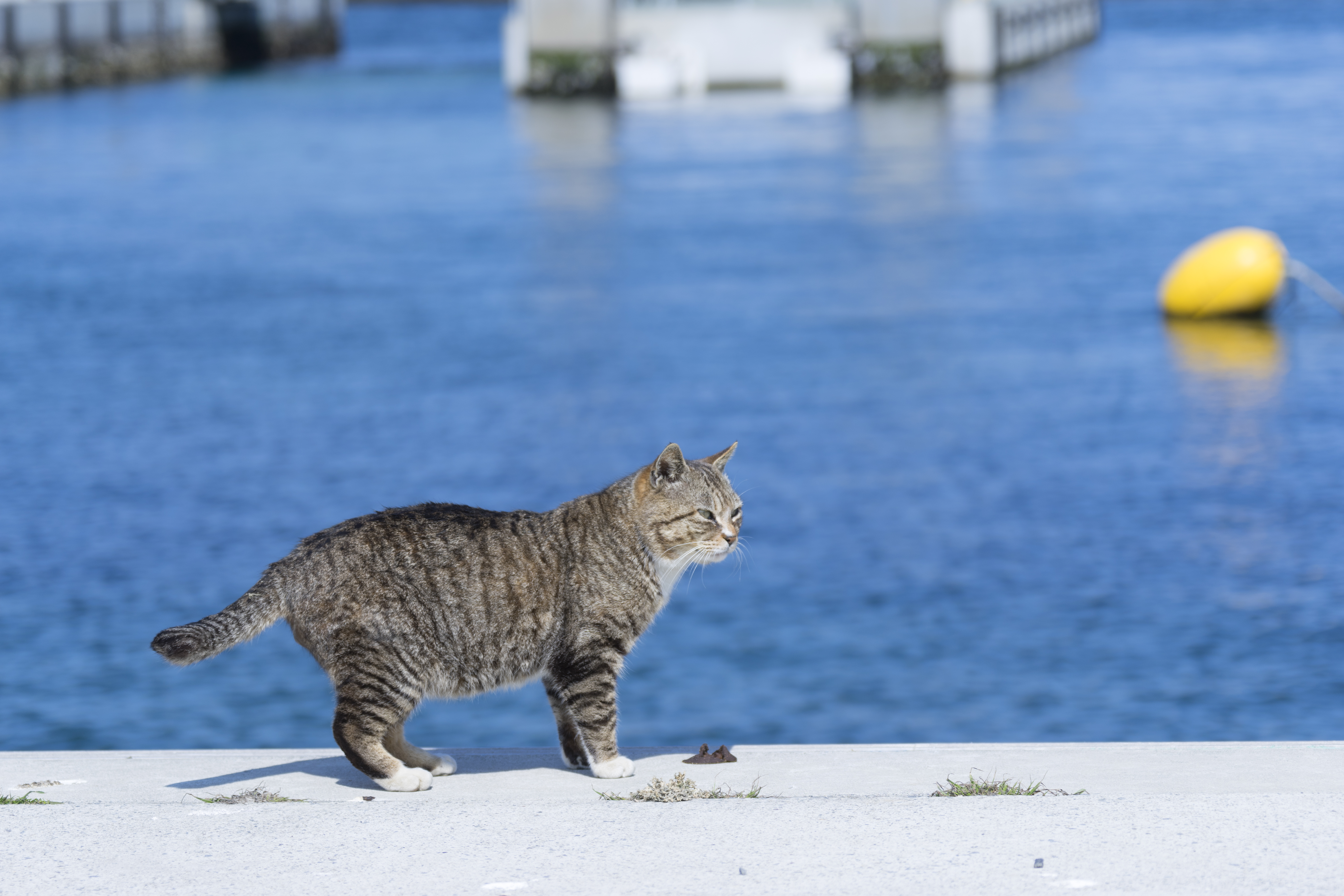 When it comes to must-visit animal destinations in Japan, Cat Island may be runner-up to the Zao Fox Village or the herds of deer that roam free in Nara Park , but it's perfect for cat lovers. As well as meeting the resident cats, the island also has easy hiking and an amazing cobalt blue ocean view.

From Ishinomaki Station, take a 5-minute taxi or a 15-minute walk to Ajishima Line ferry terminal. There are three departures per day, with a one-way trip taking 45 to 60 minutes.

Where did the cats come from?

Historically the island was a center for silkworm production, and cats were kept to protect the cocoons from rats. Islanders would care for the semi-wild cats and fishermen would give them scraps from their daily catch. Since the beginning, there has always been one crucial island rule: no dogs allowed.

As the aging population of humans on the island slowly declined over the years, the well-cared-for cats have multiplied. With so many felines, the island has become a popular tourist attraction.

Where should I go?

The ferry makes two ports of call on the island. To see cats right away, skip the tiny settlement around Odomori Port and go straight to the larger southern village at Nitoda Port.

Cats are in charge here and do whatever they want. Photograph the cats strutting around the streets, lounging around here and there, or going on about their own business and completely ignoring you. If you have your fill of felines, take a break from the cute kitties with a short hike.

What else can I do?

Go on a pilgrimage to the cat shrine. The shrine in the middle of the adjacent forest was built to honor a cat killed by a falling rock. The people of the island have long believed that the cats give them luck. Pray here to bring some good luck home with you.

Manga Island is an area on the opposite end of Nitoda village filled with several artistic cat accommodations. Visitors must book a stay in advance; however, anyone can go to view the fun architecture at the campground. Alternatively, you can stay overnight at one of the minshuku, guesthouse-style accommodations, back near the port.

Take a refreshing walk over the hill and through the woods on the hiking courses which crisscross the island between the two villages. Relax by the coast for an amazing ocean view before saying goodbye to your feline friends.

Double check the ferry departure and pick-up times to make sure you arrive on time and don't get stranded on the island.

There are limited tourist facilities offering food, drinks, or public restrooms. Purchase items around Ishinomaki City and make sure to take all your trash home with you.