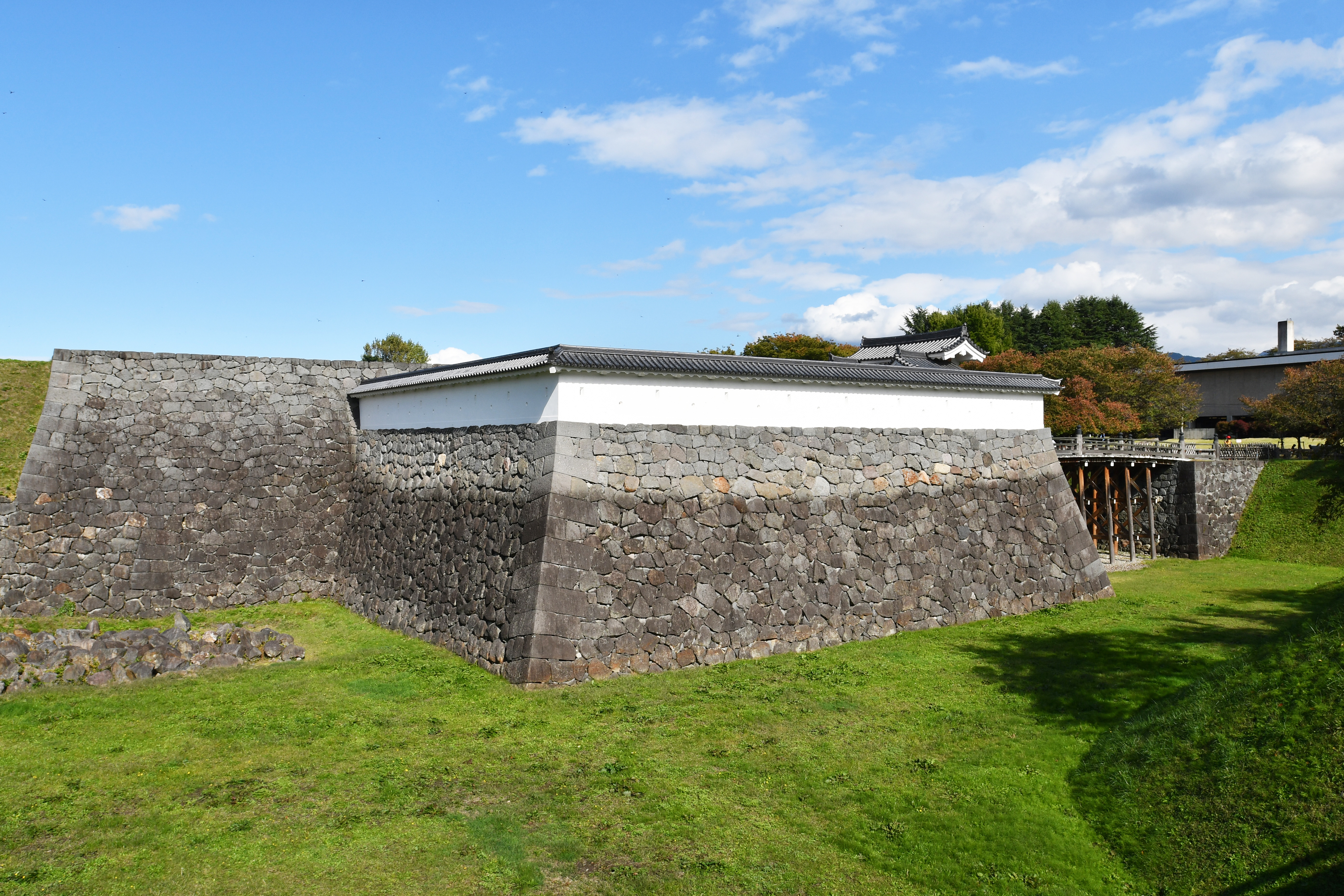 A tranquil stroll through a historic site

The ruins of Yamagata Castle and its grounds are an expansive public park and a lasting reminder of the powerful Momogami feudal lords that once ruled the region. It is a popular place to stroll, picnic and see cherry blossoms in spring.

Located in Kajo Park, the castle is a 15-minute walk or a short ride on the Tendo Station-bound bus from Yamagata Station. Get off at Kajo-Koen-Mae bus stop (the second stop). The bus takes around three minutes, followed by a 5-minute walk to the center of the park.

Built in 1592, it was the headquarters of the Yamagata feudal lords through the 17th and 18th centuries

In the early 17th century, the castle had ingenious zigzag walls for maximum defense

It is the fifth largest castle in Japan

Located in the center of Yamagata City , this 661-year-old castle was in use until 1872.

Although parts have been lost through damage or neglect, the moat surrounding Yamagata Castle is still imposing. The castle and its surrounding parklands make for an easy day's exploration.

In 1906, over 1,000 cherry blossom trees were planted around the castle to commemorate the Russo-Japanese war. The castle site was later renamed Kajo Park, and it remains one of the area's top destinations for cherry blossom viewing in mid-April.

The castle park is free to visit and is a great place to relax, unwind and explore on foot.

The castle has been under restoration since 1986. The site has been partially restored, and the foundations of many buildings are visible in the park. Key parts such as the East Otemon Gate have been restored, and the moats and stone ramparts have been preserved. Archeological excavations are ongoing.

The castle park is especially worth visiting in April when many people visit for the cherry blossom festival.

The banks of the castle moat are lined with sakura cherry trees. In spring, falling petals from thousands of blooming trees turn the moat waters pink. At night, the park offers spectacular illuminations.

On the walk between Yamagata Station and Kajo Park, you'll find streets crowded with bars and restaurants. The area is one of the best spots in the city to spend an evening and enjoy local dishes, such as the famous Yonezawa beef.

Another attraction in Kajo Park is a former hospital turned medical museum. Built in 1877, the Saiseikan Museum displays historical medical instruments and supplies and was the first European-style building in the area. It's worth visiting just for the unusual architecture. Admission is free, with brochures provided in Japanese and English.