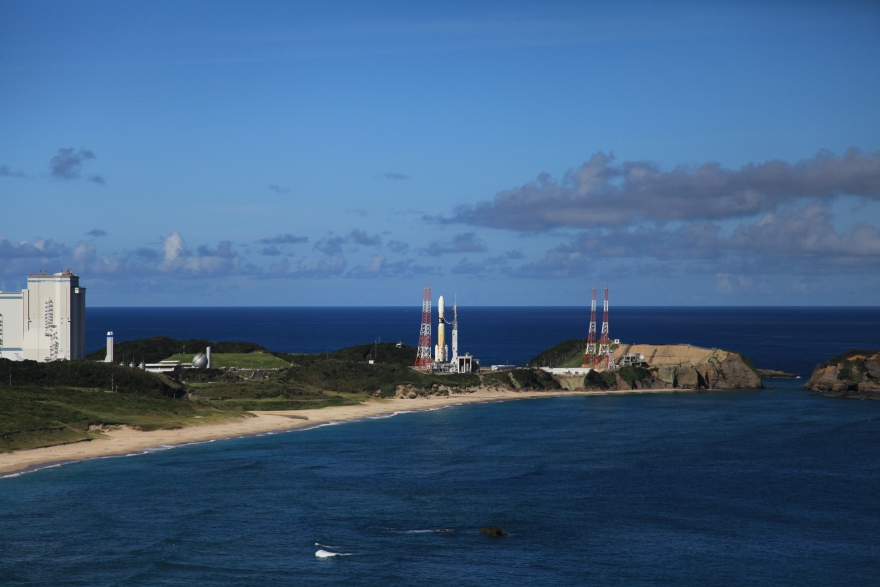 The frontline for rocket launches

The Tanegashima Space Center is located in the southeastern corner of Tanegashima , an island about 40 kilometers south of Kyushu. The space center was established in 1969 to complement the formation of the National Space Development Agency of Japan.

It is currently operated by the Japan Aerospace Exploration Agency (JAXA). The center has facilities such as the large rocket launch complex, the satellite assembly building, and the satellite fairing assembly building. At these facilities a variety of operations are carried out, from final checks of satellites before loading them on to launch vehicles, assembly, maintenance, inspection and launches, and the tracking of vehicles after launch. The facility plays a central role in satellite launches in Japan's space development.

You can get to the space center by bus or car.

Access by car is recommended; it takes about 50 minutes by car from Tanegashima Airport. When coming by bus, please transfer at Minamitane Town Hall-mae.

One of the world's most beautiful rocket launch sites

The Space Science and Technology Museum, located in Tanegashima Space Center, is free to visit. The museum is easy to understand, and a fun place to learn about various fields of space development, like rockets, satellites, the International Space Station, Earth observations, and celestial bodies and planets. You can learn through exhibits that feature a variety of life-size models and games. In addition, guided tours of the center are available with advance reservation.

One the day of rocket launches, a 3-kilometer radius around the launch pad at Tanegashima Space Center is off-limits. JAXA's audio countdown is broadcast to a designated viewing site managed by the town of Minamitane.