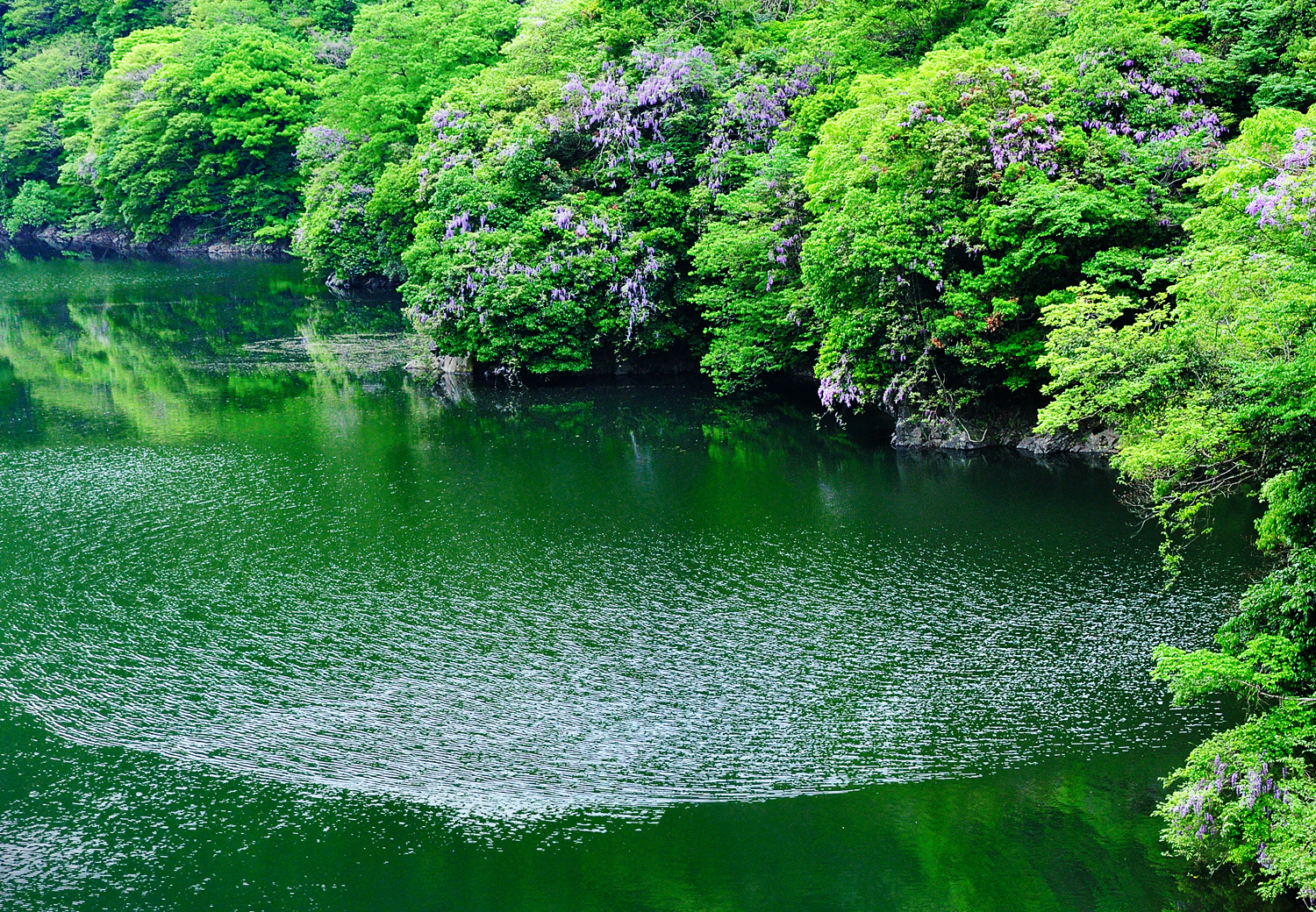 A town famous for tea, tea ceremony, and its romantic riverside district

The picturesque town of Uji is a prime setting in the 11th-century literary masterpiece The Tale of Genji. The tea fields, tea shops, and sacred sites make this town a popular day-trip destination from Kyoto.

Uji also has a river by the same name that you can walk alongside or cruise down, and there are plenty of restaurants and shops to drop into along the way. Uji Bridge is considered one of the most romantic spots in Kyoto because of its prominence in Genji's story. The town also lays claim to a historic tea shop and Shinto shrine building.

Uji is served by two stations on the JR and Keihan lines, respectively, and can be reached in well under an hour from Kyoto.

From Kyoto Station, take the Nara Line to JR Uji Station. The journey takes about 17 minutes. From Demachiyanagi Station, the terminus of the Keihan Line in north-central Kyoto, it takes about 40 minutes to reach Keihan Uji Station.

The origins of green tea

Buddhist monks brought green tea to Japan from China in the 7th century. It was consumed in powdered form as a digestive and as a caffeine booster during long hours of meditation. It was not until the Kamakura Period (1192-1333) that it was enjoyed as a beverage. This powdered green tea became the focal point of the tea ceremony, which exploded in popularity among the noble classes.

Eisai (1141-1215), the priest credited with bringing Zen Buddhism to Japan, wrote of the benefits of green tea and taught Uji priests how to grow it. Since Uji was one of the first places to cultivate green tea, it became synonymous with the drink, and its reputation for producing high-quality green tea is known throughout Japan.

Stroll down the restaurant-lined street of Byodoin Omotesando and you can find the distinctive umami flavors of green and roasted tea in an array of delectable ice creams and desserts, and even soba noodles.

The Uji Tea Festival is held at Koshoji Temple on the first Sunday of October. During the festival, priests make offerings of ceremonial bowls of tea in front of statues of the figures who helped establish Uji as a tea mecca.

The oldest tea shop in Japan is here in Uji. Tsuen has been in business since 1160 and is now run by the 24th head of the same family. The shop serves mouthwatering green tea parfaits and rice dumplings, and its prime location by the Uji River makes it an excellent rest stop.

Sample some premium tea, and buy some for later

Byodoin Omotesando is Uji's bustling 300-meter-long street lined with stores selling tea-related souvenirs and tasty bites. Visit the popular tea shop Taihoan, where you can participate in a traditional tea ceremony for 1,000 yen, which includes a bowl of matcha and accompanying Japanese sweet.

Take a class in tea or pottery

For a hands-on experience, take a workshop at Fukujuen Ujicha Kobo to learn about tea processing and how to grind matcha tea to the perfect consistency, with the chance to taste different brews. On the same side of the river is the Asahiyaki Pottery Center, where you can try your hand at the potter's wheel.

The Uji River bisects the town. Leisurely river cruises can be booked for the day and evening cormorant fishing displays happen at night.

First built around 646, Uji Bridge features in several works of Japanese art and literature, most famously The Tale of Genji. This famous novel details the antics of the fictitious Prince Genji and his many lovers and offers valuable insights into the life of the noble classes during the 11th century.

Through extensive analysis of its timber, scientists have found that the oldest structures of Ujigami have existed since 1060, making it the oldest original Shinto shrine building in Japan.

You may notice the roof of its main hall has a distinct curvature, built in the so-called nagare-zukuri style of architecture.

The jewel in Uji's crown

Founded in 1052, Byodoin Temple enshrines the Amida Buddha, whose statue is covered in gold leaf. The temple's Phoenix Hall is topped with twin phoenixes symbolizing protection, and remarkably you can still see the faint remains of elaborate wall paintings on its interior walls.

The guided tour takes you to the hall and also the accompanying museum, which contains replicas of its wall paintings as they would have originally looked in vibrant color. The 52 bodhisattva statues wielding musical instruments are believed to be the work of master sculptor Jocho.