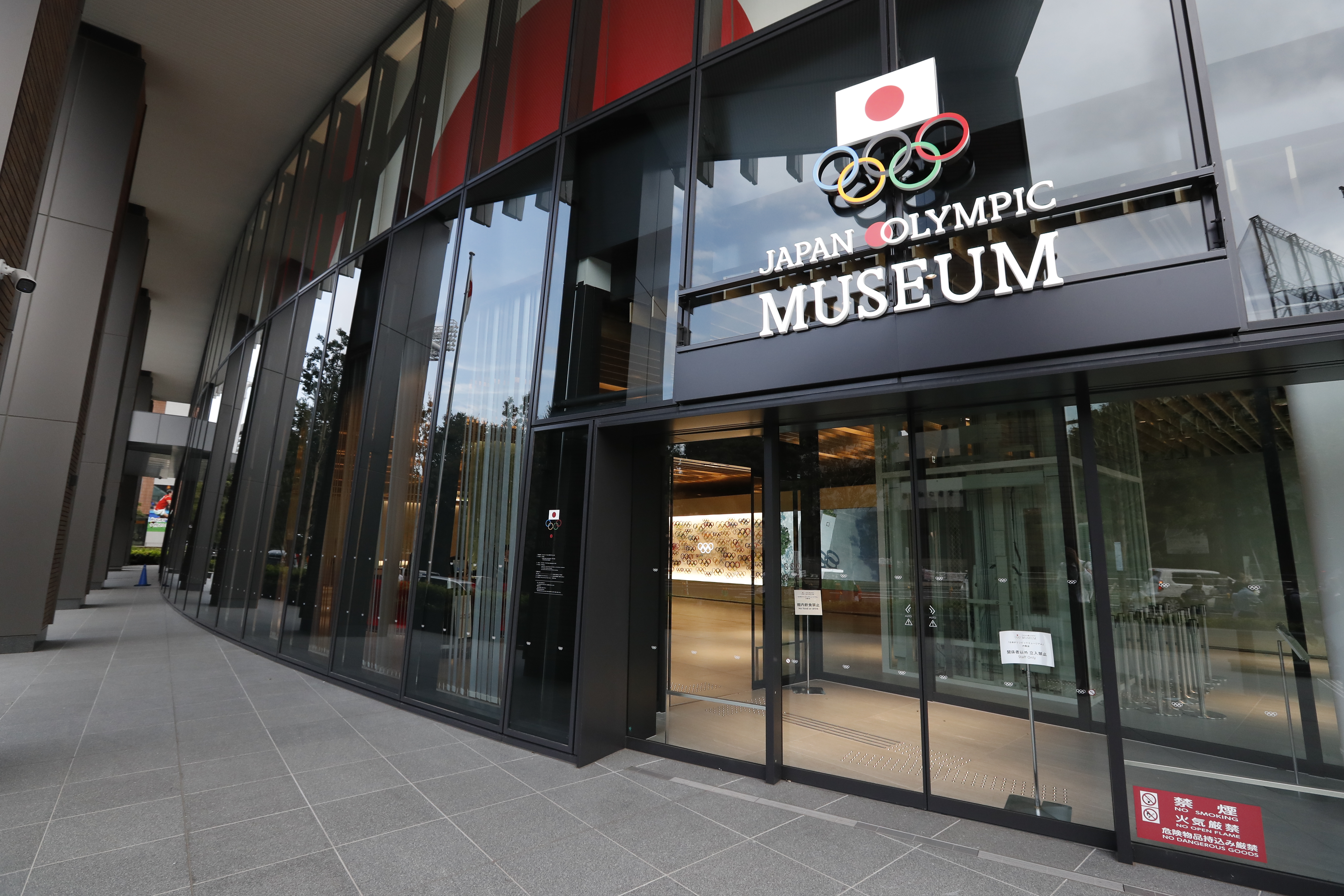 Catch the Spirit: Discover the Universal Appeal of The Games at Japan Olympic Museum in Tokyo

Since opening in September 2019, the Japan Olympic Museum in Tokyo has put people at the center of the Japanese Olympic Movement through its immersive multimedia exhibits that invite visitors to catch the “Olympic Spirit” and to “Know, Feel, Learn, Try, and Think” like a champion.

Japan Olympic Museum is across the street from the New National Stadium in the capital's Gaien district. It is accessible by train and is a 5-minute walk from exit 3 at Gaienmae Station on the Tokyo Metro Ginza line, 10 minutes from exit 2 at Kokuritsu Kyogijo station on the Toei Oedo line, or 12 minutes from Sendagaya or Shinanomachi stations on the JR Sobu line.

Welcome Area: Warming Up for the Main Event

Upon arrival, visitors can make their way inside to the Welcome Area where a large screen shows exciting moments from past Olympic Games. Dynamic footage of legendary champions in action is certain to get visitors pumped for the immersive and engaging exhibits that await.

The Welcome Salon is an attractive space used for events and exhibits that promote the Olympic Movement. In the JOC Corner, visitors can learn about the Japan Olympic Committee and its preparations for the Games of the XXXII Olympiad.

Visitors can get refreshments at the first floor Café and browse the Museum Gift Shop for souvenirs and mementos.

In the second-floor exhibition space, visitors can learn the detailed history of the Olympic Games and Japan's participation through an immersive sound and video experience. This state-of-the-art exhibit is divided into sections that invite visitors to Know, Feel, Learn, Try, and Think about everything from the Ancient Olympic Games to the Olympic Games of the modern era. Displays featuring relay torches, costumes and sports equipment bring past Olympiads to life.

The Story of Olympism

Japan and the Olympic Games

Unlike most history lessons, this one is interactive. Visitors can use simulators to compare their physical abilities with those of Olympians. They can use interactive screens to experience shooting, ski jumping and figure skating, then compare their results with the world's elite athletes.

The exhibit captures the spectacle of the Opening Ceremony and the community atmosphere of the Olympic Village, while shedding light on the people who labor behind the scenes to make the Games a reality. It also provides invaluable insights from Olympic athletes about the challenges of Olympic training and competition. Visitors also can gain a deep appreciation for the Paralympic Games and the diverse group of extraordinary athletes who participate in them.

The World and the Olympic Games

Monument Area: It's a Photo Finish!

Visitors can go for a “photo finish” outside at the Monument Area. It is a popular spot for impromptu selfie sessions in front of the iconic Olympic Symbol, scale models of Olympic cauldrons from past Olympic Games held in Japan, and bronze statues of Pierre de Coubertin, father of the modern Olympic Games, as well as Kano Jigoro, the founder of judo.

Admission is 500 yen for adults and 400 yen for those 65 years or older; high school students and younger enter for free. Given the need for social distancing, visitors need to make a reservation. For the most updated information on reservation and admission fees, please check the official website.