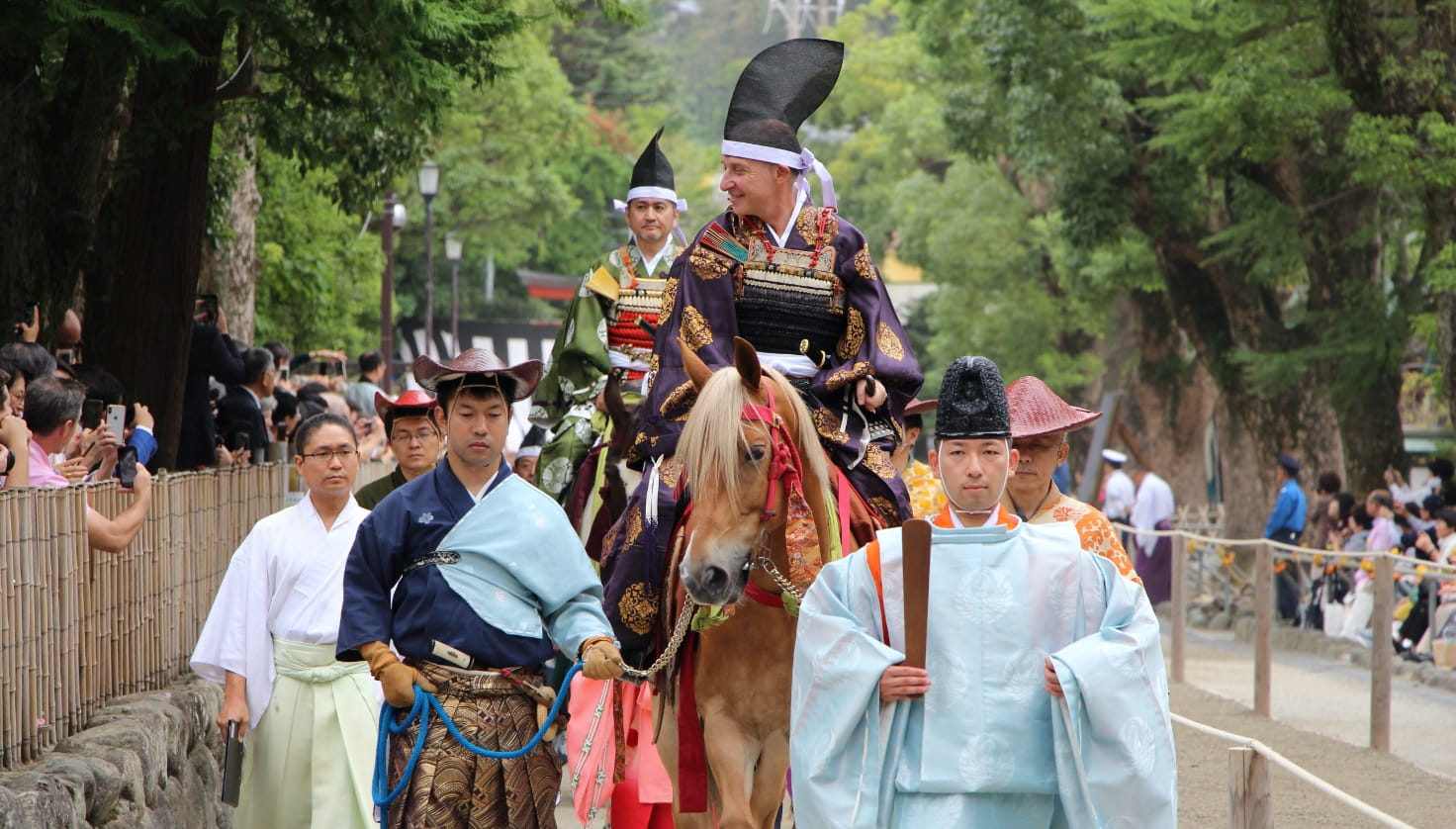 Be wowed by the strength, skill and stamina of horseback archers as they compete in a display of equestrian skills dating back to the Heian Period (794-1185). The Annual Festival takes place on September 14, 15 and 16 in Kamakura .

Tsurugaoka Hachimangu Shrine is a 10-minute walk from Kamakura Station.

From Tokyo, take the Shonan Shinjuku Line from Shinjuku Station to Kamakura Station. The ride takes about an hour.

The art of war

Yabusame is the art of horseback archery, a military skill developed during the Kamakura Period (1185-1333) and perfected during 250 years of peace in the Edo Period (1603-1868). Every September this difficult and, unfortunately, dwindling practice is dedicated at Tsurugaoka Hachimangu Shrine during the Annual Festival.

Yabusame is a competition requiring strength, skill and stamina, not unlike medieval tournaments in Europe.

Three archery targets are spaced out along a 250-meter straight course. Archers dressed in traditional samurai hunting outfits gallop by on horseback, shooting an arrow at each target in turn.

During the Annual Festival, Tsurugaoka Hachimangu Shrine holds a tea ceremony in honor of its deities, and performances of traditional dances. A parade of portable shrines, called mikoshi winds through the streets, and everyone can enjoy the festive atmosphere. You can also see yabusame at the Kamakura Festival in April.