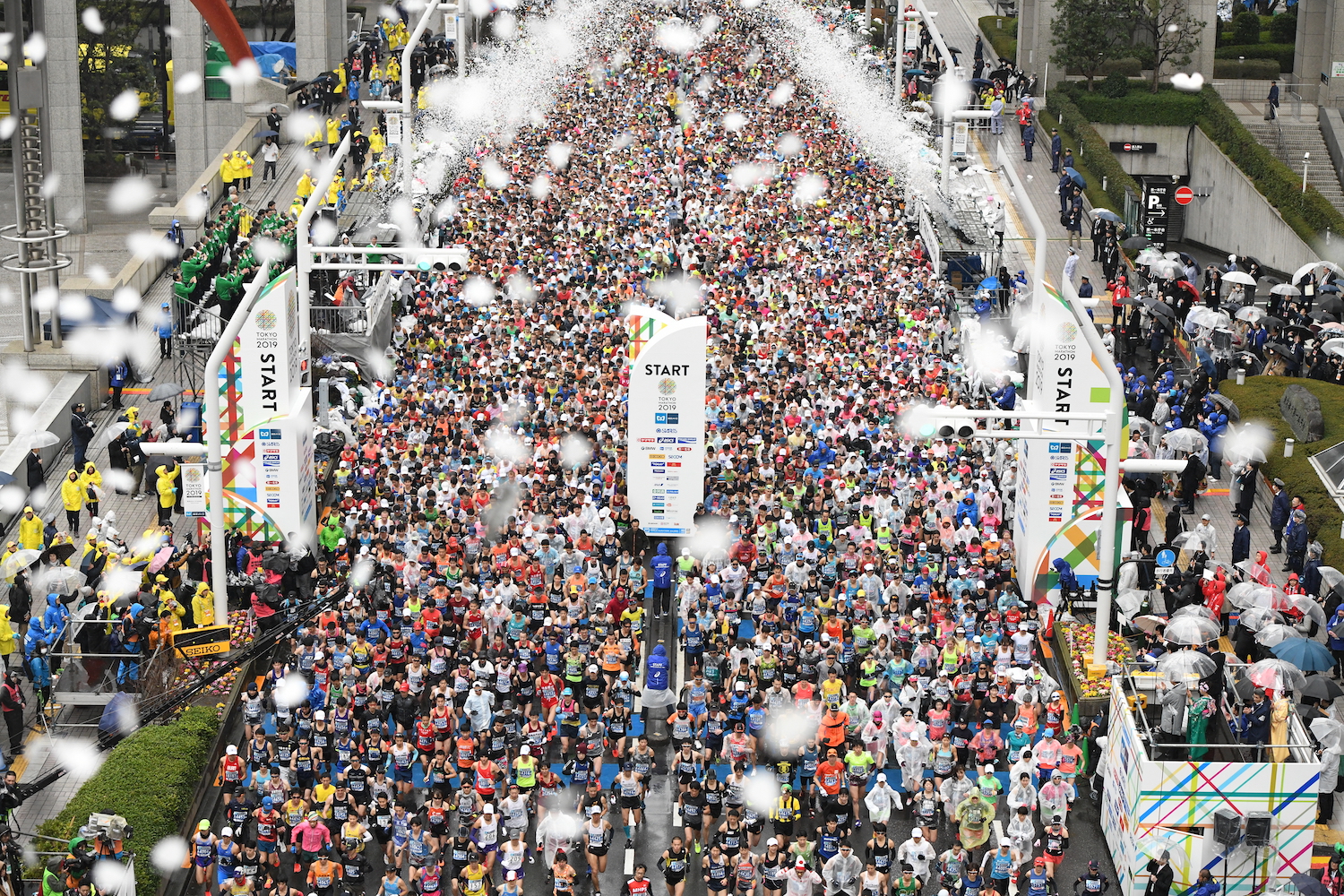 First run in 2007, the Tokyo Marathon has become a Japanese phenomenon. It's one of the biggest marathons in the country, drawing elite runners from around the globe and local citizens. There are wheelchair races for men and women as well.

Whether you're coming to run or to cheer the runners on, the atmosphere is electric.

Getting to the race is easy from nearby train or subway stations.

The race starts at theTokyo Metropolitan Government Building in Shinjuku and finishes at Tokyo Station . In between, the runners pass through major districts and tourist spots such as Nihonbashi , Asakusa , Ginza , and Shinagawa.

A course map is available from the Tokyo Marathon official website.

The Tokyo Marathon is one of six Abbott World Marathon Majors. These races are championship-style competitions, and Tokyo's is the sole marathon major in Asia.

Tokyo reserves places for charity runners. This charity program started in 2011. Runners that raise 100,000 yen or more in donations are eligible for these special entries.