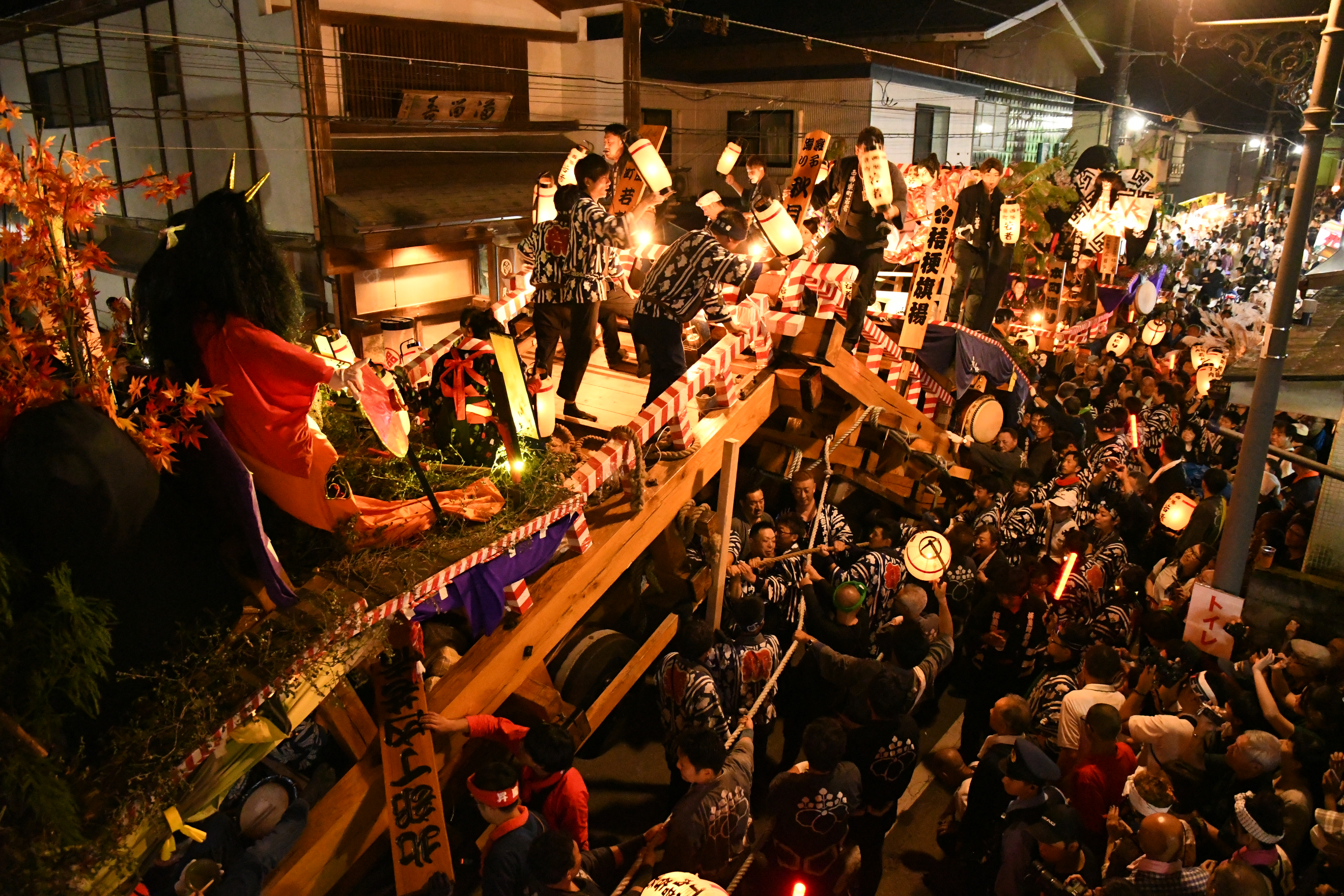 A rare festival that combines Buddhism and Shintoism with song, dance, and clashing floats

Started in the 1600s, the Kakunodate Matsuri is steeped in history that takes place in early September in Kakunodate, a city in Akita Prefecture . This festival combines artistry, music, dance, and dramatic clashes between floats.

Each float is topped with figures of samurai and kabuki actor

Each sect's musical float has a unique melody and tradition

All participants wear special clothing specifically for the festival

Kakunodate is accessible by JR Akita Shinkansen from Tokyo or Akita Station.

The entire town of Kakunodate takes part in the festival. The nearest festival site from Kakunodate Station is a one-minute walk.

Since its foundation in the 1600s, this festival has become one of Japan's most unique festivals because it is run jointly by a shrine and temple.

Eighteen elaborately decorated four-meter-tall floats called hikiyama transform the streets into a colorful and vibrant scene. As the floats are pulled through the town by young men, prayers are offered to the divine spirits in Shintoism and the spirit of Buddha.

The festival's climax comes when each team jostle and negotiate for right of way as each float passes each other. Dozens of men fight to push their float through, banging against the other floats.

Visit the ruins of a castle while you're here

Nearby is the site of what was once one of the region's most dominant castles, Kakunodate Castle. Although the castle is no longer standing, its hilltop site offers magnificent views of Kakunodate and the Hinokinai River.