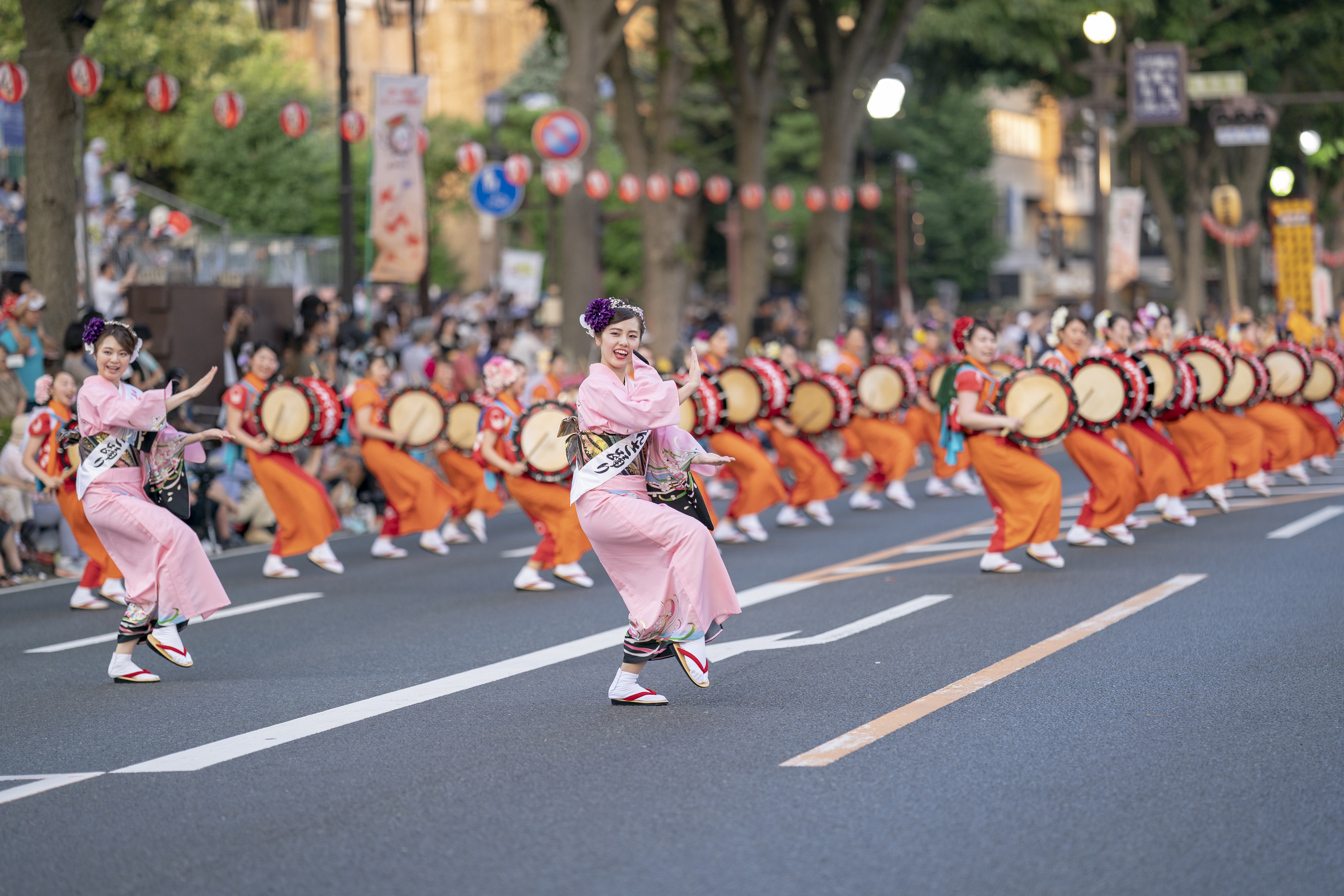 A traditional dance is the centerpiece of Iwate's largest festival

Sansa Odori is a dance performed by large groups of people dancing in a parade in sync with taiko drummers, flute players, and people chanting. The Sansa Odori Festival is Iwate Prefecture's largest festival, held from August 1 through 4 each year. Parades and dancing take place from 6 p.m. to 9 p.m.

It features the largest taiko drumming performance in the world, listed in the Guinness Book of World Records

Access the festival from Morioka Station, the city's transportation hub.

Cross the Kaiun Bridge directly in front of the station and walk east toward the city center for about two blocks. The parade route is on the four-lane street one block to the north of the main street in the city center.

Audience participation is actively encouraged in Sansa Odori. During the final half hour for the first three nights and the last hour for the final night of the event, parade-goers are invited to join in. Instead of marching, people dance in circles around floats that carry featured performers.

Sansa groups usually start practicing once or twice a week in two-hour blocks as early as three months before the festival. The event also draws active participation from non-Japanese residents living in the area through the Iwate International Association and the local chapter of JC International.

Though it may be called Snow Country, Iwate's mid-summer temperatures can reach 30 to 35 degrees Celsius even in the early evening when the festival takes place. Drink plenty of water and electrolyte-replenishing drinks if you intend to join in.

Any residents wanting to join a group will have to make a slight investment. The dress code requires a yukata robe (the cheaper jinbei is not allowed), white tabi socks, and approved zori sandals. It may be necessary to rent a taiko.