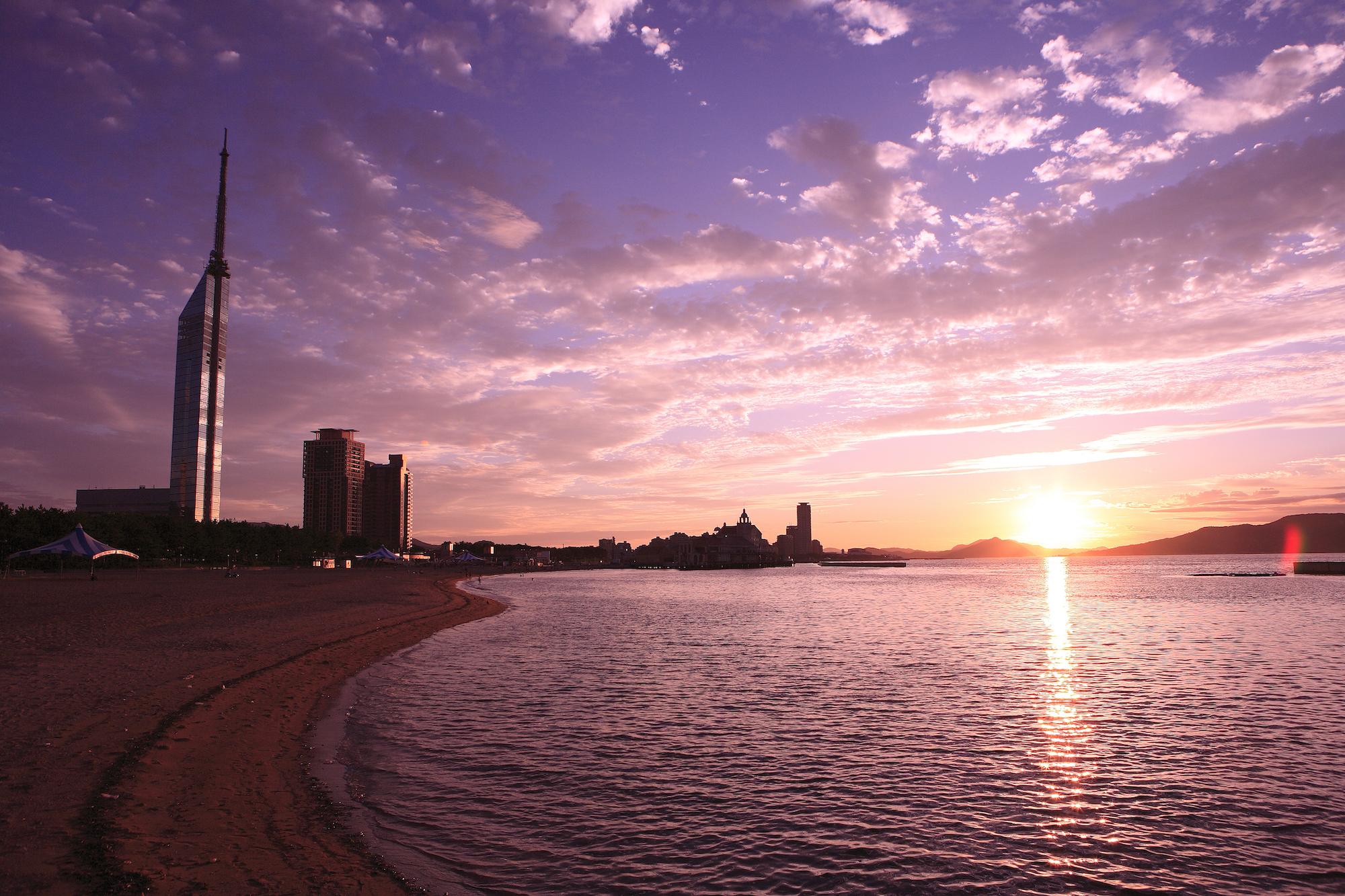 The Seaside Momochi area is home to some of Fukuoka's biggest tourist attractions, including the Fukuoka Tower , the PayPay Dome and Momochihama Beach.

Seaside Momochi is home to Fukuoka Tower , Fukuoka City's tallest building standing at a lofty 234 meters when the spire is included. The tower has three viewing decks above 100 meters, allowing for spectacular panoramic views of the city to the south and the sea to the north.

Home of the Hawks

The PayPay Dome is home to the very successful Japanese baseball team, the Fukuoka SoftBank Hawks. The dome is an impressive stadium building with a capacity of just under 40,000 people. In fair weather, the roof of the stadium retracts, opening up the ground to the blue sky.

Get out to the beach

Artificial beaches have been built in front of Fukuoka Tower and PayPay Dome , and are popular for sports such as beach volleyball and beach football. It's an excellent spot for running, and a number of cafes and restaurants here have a great selection of ice cream. Between the beaches is the Marizon complex, which includes several smaller shops and a wedding hall.

Artificial beaches have been built in front of Fukuoka Tower and PayPay Dome , and are popular for sports such as beach volleyball and beach football.

History in the making

The Fukuoka City Museum offers an insight into the history and culture of the city. With three exhibition spaces and a permanent exhibition devoted to telling the story of Fukuoka, the museum is a fantastic place to read up on local history and is only a short walk away from the beach.

The future is here

On the second floor of the TNC TV Building is Robosquare, where Fukuoka-made robots are on display. Over 250 different robots are housed in the collection and have a variety of features and functions. There are demonstrations, robot performances, small exhibits of current technology and a few hands-on experiences with some of the latest robo-tech.

A room with a view

Standing between the dome and the tower is the spectacular Hilton Fukuoka Sea Hawk Hotel. The hotel has a number of dining options open to the public on its upper floors, affording excellent lunch and dinner time views of surrounding Fukuoka.