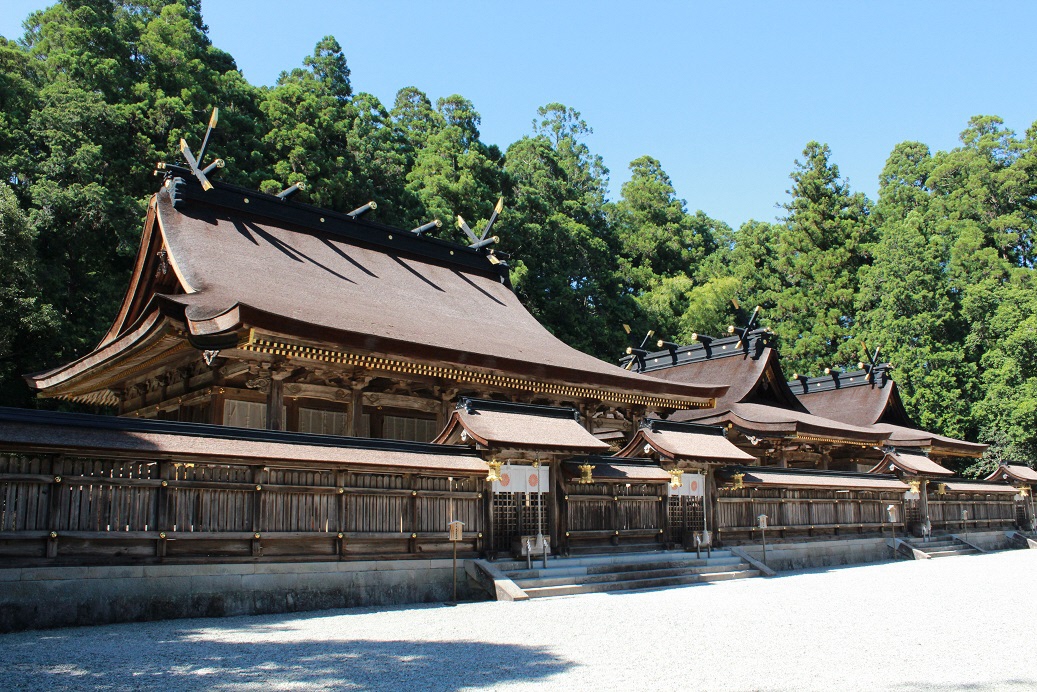 Kumano Hongu Taisha is one of the three grand shrines that make up Kumano Sanzan and is located deep in the Kii mountain range. Its wooden frame has long been a sight for sore eyes as travel-weary pilgrims climb the final stone staircase to the sanctuary.

Traditionally reached via an arduous pilgrimage through the mountain, today Kumano Hongu is easily accessed by bus.

Take the bus from Shingu (one hour and 20 minutes), Kii-Tanabe, or Shirahama stations (around two hours). Get off at Hongu-Taisha-Mae for the closest access to the shrine or Hosshinmon Oji for a beautiful two-hour hike along the historical approach.

Entry to the temple grounds is free, but there is a 300-yen charge to enter the treasure room

A move to safety

You might think the shrine looks relatively youthful for its 900-odd years, and you would be right. In 1889, a great flood swept through the shrine at its original home of Oyunohara. What remained was transported to its current home in Tanabe and meticulously rebuilt.

The original site is a quick walk from the current shrine grounds, easily marked by the massive torii gate built in 2000 to commemorate the former location.

All roads lead to Hongu Taisha

All the pilgrimage routes on the historic Kumano Kodo Pilgrimage Route eventually come to the stone steps leading up to the grand shrine of Kumano Hongu Taisha Shrine . However, not all visitors have endured the arduous weeks of walking through rugged mountain terrain that the ancient pilgrims undertook. Today, the shrine is very popular with day visitors and is particularly crowded during the New Year period.

Hidden among the cypress

In contrast to the vivid reds of Hayatama and Nachi Taisha, Kumano Hongu Taisha strikes a more subdued figure as its wooden facade blends into its natural background. Its sweeping cypress bark roof is particularly impressive.

Every spring, the shrine plays host to the Kumano Hongu Taisha Spring Festival. On April 13, fathers and sons immerse themselves into the sacred waters of the nearby Yunomine Onsen in an act of purification, then trek part of the Kumano Kodo Pilgrimage Route in traditional costume. The fathers need to be strong, as their sons are forbidden from touching the ground.

On April 15, the Kumano deities take up residence in their portable shrines and are transported to the original site of the shrine in Oyunohara. Later, in August, is the Yata-no-Hi Fire Festival, which takes place at the shrine's original site of Oyunohara and includes a flaming mikoshi shrine and fireworks.