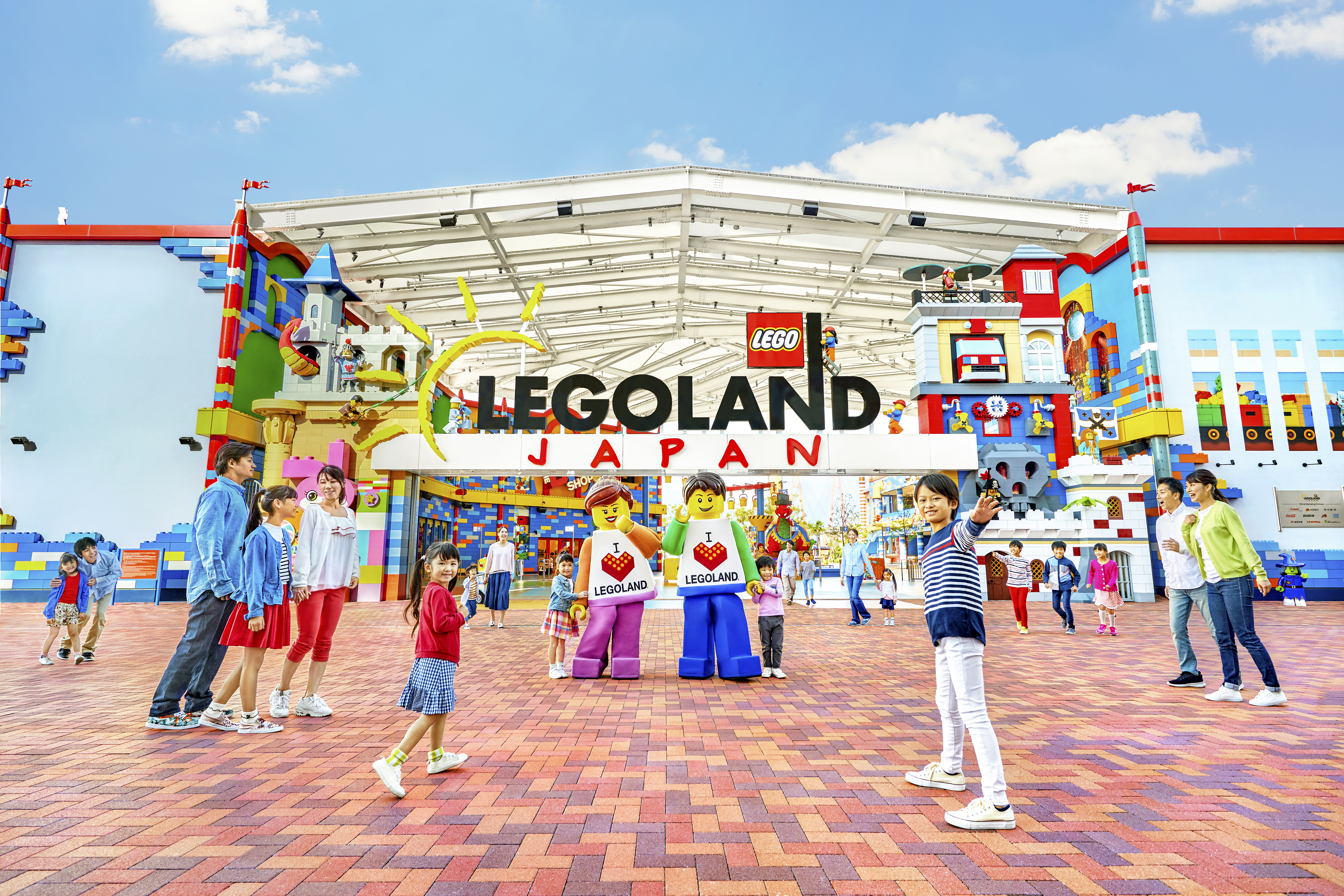 Interactive rides, attractions, and unlimited fun in a world of Lego

The world-famous theme park Legoland opened its first location in Japan, in Aichi , in 2017. The park delights children and kids at heart from far and wide.

From Nagoya Station it is 25 minutes on the Aonami line to Kinjofuto Station. The park is around 10 minutes on foot from there.

The new kid on the block

Japan has many amusement parks, and Legoland Japan is one of the most recent theme parks for you to enjoy unlimited fun.

Legoland Japan offers over 40 different rides and attractions, and while it is indeed fun for all the family, it really puts a smile on the faces of children, particularly from around 2 to 12 years old.

With 17 million Lego blocks used in the construction of Legoland, along with 10,000 different Lego models, you get an idea for the scale of the park. There are seven different areas to thrill your family, each with their own original Lego theme.

Adventurous kids will love Knights Kingdom where they can ride The Dragon, an exciting rollercoaster ride around a castle, while young explorers will be thrilled at blasting targets with laser guns from their desert off-roaders in the Lost Kingdom Adventure.

Little pirates can test their nerve on high seas experiences, and future mechanics can take part in workshops, fly Lego contraptions, and put their building skills and imaginations to the test.

From flying a plane or driving a car to being a firefighter, driving a boat, or becoming a ninja, there are experiences for every child at Legoland.

If you have ever spent an exasperated morning on your child's birthday trying to help them put together a complicated Lego structure, visit Miniland. Here you can see the sights of Tokyo, Osaka, Kyoto, Nagoya and other Japanese destinations recreated out of Lego bricks. 10,496,352 of them to be exact.

Fun for them, easy for you

Legoland is fun for kids and easy for parents and guardians. Stroller and buggy rental is available for parents with young children, and there are plenty of restaurants and food carts selling snacks on site. Legoland Japan opened an onsite hotel in 2018, and there are many other accommodation options in and around Nagoya.

If Legoland isn't enough, then just the other side of Kinjofuto Station is the SCMAGLEV and Railway Park, a must-see for young train enthusiasts. The Maker's Pier Mall complex adjoining Legoland has a mix of Western and Japanese restaurants and is perfect if you can't wait to get back to Nagoya for dinner.