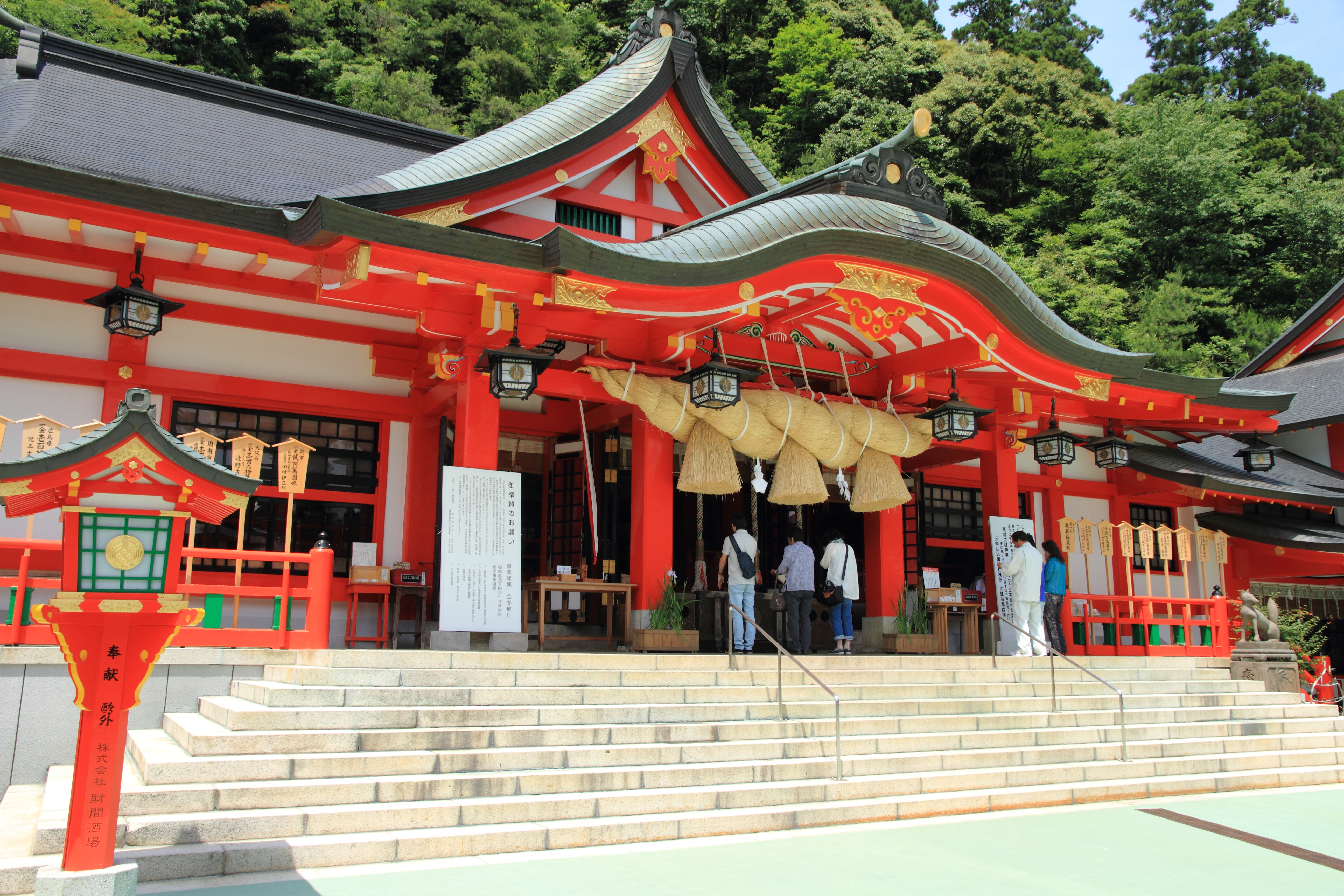 A major Inari fox shrine once for the sole use of castle lords, with a torii tunnel

One of the top five Inari shrines in Japan, Taikodani Inari-jinja draws a million visitors a year from far and wide thanks to its reputation for fulfilling wishes.

Founded in 1773 by the lords of the castle on the mountaintop above, this shrine was for the exclusive use of the ruling samurai until being opened to the public in the late 19th century.

You can get to the shrine by train and then a short walk or a taxi.

Only a couple of minutes' walk from the main tourist street of Tonomachi, or a six-minute taxi ride from Tsuwano Station.

A red torii tunnel shows you the way

From the cluster of small, pretty shrines at the base, you ascend a path that zig-zags up the hillside through a virtual tunnel of red wooden torii, the traditional simple gate of Shinto shrines.

On the way up, you pass numerous tiny shrines populated with white fox figurines, the messengers of the Inari deity, historically tied to the rice harvest. Once at the top, you enter a large platform surrounded by colorful buildings and dotted with pine trees.

Oharai, the purification rituals, take place throughout the day in the great main hall with its massive shimenawa, a rice straw rope that marks sacred space.

In other shrine buildings you may see Mikomai, the elegant dance performed by shrine maidens. Take the steps down below the main platform to where cars and taxis can reach the shrine and see the purpose-built shrine where cars and their drivers are blessed in traffic-safety rituals.