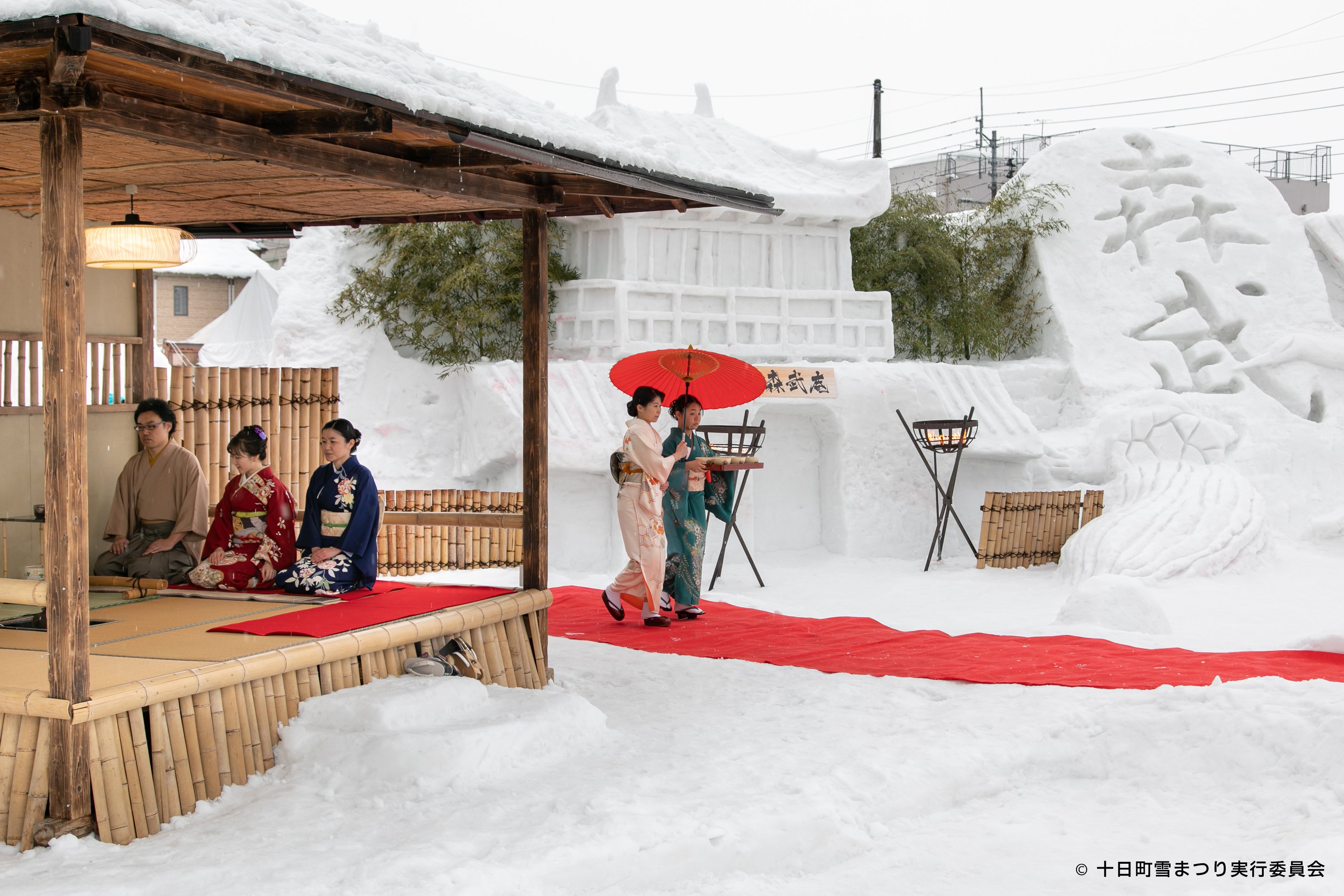 Celebrate the snow in Tokamachi

The annual Tokamachi Snow Festival is a winter festival in Niigata Prefecture that attracts many visitors from Japan and abroad. The event features snow sculptures created by local residents scattered throughout the city. At the Festival Plaza, you can enjoy hot local specialties, snow games, and gazing at the snow sculptures.

From Tokyo Station, take the Joetsu Shinkansen to Echigo-Yuzawa Station. Transfer to the Hokuhoku Line to Tokamachi Station.

Tokamachi receives heavy snowfall every year, and the Tokamachi Snow Festival was born from concept of enjoying and overcoming the snow by local residents, who understand the harsh beauty of winter. The city is called the "birthplace of the modern snow festival" because it was the first one held by local residents. The city is decorated with snow sculptures created by these residents, creating a unique impression you won't find elsewhere.