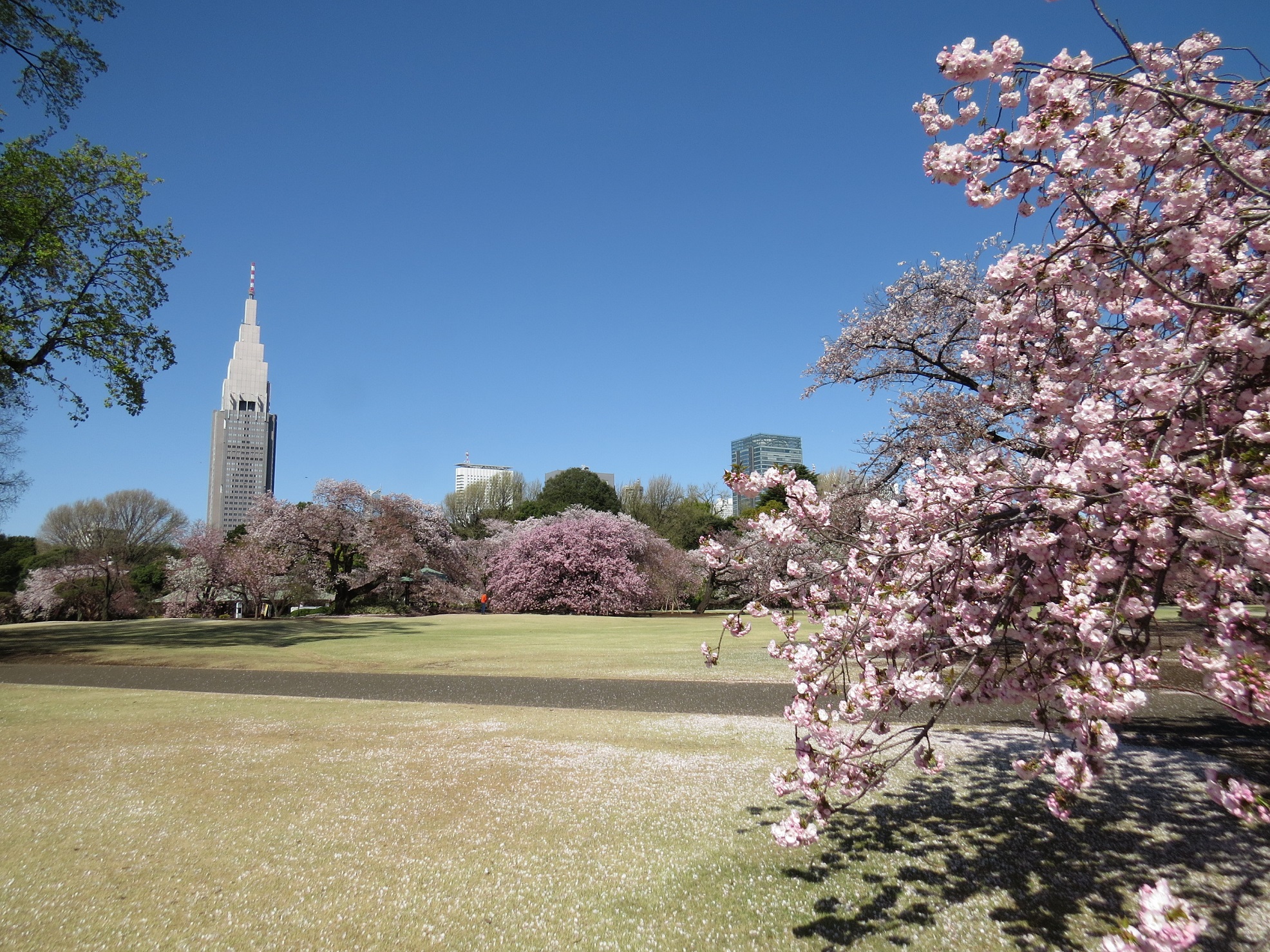 An expansive oasis of gardens once reserved for royalty

Shinjuku Gyoen National Garden is a pleasant and refreshing escape from Tokyo's concrete cityscape. Once a feudal lord's domain, it later became the imperial garden for the imperial family, nobles and invited guests. While Yoyogi Park , the Imperial Palace , and other temples and shrines offer green spaces, none of them can match Shinjuku Gyoen, which covers a massive 144 acres and continues to be one of the best places to visit in Tokyo.

From Shinjuku Station, the Southeast Exit is the closest to Shinjuku Gyoen. It takes approximately 10 minutes on foot.

Three ways to view the gardens

Shinjuku Gyoen National Garden is really three gardens in one, with western and Japanese-style gardens.

The French style formal area is considered the most romantic. This is because of the abundant flowers, especially roses. This part of the garden is especially popular in the spring when the majority of the flowers bloom. You can also see hundreds of trees changing colors before the cold winter months. The English style garden features expansive open lawns surrounded by flowering cherry trees.

The Japanese garden is an integral part of the garden's origins, with large ponds dotted with islands and bridges. Well-manicured shrubs and trees surround the water together with a tea-house and pavilion. While beautiful year-round, this garden should not be missed in spring and fall.

The garden was originally built as the private residence of Lord Naito—an Edo era (1603-1867) feudal lord. In 1906, the garden was converted into a imperial garden by the Meiji government.

The garden remains associated with the Imperial Family. The Showa Emperor (1901-1989) considered Shinjuku Gyoen National Garden such an important part of his childhood that his funeral was held here as an official state ceremony on February 24, 1989.

If you're in Tokyo during sakura season, Shinjuku Gyoen is a beautiful place to experience Japanese hanami (viewing the cherry blossoms), when approximately 1,000 cherry trees color the garden in many shades of pink. Bring along a picnic lunch and join the fun. Hanami is a truly Japanese experience.

Keep in mind, however, that the garden prohibits alcohol consumption. Because of this, the garden is a popular cherry-blossom viewing choice for those with babies and children.

More to see and do

The Taiwan Pavilion is an authentic Chinese structure built to celebrate the Emperor Showa Hirohito's wedding, paid for by Japanese people living in Taiwan at the time.

The greenhouse at Shinjuku Gyoen National Garden looks like a glassed-in indoor jungle. This botanical garden features orchids, unusual plants from the subtropics, plants in danger of extinction, large trees, ponds and waterfalls. It's divided into pond, tropical, subtropical and desert areas.

Makoto Shinkai's 2013 anime film, The Garden of Words, is set in Shinjuku Gyoen. He made the film from a desire to preserve the beauty of the garden in the event of a natural disaster, based on his feelings after the Great East Japan Earthquake and tsunami of 2011.

Many scenes in the film use Shinkai's photos as the base for the illustrations. A majority of the film's action takes place at one small pavilion in the garden. If you're a Shinkai fan, the area makes for a perfect photo opportunity.

Please note: No alcoholic beverages and no play equipment are allowed in the garden. Please check the official website of the Shinjuku Gyoen National Garden before you visit.