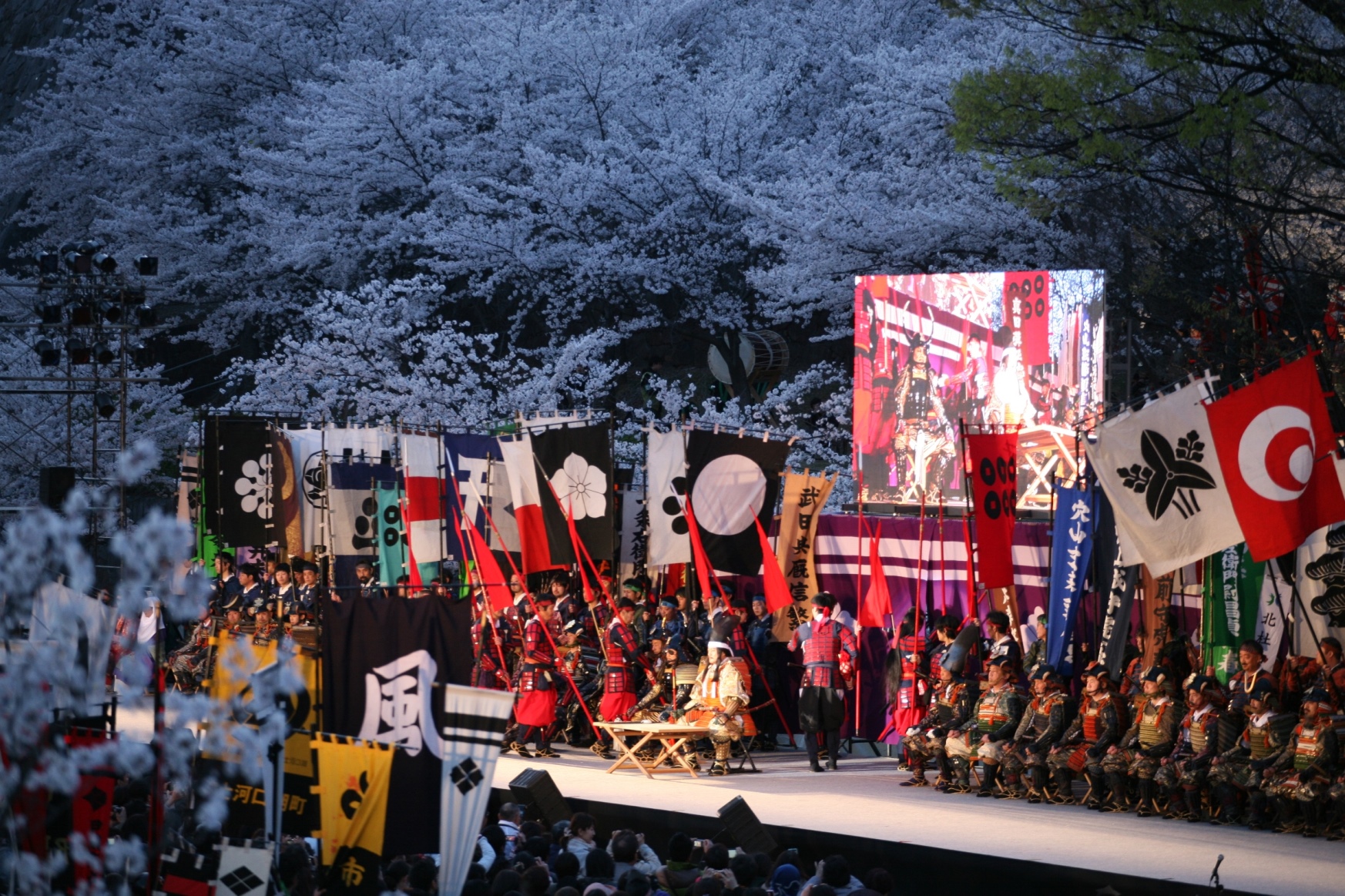 Even those with only a passing interest in Japanese history will no doubt have heard of Takeda Shingen, regarded by many as one of the most powerful daimyo in Japanese history. While he fought an ultimately losing battle against Tokugawa Ieyasu's forces, he's revered to this day.

The Shingen-ko Festival, held in mid-April, celebrates Takeda's life and ongoing influence, and incidentally holds the world record for largest gathering of samurai.

The festival can be accessed by train and highway bus in about 90 minutes from Shinjuku , Tokyo .

By train, go to Kofu from Shinjuku by the JR limited express, which takes around 90 to 105 minutes. A local train takes approximately 160 minutes but is much cheaper.

The highway bus departing from Shinjuku Bus Terminal takes around 130 minutes to Kofu.

From Kofu Station, it is only a minute or two on foot.

The mystery of Shingen's death

The festival is held every year on, or the Saturday before, April 12, the day Takeda Shingen died. His death is surrounded by mystery. Some say he was shot by a sniper. Others say he finally lost a battle against an old war wound, while some believe he died of pneumonia.

No matter how he died, his death was a great loss for those battling against Tokugawa, and his life is still celebrated half a millennium later.

On the Saturday before April 12, the streets of Kofu are lined with the biggest samurai parade in Japan.

It is estimated that over 1,000 people participate wearing traditional samurai garb. They gather at Kofu Station before marching through what was once Takeda's domain.

Later in the day, they re-enact the battle of Kawanakajima, for which many of the participants practice all year to make sure they have all the details ironed out. This takes place at Takeda Shrine.

Taking part in the battle

You don't have to just watch the parade. If you'd like to join, you can contact the festival organizers and reserve a spot in the ranks of the army. A contribution of around 13,000 yen must be made, and places are limited.

A game of generals

In real life, Takeda surrounded himself with 24 generals, each of which he trusted dearly and played an important historical role.

The festival also includes each of these generals, each with his own unique armor. Trying to spot and recognize each of them is a fun game for aspiring historians.