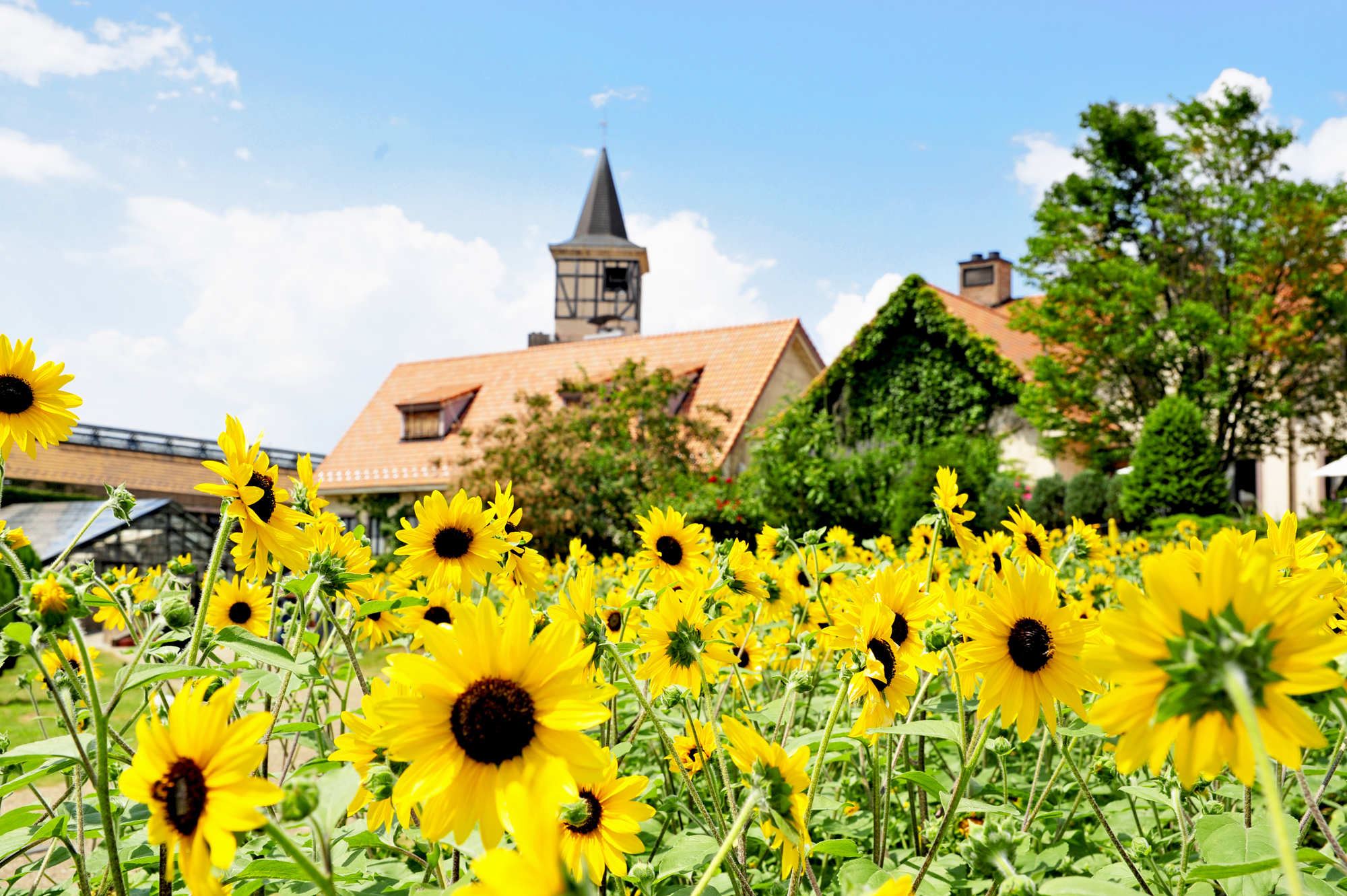 Although based on "Heidi's Years of Wandering and Learning" by Swiss author Johanna Spyri, Heidi's Village is more popularly associated with an animated television series popular in Japan in the 1970s that is still instantly recognizable in Japanese pop culture.

Heidi's Village can be easily accessed by public transportation or by car from Tokyo .

From downtown Tokyo, take the JR Chuo Main Line to the closest station, Nirasaki Station. It takes an hour and 30 minutes by limited express. The village is a 30-minute bus ride from Nirasaki Station.

If you're coming by car, the Sutama or Nirasaki Interchanges are the closest. There is free parking for 400 cars and 20 buses.

The theme park does its utmost to replicate the alpine setting from the television series, with buildings that look like they have been airlifted from a European ski resort. You can enjoy fields of tulips, sunflowers, and roses while strolling around the park.

Events are held throughout the year as the seasons change and different plants bloom.

Two popular events celebrated at Heidi's Village are Halloween and Christmas. For the former, huge pumpkins are placed around the park.

For Christmas, thousands of tiny lights illuminate the entire park, and the atmosphere is often enhanced with a gentle sprinkling of snow.

You can make the most of the scenery and have your wedding at the theme park, which is a particularly popular choice when the tulips and roses are in full bloom.

Eating and drinking at Heidi's Village

There are numerous eateries to choose from in Heidi's Village, including Western food like cheese fondue and Heidi's Village original wine. Also available are Japanese staples from traditional soba noodles and tempura to simpler fare like ramen noodles or omelet-rice.