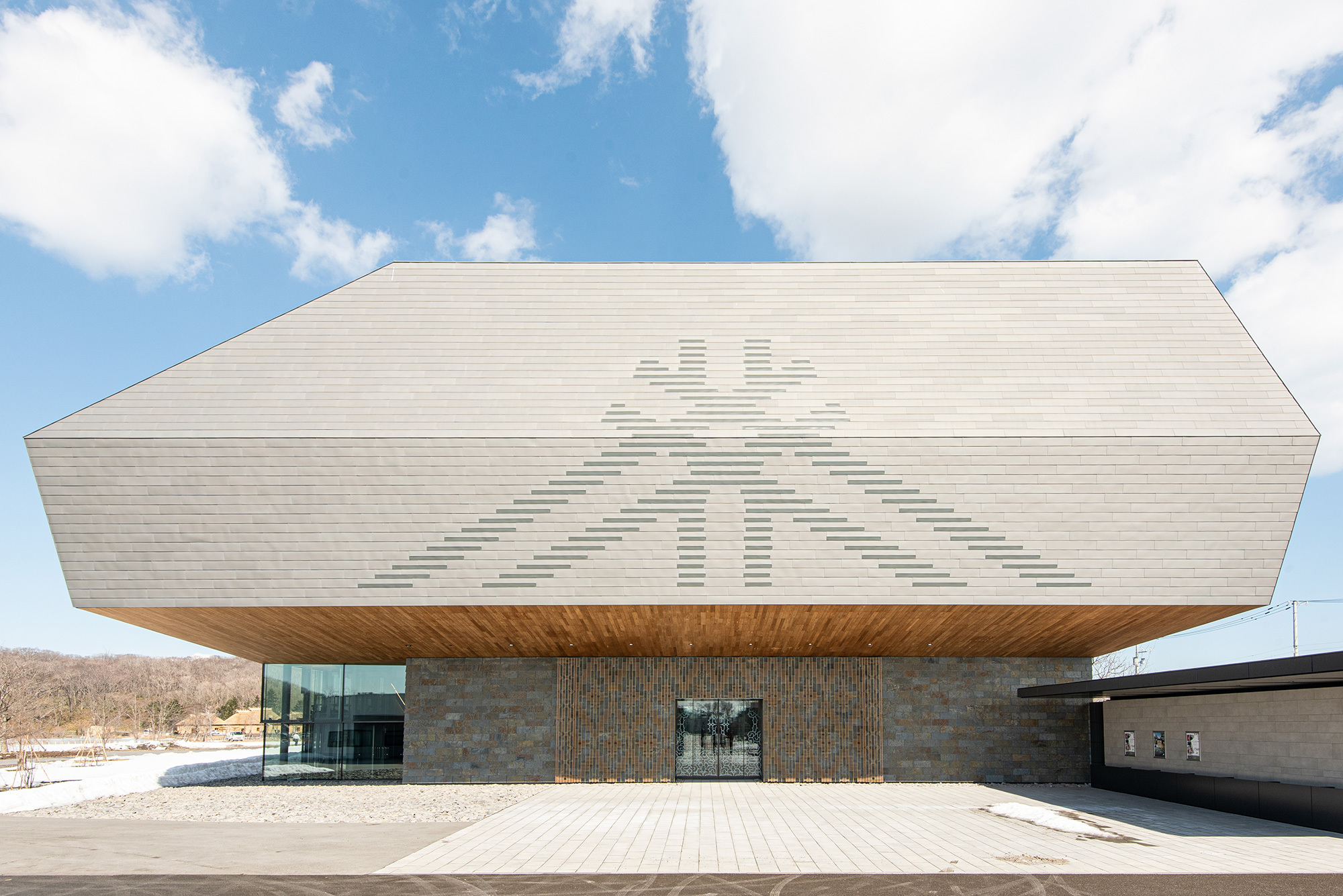 The National Ainu Museum and Park promotes the life and culture of Ainu people, an ethnic group indigenous to northern Japan

The open-air facility, with interactive educational exhibits, is better known by nickname, “Upopoy.” The name Upopoy means “singing in a large group,” symbolizing the facility's mission to provide a place for people to gather and learn as a community. Upopoy provides an in-depth look at a history and culture few people outside Japan have heard about.

Upopoy is accessible by rail and car. The closest station is JR Shiraoi Station—around 65 minutes from Sapporo. The facility is a ten-minute walk from the North Exit of the station. Parking is available for visitors arriving by car.

National Ainu Museum: A wealth of cultural and learning experiences

Upopoy opened in 2020 and one of its main facilities is the National Ainu Museum, Japan's northernmost national museum. It houses a permanent exhibition encompassing six themes related to Ainu people and culture: Language, Universe (spirituality and customs), Lives, History, Work, and Exchange (Ainu interactions with other ethnic groups). In the main exhibition hall, you can roam freely and gain insights into Ainu culture at your leisure. It features Tempatempa (“touch and feel them” in Ainu), an interactive space where you can deepen your understanding of Ainu culture through models, dioramas and puzzles based on the permanent exhibition's six themes.

In the special exhibition hall, you can find the latest research into Ainu culture and a range of other subjects, including Japan's other Indigenous peoples and cultures. The theater in the museum shows two short, introductory films that give an overview of Ainu history and spirituality as well as a look at Ainu exhibitions in museums around the world.

This is an image of the facility. Courtesy of The Foundation for Ainu Culture

Image is for illustration purposes

Outside the museum is the National Ainu Park. Its lush greenery and extensive walking paths encourage contemplation on the importance Ainu culture places on coexisting with nature. As you explore, stop by its many experience centers for an up-close look at Ainu crafts, cuisine, life and music.

On Upopoy's western side is the Cultural Exchange Hall (uekari cise), where you can enjoy traditional music and dance performances, including an “Ainu ancient rite dance” that was designated as an Intangible Cultural Heritage of Humanity by UNESCO. This dance is accompanied by demonstrations of the mukkuri (a bamboo mouth harp) and tonkori (a five-stringed zither). These performances are also held in the open at Cikisani Square, with Lake Poroto as a stunning, natural backdrop. A short walk away from the Cultural Exchange Hall is a workshop where you can cook and sample Ainu dishes and learn how to play the mukkuri and tonkori.

Further east, you can watch Ainu woodcarving, embroidery, knitting and weaving demonstrations while listening to brief educational commentaries at the park's Crafts Studio (ikar usi). You can also participate in workshops and try these crafts for yourself.

The Kotan (Traditional Ainu Village) is at Upopoy's northernmost edge. Explore inside a cise, or traditional Ainu home, and listen to audio guides explaining how the Ainu used to live and the people's connection to kamuy, spirit deities that exist throughout nature and watch over humans. While here you can try on Ainu clothing and participate in some of their traditional ceremonies.

Some workshops may be changed or cancelled at this time due to the spread of COVID-19. Courtesy of The Foundation for Ainu Culture

A mission of preservation

Upopoy has a vital mission—to preserve and promote Ainu culture and history. Each year, there are fewer people who can pass on Ainu history, language and traditions to the next generation. To counteract this, Upopoy was created as a space where Ainu culture can be safeguarded.

As a center for learning, Upopoy enables people from around the world to discover a vibrant, but little-known culture. It will become a base from which Ainu research is conducted and where Ainu culture is revitalized and expanded. It will also act as a symbol of the Japanese government's commitment to ensuring that Japan's Indigenous people are treated with respect and dignity.