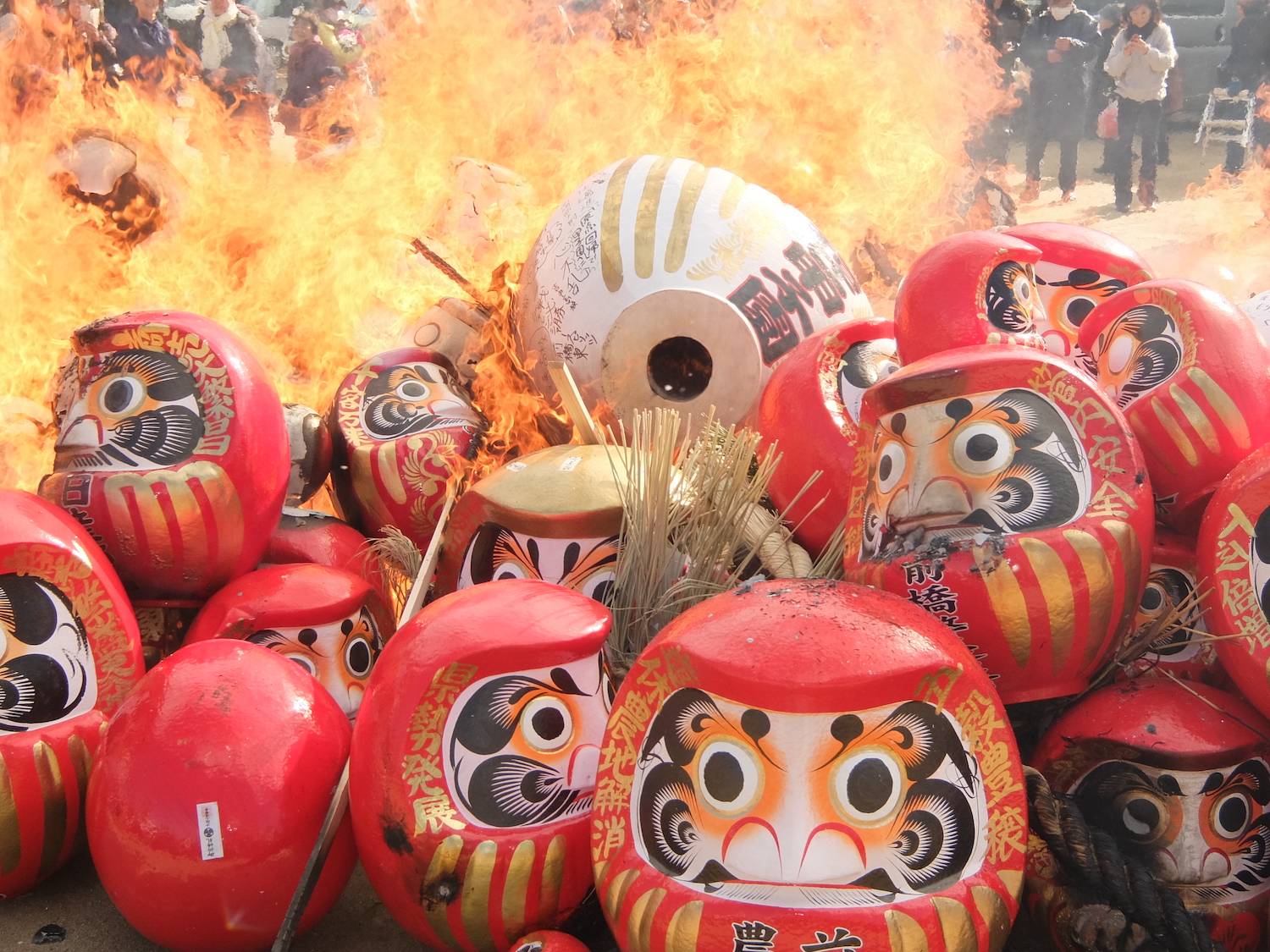 Make a wish for the year ahead

The Hatsuichi Matsuri is a lively festival that has been held every January since the 1600s. People come to give thanks for past triumphs and wish for good luck in the new year using a paper-mâché doll known as a daruma, modeled after Bodhidharma, the founder of Zen Buddhism. They place their old daruma on a bonfire and buy a new one for the coming year.

The nearest shinkansen stop, Takasaki Station, is a one-hour journey from Tokyo.

Daruma is the Japanese pronunciation of the Sanskrit word "Dharma"

Nearby Takasaki is known as the Daruma doll capital, but Maebashi has held the festival since the 1600s

Rain or shine, this traditional festival is held every year on January 9 on Route 50 in downtown Maebashi. Hundreds of stalls sell charms and daruma, so you are bound to find one you fancy. The most common variety offered is the daruma doll, but you can also purchase other kinds of charms such as maneki-neko cats. In true market style, there are often no price tags, giving you the chance to bargain with the friendly stall owners.

What do you do with a daruma doll?

Color in one eye when you make a wish

Place it in a prominent place so it can keep watch

Color in the other eye when it comes true

Out with the old, in with the new

The festival starts around 10 a.m. with a ceremonial burning of the previous year's daruma dolls. Head over to Hachiman Shrine to see the thanksgiving bonfire, symbolizing the return of the good luck charm to the heavens.

Afterward, you'll see a portable shrine carrying the spirit of the market god through the streets.