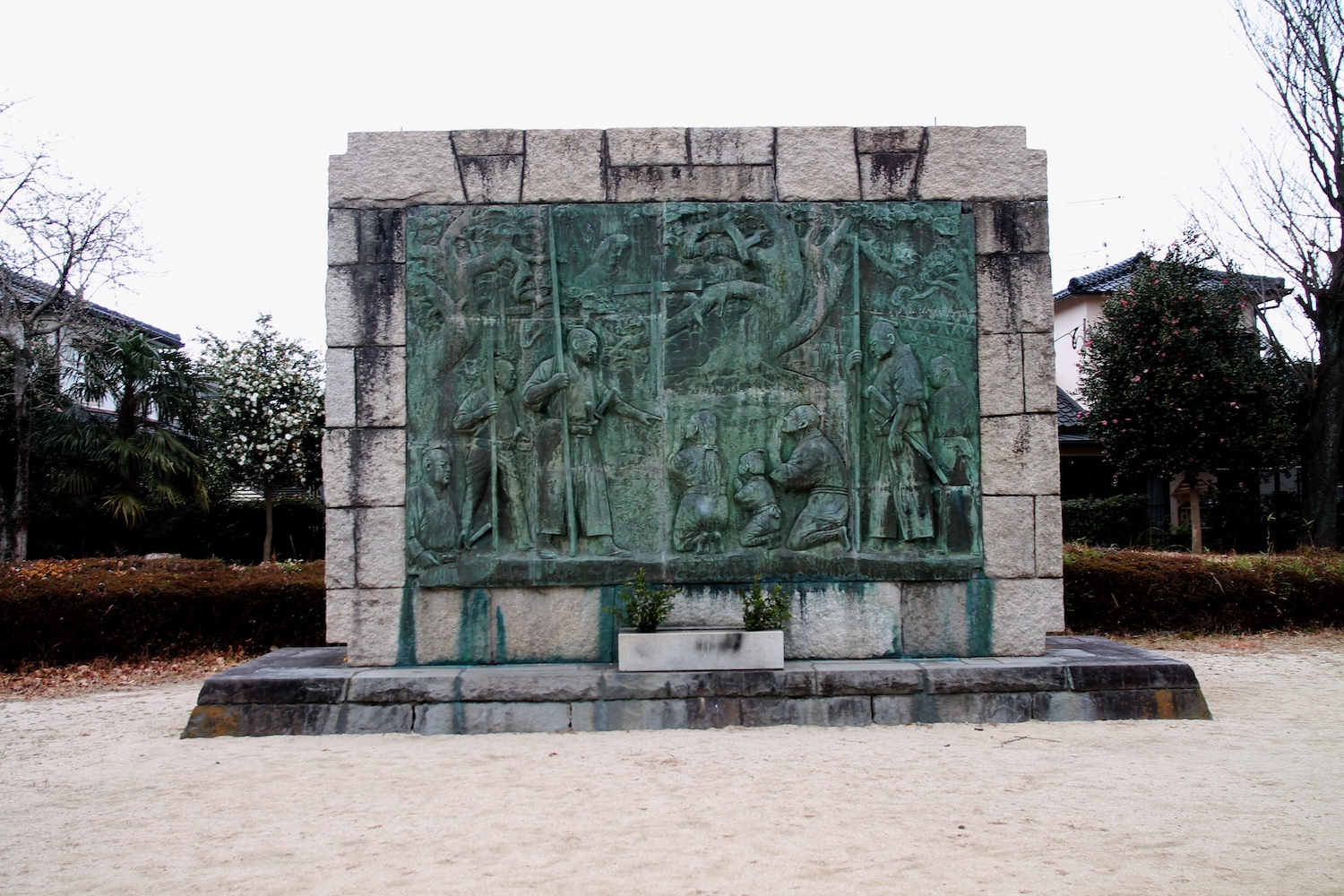 In memory of people who died for their faith

Dedicated to unwavering faith and religious loyalty, the Oita Christian Martyrs Memorial Park is a naturally beautiful site remembering those who died as martyrs during Japan's 17th-century purge of Christianity.

The easiest way to get to the park from Oita Station is by taxi. If you have a car, parking is available on site.

Oita Station is served by the JR Kyudai, Hohi and Nippo Main Lines, offering access to much of the wider Kyushu area.

In the 16th century, during the rule of the war lord (daimyo) Sorin Otomo, Christian beliefs and culture flourished in modern-day Oita and many people became ardent believers.

However, with the prohibition of Christianity in the early 17th century, thousands of believers were arrested and executed for refusing to denounce their Christian beliefs. This memorial park was established to remember some 200 local people who died as martyrs to Christianity.

The introduction of Christianity

Otomo was one of the war lords at that time to have converted to Roman Catholicism. He engaged in trade with the Portuguese ships that landed in modern-day Oita and the city became a major point of contact between Japan and the west.

The arrival of Saint Francis

Following the prohibition of Christianity in the 17th century suspected believers were forced to trample on holy images to prove they were not Christians. Others became ‘hidden Christians,' practicing their religion in secret to escape persecution or by blending it with Japan's religions of Shintoism and Buddhism.

The martyrs of Oita

Still others refused to give up Christianity, even when faced with death. In modern-day Oita, too, there were many martyrs. In the village of Katsuragi, where this Memorial Park is located, some 200 martyrs of all ages defiantly chose to die rather than denounce their religious beliefs.

Watch the sun set across the park

Visit the park to explore the story behind this period of religious conflict and pay tribute to the unwavering faith of the martyrs of Oita. Signposted with memorial monuments, the park is awash with a powerful feeling of serenity and peace during the evening sunset.