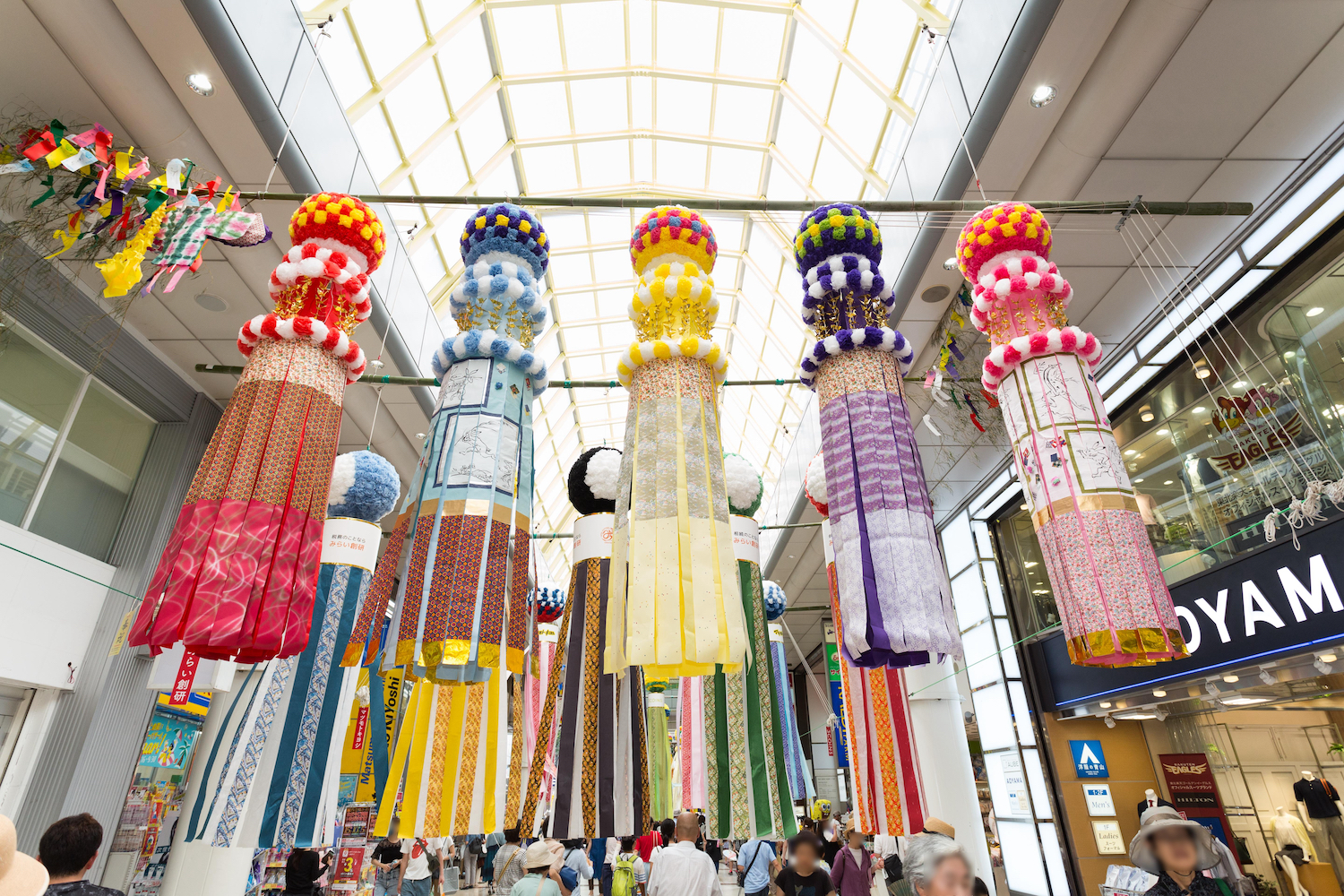 Experience one of Tohoku's most popular summer festivals, with spectacular decorations

Tanabata, or the star festival, is a popular festival celebrating an ancient Chinese legend about star-crossed lovers, Altair and Vega. In Japan, these two stars are called Orihime and Hikoboshi. According to legend, the lovers are separated by the Milky Way, and can only meet on one night a year. Tanabata festivals are usually held on the 7th day of the 7th month. Depending on the calendar used, that could mean July or August.

The best ways to get to Sendai from Tokyo are via bullet train, air, or highway bus.

By train, take the Tohoku Shinkansen to Sendai Station from Tokyo, which arrives in around an hour and 30 minutes.

Via highway bus, you'll find numerous buses throughout the day. These will take roughly six and a half hours depending on traffic.

Air is the fastest option to reach Sendai in around one hour, but the most costly as well.

Starting off with summer fireworks

The Sendai Tanabata Matsuri runs from August 6 to 8, one month later than most of the rest of Japan. A fireworks display is held just behind Nishi Koen Park along the Hirose River on August 5.

During the next few days, get lost in the near-infinite number of Tanabata decorations. All designs feature a large paper ball with sturdy streamers hanging low enough to touch and walk through.

Seemingly out-of-place symbolic items are incorporated into the designs. For example, a wastebasket represents cleanliness, while a net is displayed in hopes of a plentiful catch at sea.

The romantic story behind the festivities

Tanabata is a centuries-old tradition in Japan, born from a story about the doomed romance between the weaving princess Orihime (Vega) and the cow-herding Hikoboshi (Altair). When the lovers focused more on their relationship than their responsibilities, Hikoboshi's cows escaped wreaking havoc among the heavens.

The princess's strict father now only allows the couple to meet on the seventh day of the seventh month once a year if they work hard. That day is Tanabata.

The latest information may differ, so please check the official website.