Dinosaurs, daimyo and magnificent gardens in a venerable castle town

The capital and hub of Fukui Prefecture, Fukui City is near the Sea of Japan and flanked by mountains. This little castle town has a place in history as the base of the powerful Matsudaira clan, and is also close to the world-renowned Fukui Prefectural Dinosaur Museum, known for its collection of dinosaur skeletons and paleontological research.

Fukui City a major transport hub with connections to both Osaka and Kanazawa.

Express Japan Rail services connect Fukui City with Osaka and Kyoto in around two hours, and Kanazawa in under an hour.

Fukui City boasts an abundance of stunning gardens and parks, but Yokokan Garden is the jewel. Originally built as the villa of the Matsudaira family—the daimyo that ruled over the Echizen Domain from the Edo period (1603–1868) through to the Meiji era (1868-1912)—these beautiful gardens surround a large pond. Walking around the garden, you may feel you've gone back centuries in time.

Get a panoramic view of the garden from the villa

Once you've explored the garden, be sure to explore the villa itself. Restored to its original state after being destroyed during World War II, this villa is the epitome of traditional Japanese architecture. With a panoramic view of the gardens, sitting in the villa gives you a taste of what it was like to be a noble.

Stroll through a tunnel of pink along the Asuwa River

The Asuwa River runs right through the middle of downtown Fukui City. Every spring, 600 cherry trees create a beautiful tunnel of blossoms by the river.

If you've ever collected fossils or watched the movie Jurassic Park, visit the Fukui Prefectural Dinosaur Museum not far from the city. One of Japan's most revered temples, Eiheiji , is also makes for a great half-day trip.

Maruoka Castle , one of just twelve castles in Japan that has a surviving, intact keep from the feudal age, is another possibility.

Spring is not the only time of the year that you can catch some beautiful blooms. If you head over to the Miyanoshita Cosmos Garden during the fall, you'll be rewarded with a fantastic view—a field of millions of cosmos flowers in full bloom.

Indulge in some Echizen crab

When it comes to food in Fukui, you can't miss Echizen crab. This delicacy is only available from November through March and is the symbol of winter in Fukui Prefecture. Depending on the size of the crab it can get quite pricey, but people come from all across the country just to feast on this particular delicacy.

If you miss that seasonal window for Echizen crab, be sure to try Echizen soba instead. Consisting of buckwheat noodles topped with grated radish, spring onion, and a light, soy-based sauce, this dish is one of the most famous local dishes Fukui has to offer. 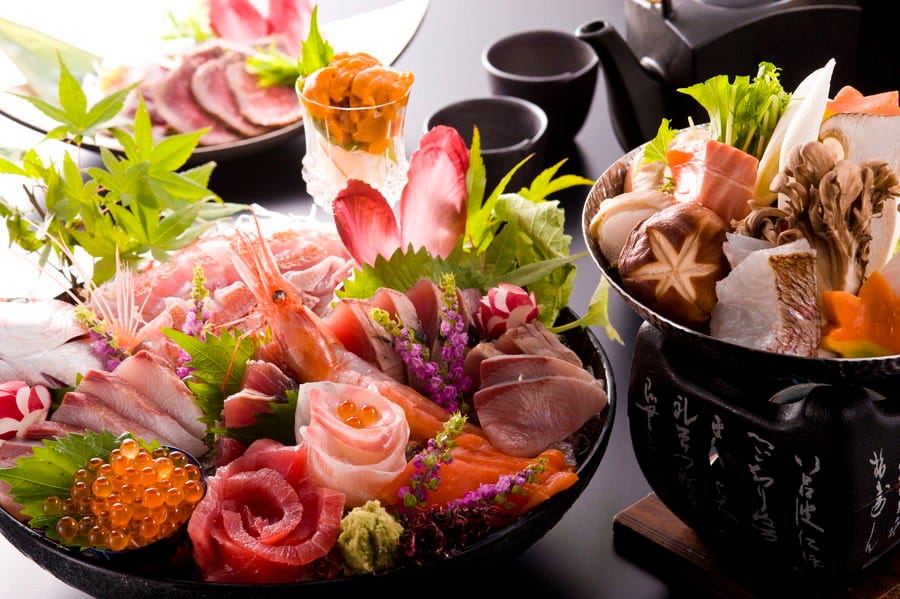 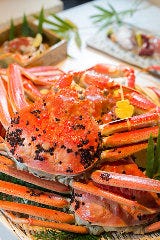 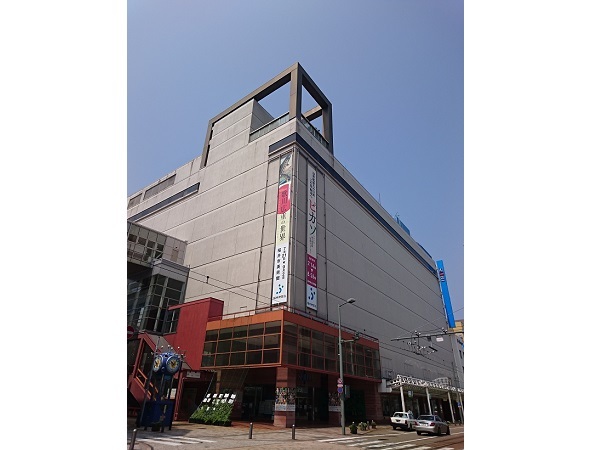 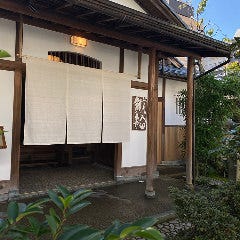 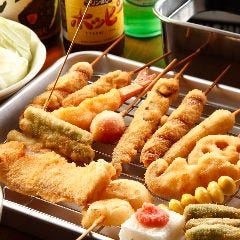 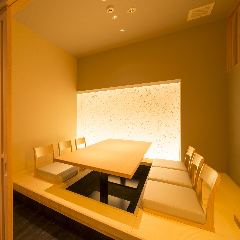 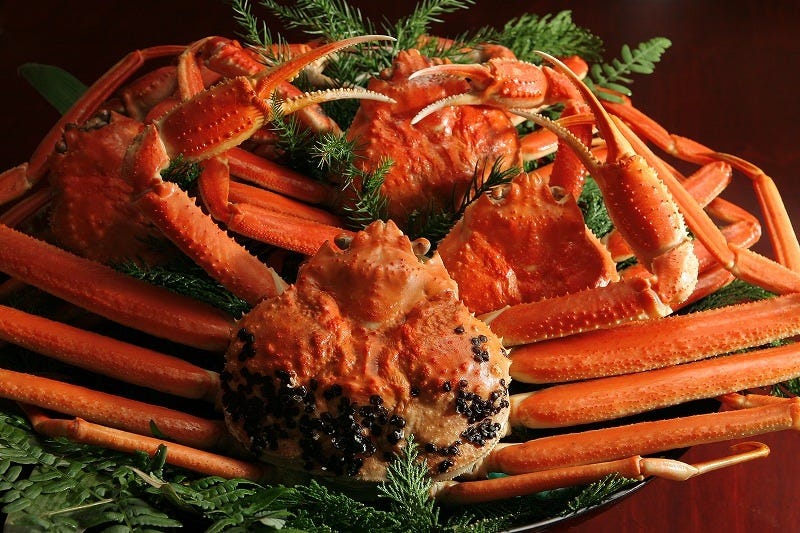 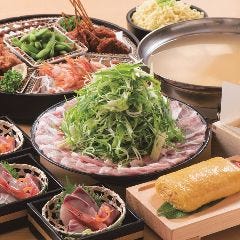 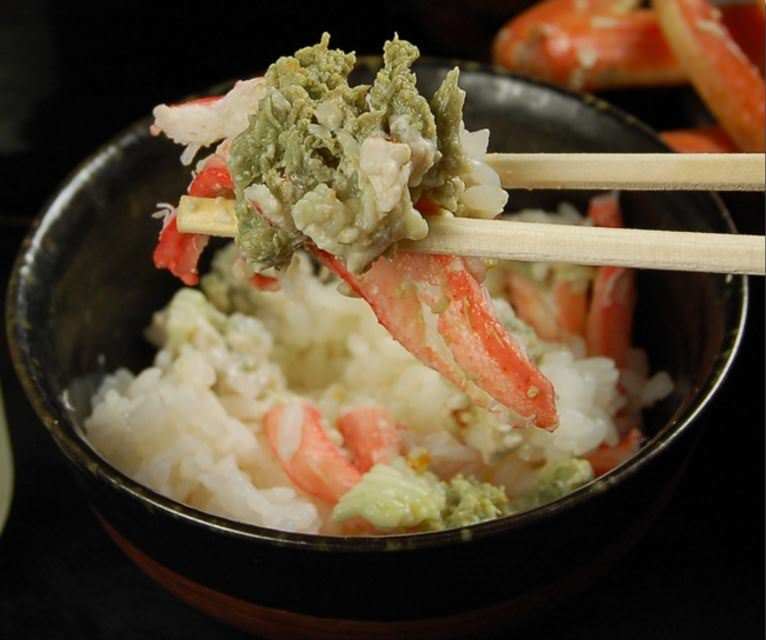 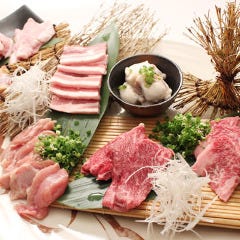 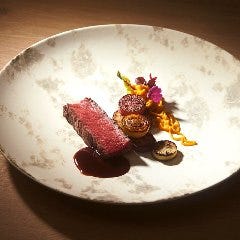 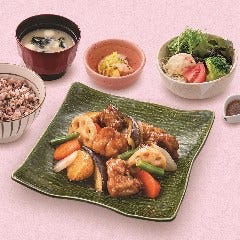 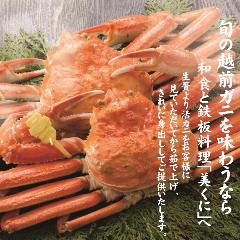 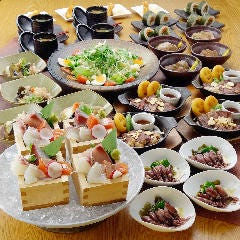