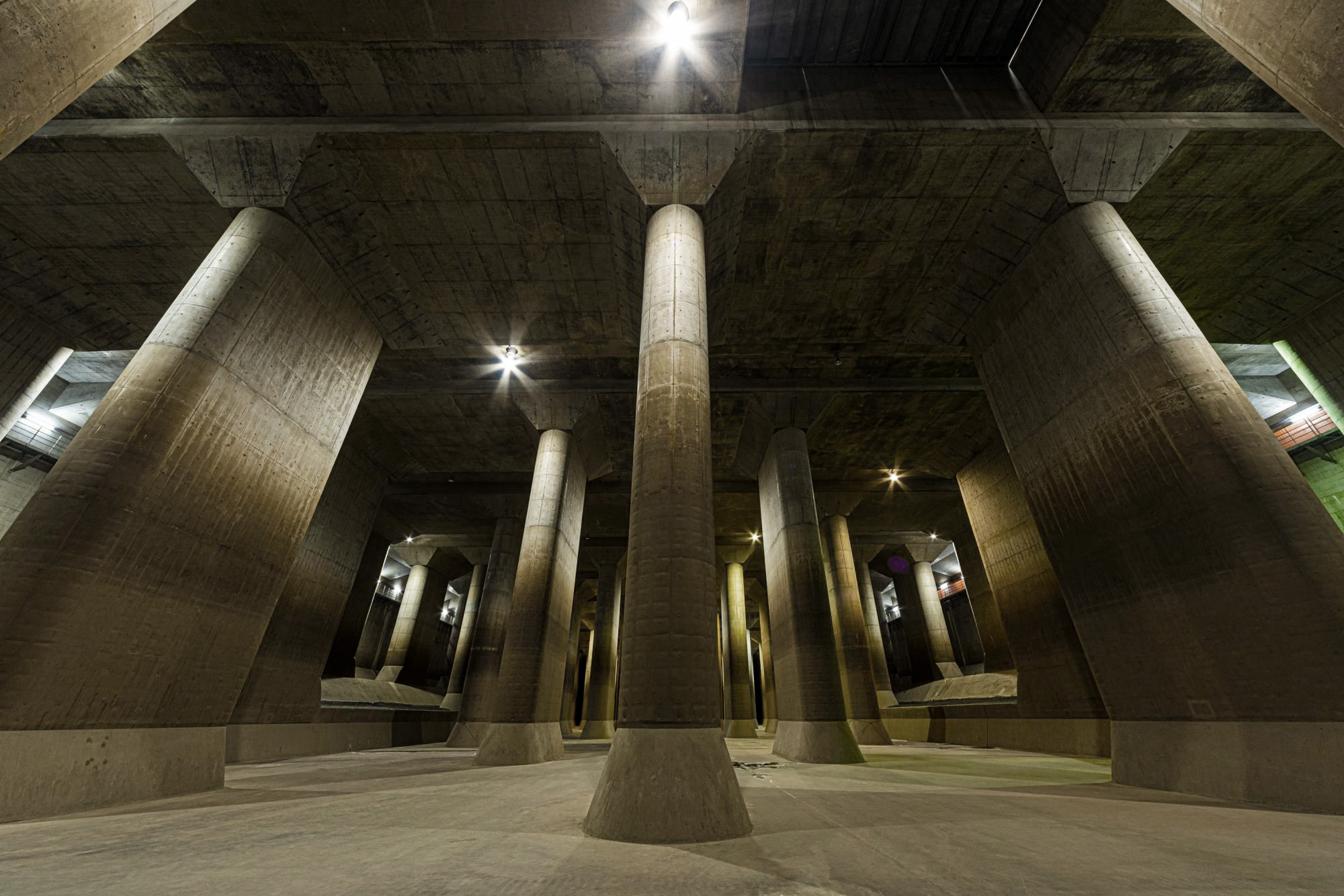 Explore Tokyo's depths at this underground marvel of modern engineering

Because low-lying Tokyo is vulnerable to flooding during the rainy and typhoon seasons, authorities built the world's largest underground flood diversion facility to mitigate any potential disasters. Now open to the public, paid tours of the site are available.

The pressurized water tank lies under Kasukabe, a town in Saitama Prefecture that's about 20 miles from central Tokyo and accessible by train.

A feat of modern engineering

The official name of the pressurized water tank and tunnel system is the Metropolitan Area Outer Underground Discharge Channel. This concrete tunnel system running 50 meters deep and 6.3 kilometers long is also known as “The Underground Tunnel.” This feat of modern engineering was built from 1993 to 2006. About seven times a year, it diverts water from heavy rainstorms and keeps the streets in the watershed and urban areas (areas north of Tokyo ) from turning into rivers.

Banks big enough to house the Statue of Liberty

This complex system consists of five massive shafts connected by four miles of tunnels. Each shaft is big enough to contain an entire Statue of Liberty. During heavy rainfall, water enters through the silos and runs along an underground tunnel, before shooting through a pressurized water tank, and draining into the Edogawa River.

When not diverting water into the Edogawa River, the Metropolitan Area Outer Underground Discharge Channel is open to visitors. Paid tours down into its depths, but you need to book your trip about four weeks in advance. Visiting the tunnel is popular and visiting times are restricted.

Safety is paramount at the complex. Visitors are required to be accompanied by a Japanese speaker and helmets and safety belts are required in the shafts. The tour course may be changed when the weather turns inclement.

Learn the ins and outs before you enter

Before reaching the underground facilities, you pass through the Ryukyukan Underground Exploration Museum. Here, you learn about how the system was built and how it works. After that, you're taken to an area where you can walk around among the massive pillars and a shrine-like giagantic undergournd space.

Not of this earth

If you're into Japanese film, television dramas or gaming, you may recognize some of your surroundings. The site has been used as an otherworldly backdrop for movies and commercials, as well as a design base for video games.