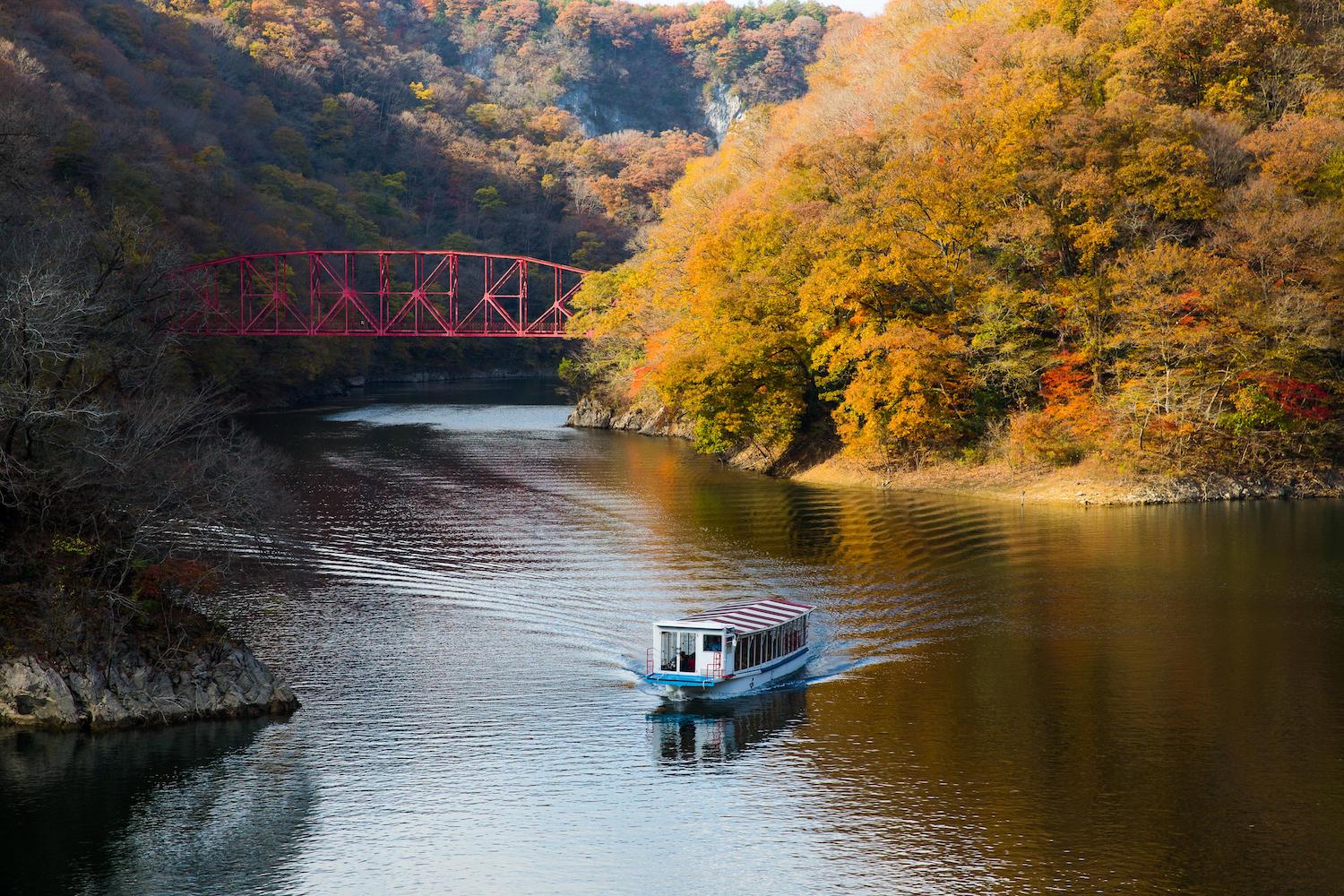 Taishaku Gorge's environs change with the seasons, offering a variety of views year round, from trees that bloom and flower in the spring to stunning autumnal foliage. Footpaths and bridges weave around and over the river, offering beautiful sights.

You can reach the gorge by train or bus.

It takes two and a half hours from Hiroshima Bus Center to Tojo Station by bus. It is a 20-minute walk from Tojo Station to Taishaku Gorge.

Taishaku Gorge is part of the Hiba-Dogo-Taishaku Quasi-National Park, which covers an area of nearly 80 square kilometers, and spans Hiroshima , Tottori , and Shimane prefectures. The areas have been carefully maintained and preserved, encouraging tourists and guests to explore while carefully maintaining the natural beauty in the park.

The Taishaku River has cut an amazing path through the area, resulting in waterfalls, limestone caves, and cliffs. The river itself also varies between being a soft stream and a gushing torrent of rapids, offering something for every nature lover to enjoy.

Embedded among the trees is the quaint Taishakuten Eimyoji Temple , which was established in 709. The surrounding area is actually named after the Buddhist deity said to be enshrined there, Taishakuten, a guardian of Buddhism and its teachings. While tourists are generally not allowed inside the main hall, the building is a wonderful sight.