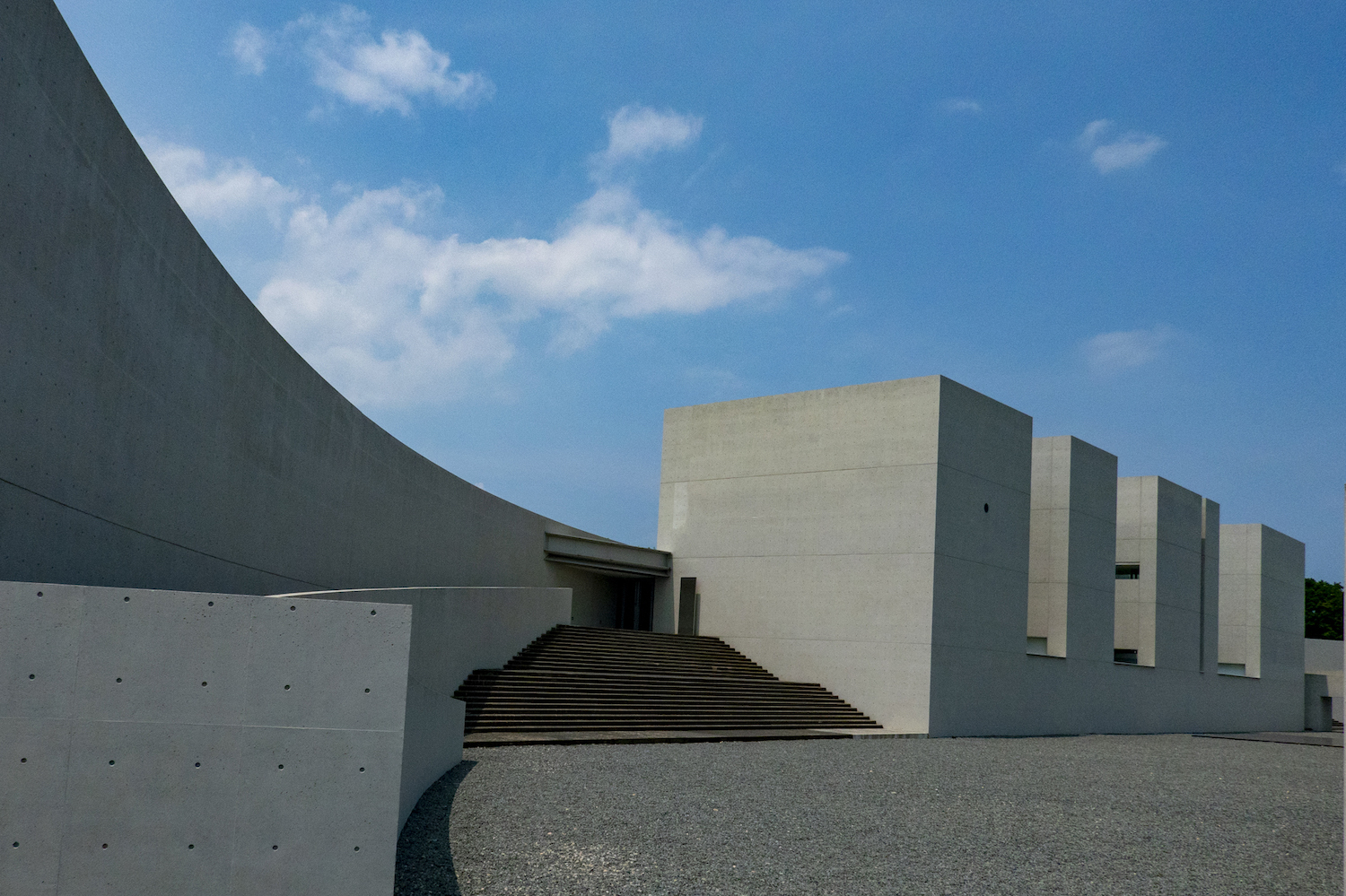 Shoji Ueda was a photographer famous for playing with space and mixing surrealistic elements into his work. He was particularly skilled at utilizing his subjects, often his family, to create his desired effect. Ueda loved using the landscape of his native Tottori as the background in his photos, since the wide open spaces gave him room to play and craft stories in his images. His style was so unique it earned its own appellation in French photography: Ueda-cho.

Ueda's subjects were often close family members, and much of his work was captured in the Sanin region, with Tottori Sand Dunes being a preferred setting. The simple brilliance of his 1950 piece, “Tsuma No Iru Sakyu Fukei” (My Wife in the Dunes), has garnered worldwide acclaim.

The museum can be reached by taxi from JR Yonago Station in around 20 minutes.

The museum building was designed by award-winning architect Shin Takamatsu. The building's design combines the abstract with the concrete, in both a literal and figurative sense, and is a fitting testament to Ueda's brilliance displayed within.

The concrete structure stands in the middle of nature's splendor, yet manages to frame the majestic brilliance of the area's most significant feature, Mt. Daisen .

The evolution of a photographer

Shoji Ueda was born in Sakaiminato, Tottori , in 1913. In 1996, he was awarded a Chevalier des Arts et des Lettres by the government of France. In 1998, he received the first Tottori Prefecture Prefectural Citizen Achievement Award.

The Shoji Ueda Museum of Photography opened in 1995, just five short years before Ueda's death. The gallery was designed with perspective and good architecture in mind. It offers incredible views of Mount Daisen, as well as the opportunity to take photos in the Ueda-cho style. There are pools of water, sheltered from the wind, which can be used to create a mirrored effect in photos. You can use the famous Ueda hat in your photos, or create your own composition. In addition to a massive collection of Ueda's work, there's a huge camera lens that reflects a 200 inch view of Mount Daisen.