TOKUSHIMA Naruto A whirlpool of a town

A whirlpool of a town

Naruto is famous for its incredible often huge whirlpools, up to 20 meters across. It is home to Japan's largest museum and the start of the The Shikoku Henro, or 88 Temple Pilgrimage .

Accessible by air, rail or bus.

By rail, it's eight hours from Tokyo to Naruto. You can use your Japan Rail Pass for the whole trip.

From Tokyo Station , take the JR Tokaido/Sanyo Shinkansen to Okayama (4 hours), and transfer to the JR Marine Liner to Takamatsu . Alternatively, take the Sunrise Seto night train from Tokyo to Takamatsu (10 hours). From Takamatsu take the Uzushio Limited Express to Ikenotani or Shozui Station and change to the JR Naruto Line to Naruto Station. From Naruto Station, regular city buses serve Naruto Park.

Highway buses are not covered by the Japan Rail Pass , but pass holders can save around 700 yen by taking JR trains to Maiko Station (45 minutes from Osaka) and boarding the highway bus there (1 hour to Naruto Park or 2,550 yen to Kosoku Naruto) instead of at Osaka Station.

The Naruto Strait lies in between Naruto and Awaji Island and the whirlpools form when the waters of the Seto Inland Sea collide with the powerful currents of the Kii Channel. The whirlpools appear each time the tides change and are at their largest in the spring and autumn when the tides raise sea levels by more than a meter. Whirpools have reached a swirling 20 meters in diameter.

Viewing the whirlpools by boat

There are several ways to appreciate this incredible force of nature and one of the more popular activities is to take a sightseeing boat and see the whirlpools up close from the deck.

Some boats even offer glass panels in the hull below the water for a subaqua view of the whirlpools. The boats provide excellent views of Naruto and the surrounding coastal scenery.

Walk over the whirlpools

Another popular option is to see the whirlpools from above. Built on the lower deck of the Onaruto Bridge — which connects Tokushima to Awaji Island — the 450-meter-long Uzu-no-Michi Walkway has sturdy glass floor panels that allow you to watch the whirlpools form. Suspended 45 meters above the sea, the spectacular bird's-eye view makes it easier to spot multiple whirlpools in a single glance.

After walking over the Onaruto Bridge, head to the Senjojiki Observatory to see the Onaruto Bridge in all its glory framed by the Naruto Strait . If you are so inclined, you can ride the 68-meter long escalator to the Eska Hill Naruto observation deck for a 360-degree panoramic view.

The world's art masterpieces in one place

Not far from the Onaruto Bridge is the Otsuka Museum of Art. With the largest exhibition space in Japan, the museum has a vast collection of artwork, including over 1,000 accurate replicas on ceramic panels of everything from Western masterpieces to murals. There is a complete to scale faithful reproduction of Michelangelo's ceiling and The Last Judgment of the Sistine Chapel.

Other sights in the Naruto area include the Naruto German House, a museum which remembers some one thousand German soldiers that were held in Naruto as prisoners of war during World War I. The soldiers were allowed a degree of freedom during their stay, and after the war Naruto and the German city of Lueneburg became sister cities. The German House was built as a gesture of goodwill.

A memorial to the German prisoners who died while in Naruto can be found at the nearby German Village Park.

One of Shikoku's most important temples

Naruto is home to Ryozenji Temple , an important Buddhist temple founded in the 8th century that is the first temple along The Shikoku Henro, or 88 Temple Pilgrimage .

Ryozenji Temple serves not only as the starting and but also as the ending point for the pilgrimage, and the temple grounds are often bustling with many white-clothed pilgrims either just beginning or completing their journey around the island. The temple grounds are very attractive and include a fine wooden gate at the entrance and a pond along with a two-story pagoda. 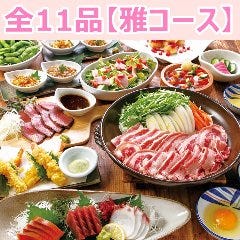 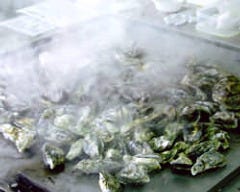 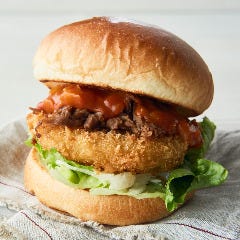