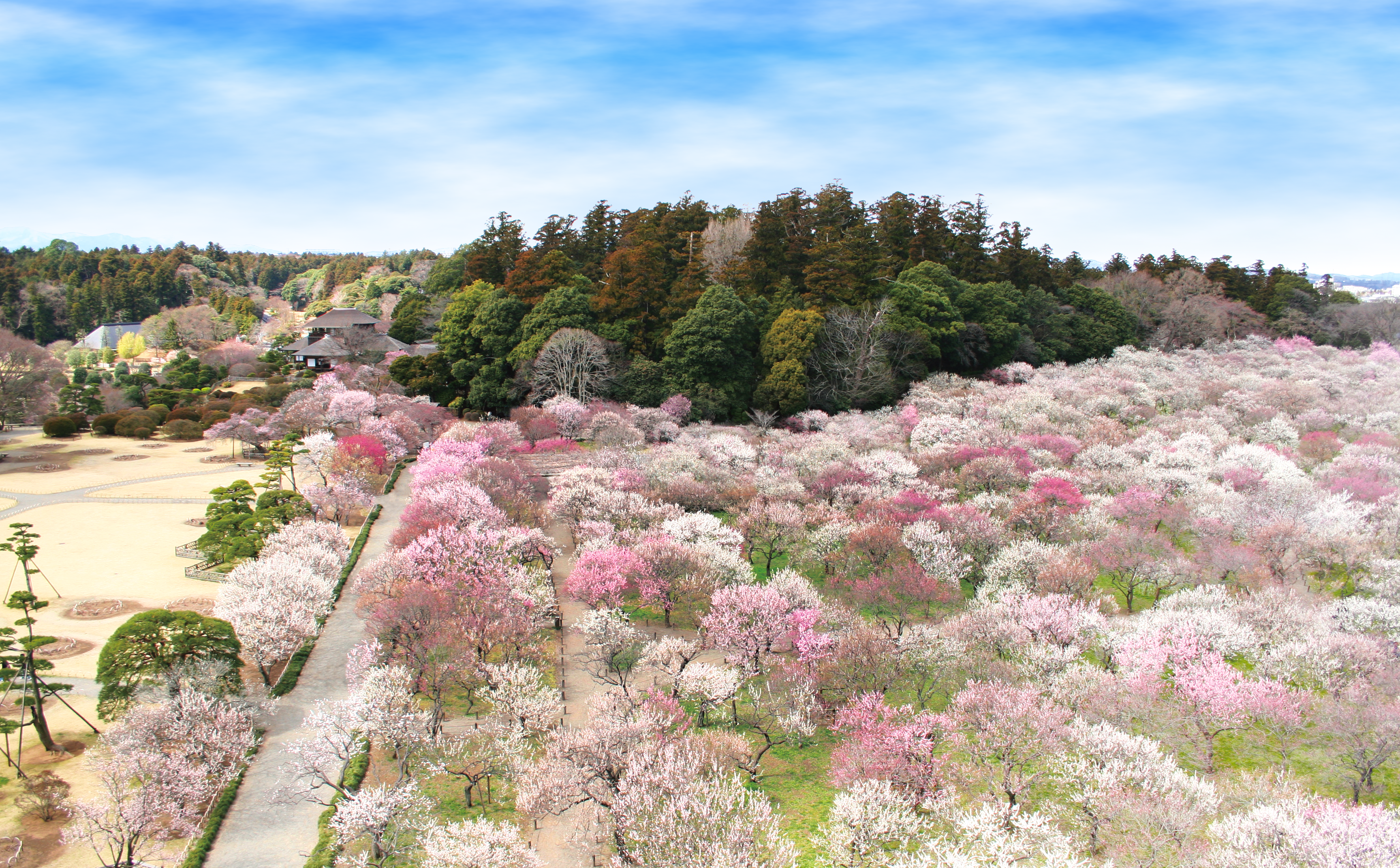 A blooming dreamworld of ethereal colors

Mito is famous for its many plum trees, and the Mito Plum Blossom Festival at Kairakuen celebrates their pink and white blooms. Running from late February to late March and proclaiming the coming of spring, this is one of eastern Japan's biggest festivals.

Take the JR Joban Line from Shinagawa, Tokyo or Ueno Station to Mito Station. From Mito Station, it's a 30-minute walk along the edge of Lake Senba or a 20 minute bus ride to Kairakuen Garden.

Kairakuen is considered one of the three great gardens in Japan, along with Kenrokuen in Ishikawa Prefecture and Korakuen in Okayama Prefecture

The Mito Plum Blossom Festival is held at Kairakuen Garden ,a huge and historic park at the center of Mito. The park is known for its natural beauty in all seasons but particularly in early spring, when its 3,000 plum trees are in bloom. The park has a total of 100 varieties of plum trees with many different-colored flowers.

The renewal of spring

When the plum trees are in bloom, Kairakuen becomes a delicately shaded dreamworld. Seeing plum trees blossoming symbolizes the end of the long, cold winter and the coming of spring. During the Mito Plum Blossom Festival, the park fills with revelers enjoying the pretty colors, and picnicking.

Special events to keep you around

Special events occur during the festival as well. They include guided tours of the garden, snack stands, vendors selling ume-related goods, and a fireworks display.