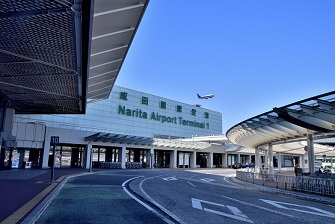 Narita International Airport (NRT) is where most visitors get their first taste of Japan. It's a modern, convenient, and well laid-out airport with plenty to see and do. Its two main terminals offer shops, restaurants, relaxing waiting areas, observation decks, and activities to keep you entertained.

Given that it's Tokyo's main international hub, there are a number of ways to get to and from Narita Airport.

The most common way to access Narita is by catching Japan Railway's Narita Express (NEX), which makes stops at a number of major stations including Shinagawa, Shibuya, Shinjuku, Ikebukuro, and Tokyo. A one-way trip takes around an hour.

If you're traveling by local train you can catch the JR Sobu Line (Rapid Service) from Tokyo Station. Keisei operates several lines-Skyliner, Morningliner, and Eveningliner, which all connect to the Yamanote line.

There are also a number of alternatives including privately run limousine bus services that typically depart from Tokyo Station or larger hotels.

Narita International Airport has a great selection of famous sweets and popular souvenirs from around the country. While some can be found in general stores or local areas, others are limited-edition products that can only be purchased at the airport.

One of Narita International Airport's main attractions is the observation decks. The two main terminals have free observation decks where you can relax and watch the airplanes take off and land. There are benches facing the runways and outdoor tables, as well as nearby convenience stores offering snacks and drinks.

Restaurants at the airport include traditional Japanese food such as sushi, ramen, tonkatsu, curry, udon, and soba. In addition there are restaurants that serve Chinese food, pasta, and fast food, as well as cafes and bars serving drinks and snacks There are also restaurants that offer Halal and vegetarian options, so you're sure to find something that satisfies your taste and dietary needs.