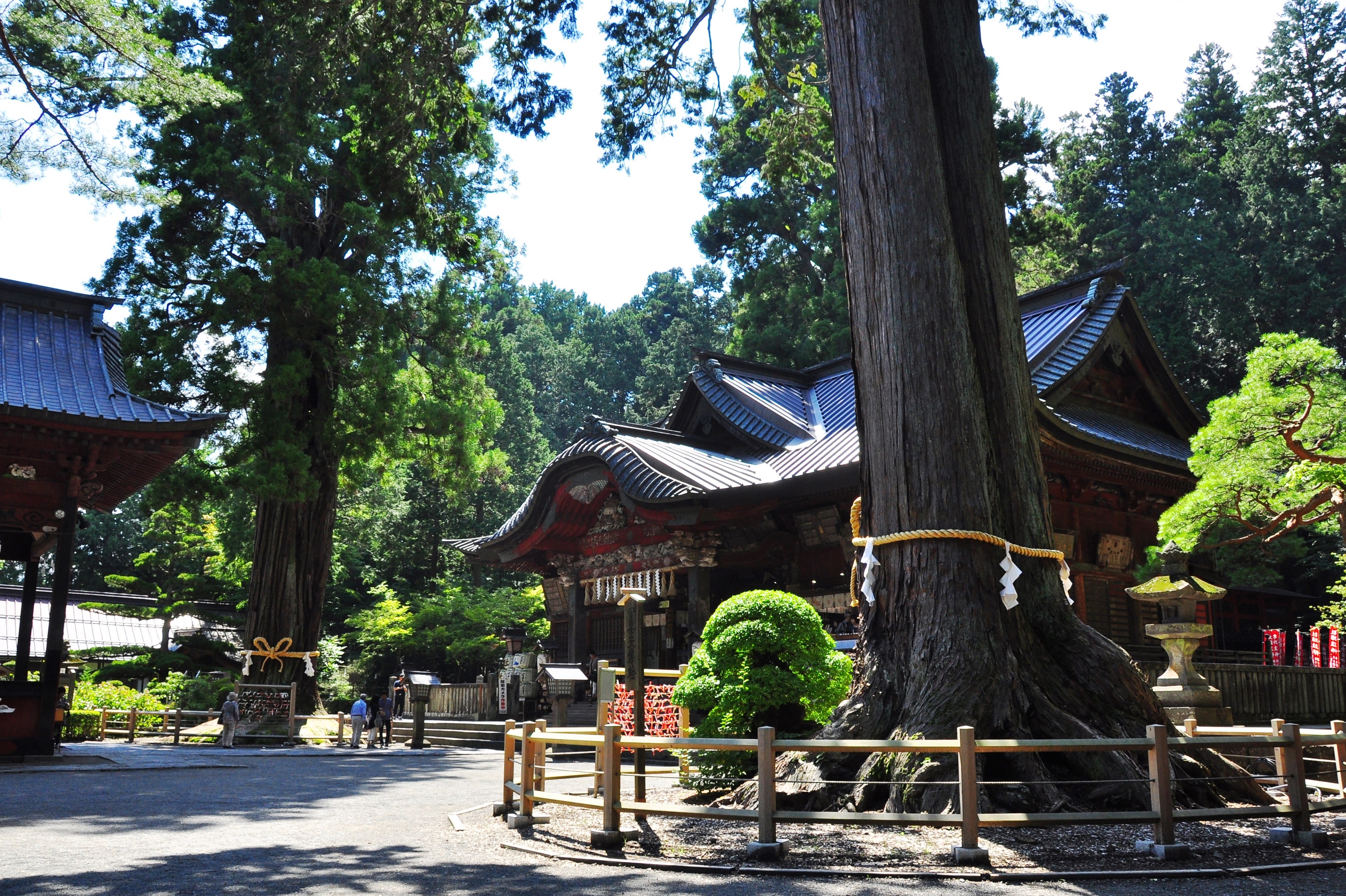 Visit the starting point for pilgrimages to the summit of Mt. Fuji

Kitaguchi Hongu Fuji Sengen-jinja Shrine is located in southeastern Yamanashi near the border of Shizuoka . Ancient stone lanterns lead to a massive shrine gate and the main building, which is surrounded by thousand-year-old trees.

You can get to the shrine by train then by bus.

Take an express train from JR Shinjuku Station to JR Otsuki Station on the JR Chuo Line, which is about an hour. Change to the privately-run Fuji Kyuko Line for Fujisan Station, the station closest to the shrine and the Yoshida Trail (the JR Pass is not accepted).

During the climbing season , July through August, there is a bus from Fujisan Station to the shrine.

Away from the everyday world

The enormous gate, Fujisan Otorii, marks your departure from this world and your arrival in the world of the sacred.

Pay particular attention to the massive thousand-year-old Japanese cedars that surround the shrine. These trees stand as a testament to the ancient practice of venerating Mt. Fuji. Taro is the name of the tree at the front of the shrine, while Jiro, his twin, is at the back.

During the Edo period (1603-1867), followers of the Fujiko faith would begin their ascent of Mt. Fuji from a small gate located at the back of the shrine.

Although it is still possible to walk directly from there to the top of the mountain, the path between the shrine and Umagaeshi, also the entrance to the Yoshida Trail , has been lost to time. If you do plan to walk from the shrine, map out your route with the GPS feature that accompanies most smartphones.